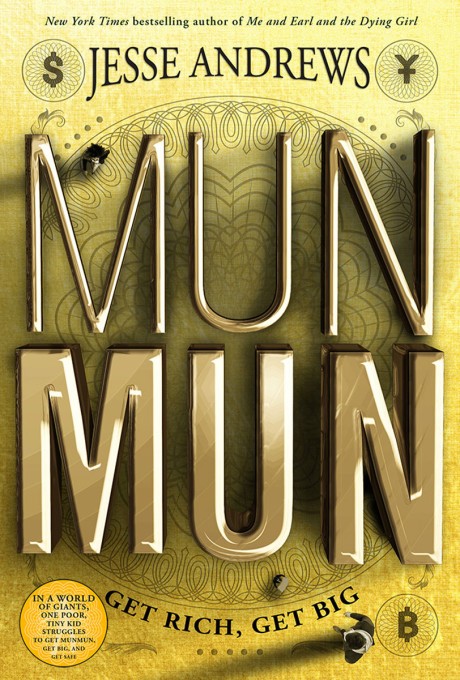 In an alternate reality a lot like our world, every person’s physical size is directly proportional to their wealth. The poorest of the poor are the size of rats, and billionaires are the size of skyscrapers.

Warner and his sister Prayer are destitute—and tiny. Their size is not just demeaning, but dangerous: day and night they face mortal dangers that bigger richer people don’t ever have to think about, from being mauled by cats to their house getting stepped on. There are no cars or phones built small enough for them, or schools or hospitals, for that matter—there’s no point, when no one that little has any purchasing power, and when salaried doctors and teachers would never fit in buildings so small. Warner and Prayer know their only hope is to scale up, but how can two littlepoors survive in a world built against them?

A brilliant, warm, funny trip, unlike anything else out there, and a social novel for our time in the tradition of 1984 or Invisible Man. Inequality is made intensely visceral by an adventure and tragedy both hilarious and heartbreaking.

**STARRED REVIEW**
"Warner’s distinctive voice and language compel readers to pay attention to this detailed world . . . Brilliant, savage, hilarious, a riveting journey through a harsh world that mirrors our own."
Kirkus —

**STARRED REVIEW**
"In a brash and wildly inventive novel, Andrews (Me and Earl and the Dying Girl) effectively uses a gonzo alternate reality to frame urgent issues that include income inequality, rampant consumerism, and class disparity. Warner may be small, but his giant heart and brutally honest narration propel this intense, cuttingly funny novel."
Publishers Weekly —

"MunMun takes a swipe at today’s economic and political climate. It parodies the outlandish lifestyles of the supersized superrich contrasted with that of the destitute, tiny ultrapoor."
VOYA Magazine —

Jesse Andrews is the New York Times bestselling author of Me and Earl and the Dying Girl and the screenwriter of that book’s Sundance Grand Jury Prize–winning movie adaptation. He’s also the author of The Haters, which Booklist called “effortlessly readable, deeply enjoyable,” in a starred review. He lives in Brooklyn.