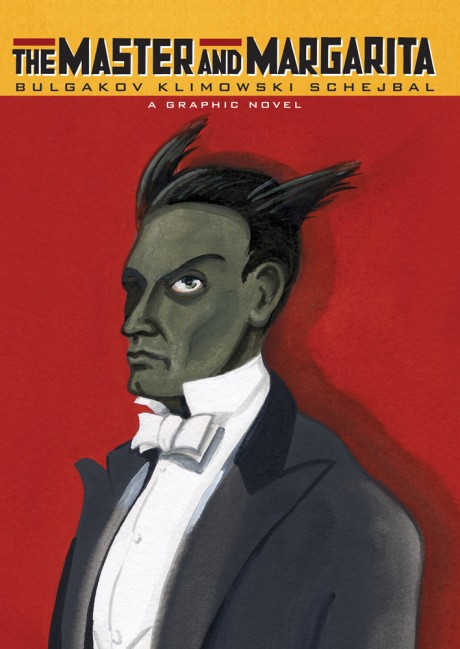 The Master and Margarita

By Mikhail Bulgakov
Adapted by Andrzej Klimowski and Danusia Schejbal

The Devil arrives in Moscow, accompanied by a bizarre band of acolytes: a witch, an assassin, and a talking cat. Together, they systematically wreak havoc in the Russian capital. Caught up in the chaos are two lovers: the Master, a writer broken by criticisms of his novel about Pontius Pilate, and Margarita, for whom the Devil has his own plans.

At once a love story, a meditation on the nature of good and evil, and a brilliant satire of mid-20th-century Soviet life, The Master and Margarita was initially banned by the very bureaucracy it criticized. In this captivating, beautifully drawn graphic novel, Andrzej Klimowski and Danusia Schejbal bring to vibrant life the masterpiece that has since become the defining work of 20th-century Russian literature.