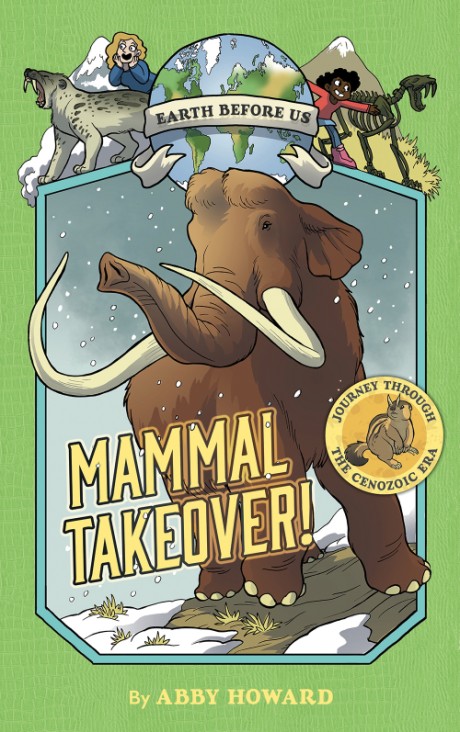 Mammal Takeover! (Earth Before Us #3)

Journey through the Cenozoic Era

The third installment in the Earth Before Us series travels through the Cenozoic Era, the Ice Age, and up to the dawn of humanity, now in paperback

After the dinosaurs died out, Earth was by no means empty. There were still some little resourceful critters around who, without big predators to hunt them down, survived and thrived. Who were these scrappy creatures? Early mammals, our ancestors! In the Cenozoic Era, mammals rose to dominance and spread over the globe, resulting in woolly mammoths, saber-toothed tigers, and eventually all of humankind. In this adventure, we meet the three kinds of mammals—monotremes, marsupials, and placental mammals—as well as the other amazing ancient beasts they shared the Earth with during the Cenozoic Era. The graphic novel tracks Earth’s history from 66 million years ago to present day, ending with an impassioned yet hopeful discussion of climate change.

Want more adventures in prehistoric Earth? Check out the other books in the Earth Before Us series: Dinosaur Empire! and Ocean Renegades!

Abby Howard is the creator of the comic website Junior Scientist Power Hour and the author of the Earth Before Us series. Before becoming a full-time artist, Howard studied evolutionary biology at McGill University, where her deep interest in dinosaurs was born.