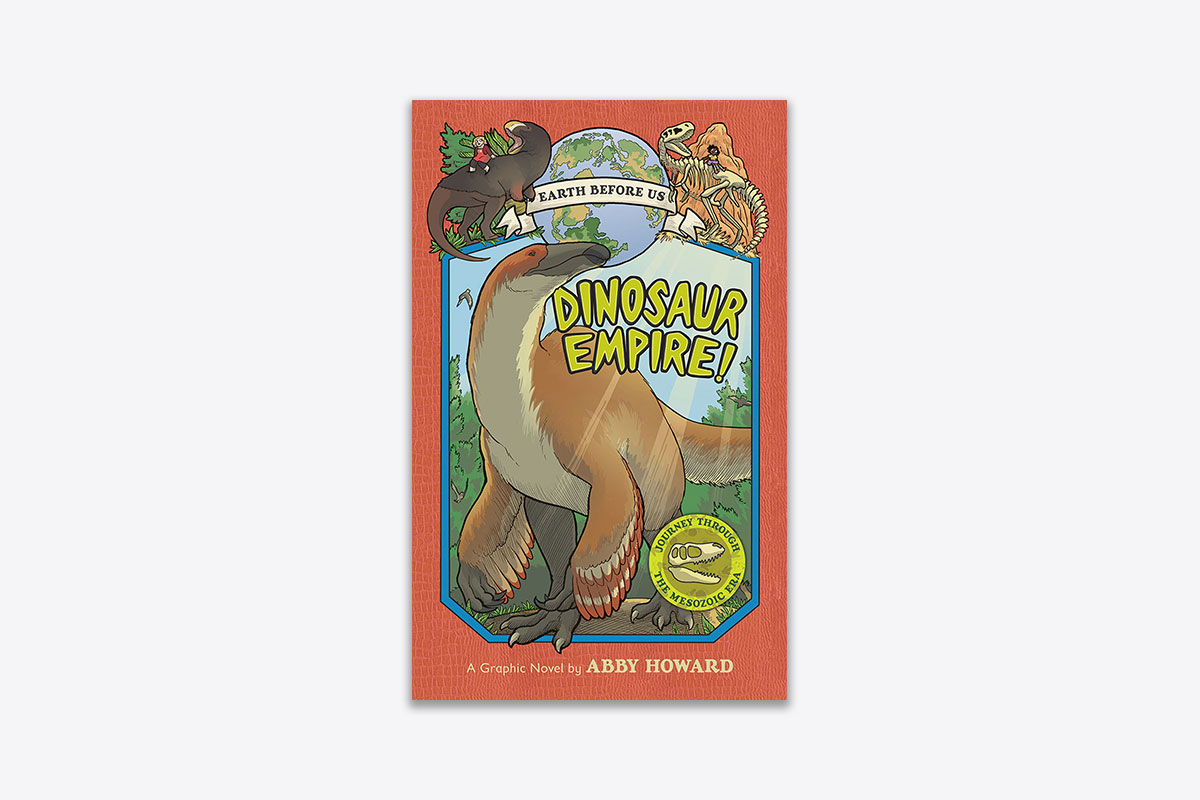 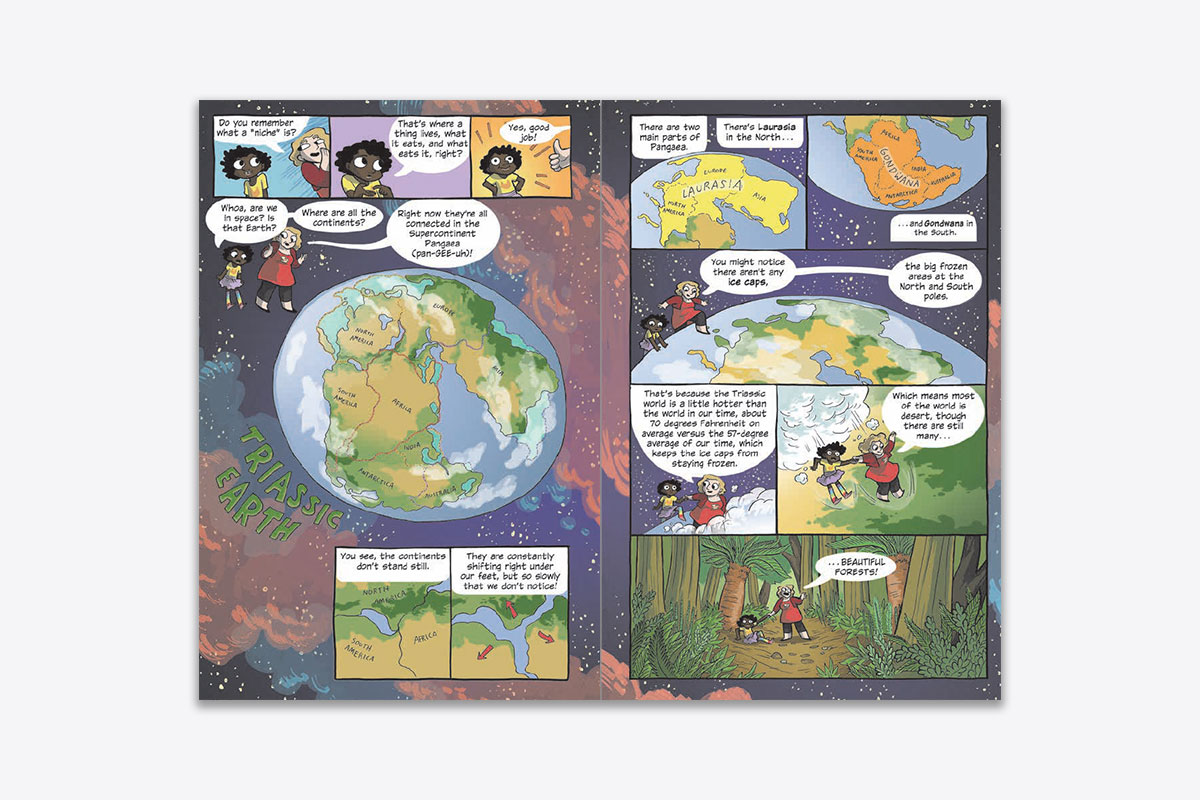 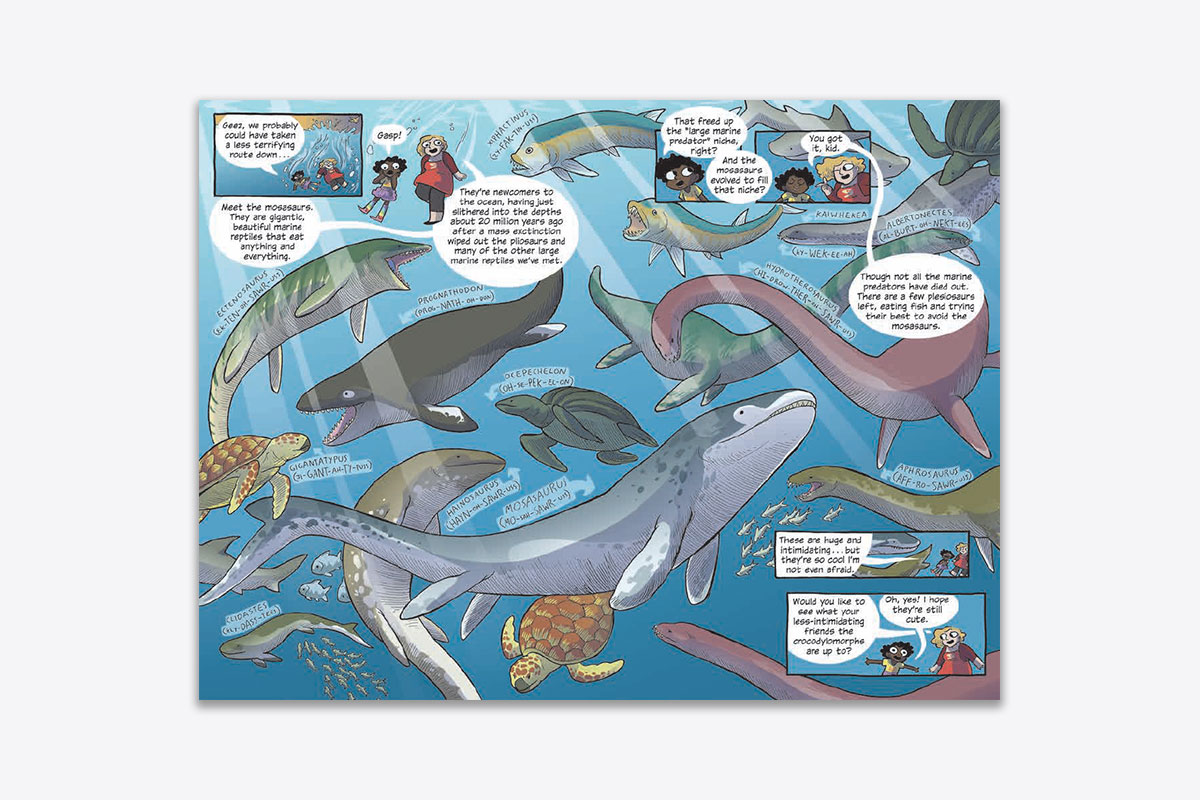 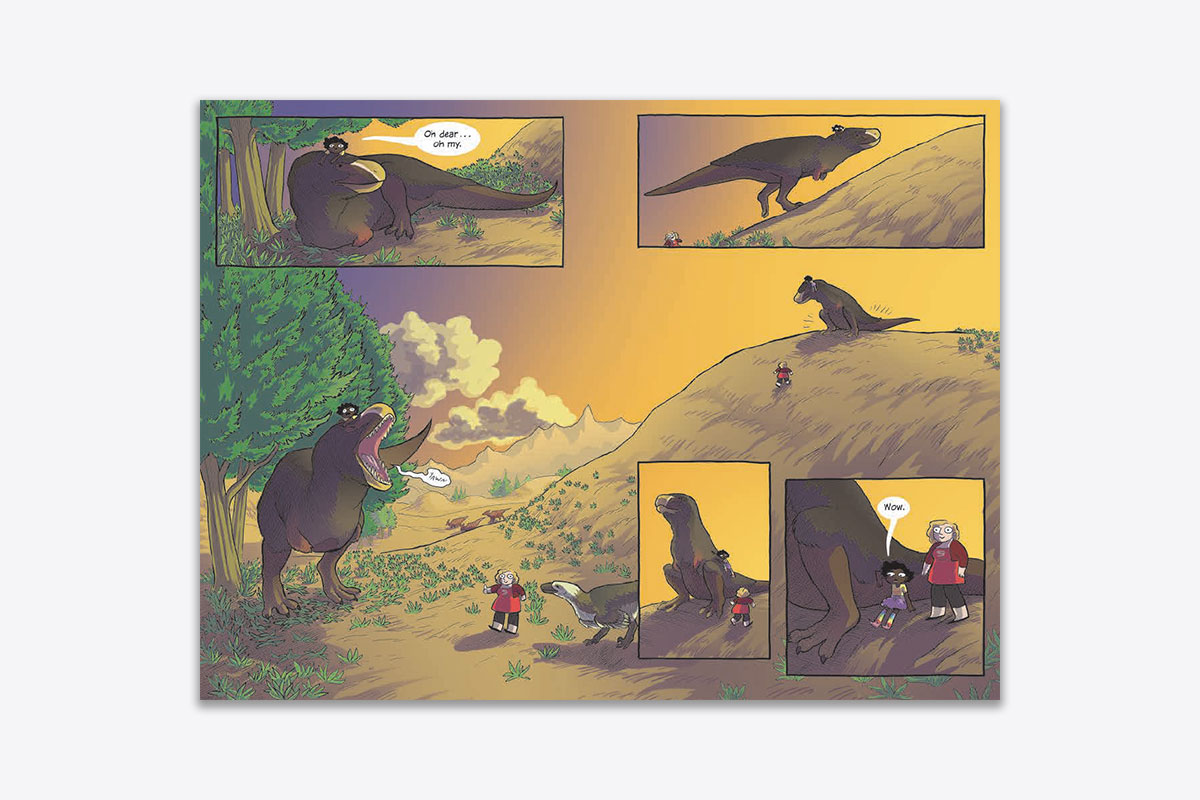 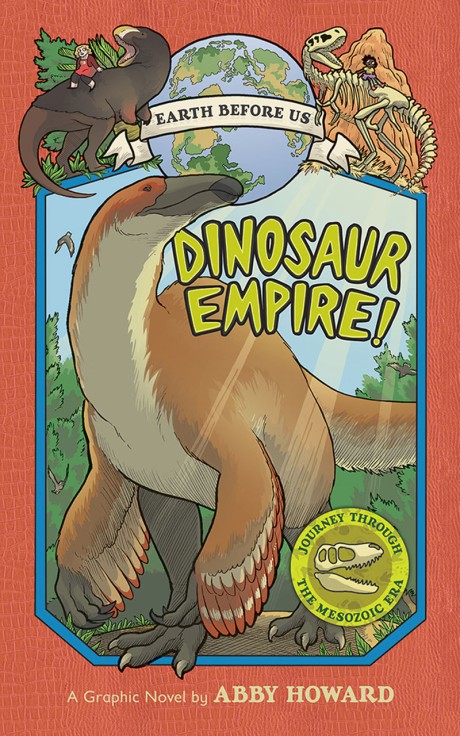 Dinosaur Empire! (Earth Before Us #1)

Journey through the Mesozoic Era

Travel back in time to the age of the dinosaurs in this installment of the hit nonfiction graphic novel series about prehistoric Earth!

Ronnie is just a normal fifth-grader trying to pass her science class’s impossible quiz on the history of dinosaurs . . . until she runs into her neighbor—Ms. Lernin, a retired paleontologist. Ronnie and Ms. Lernin travel back through time to experience the age of the dinosaurs firsthand. They visit three important time periods of the Mesozoic Era: the Triassic, the Jurassic, and the Cretaceous. Along the way, Ronnie finds herself face-to-face with real-life dinosaurs and reptiles, like Stegosauruses, Velociraptors, and Thalattosaurs. She learns the differences between herbivores, carnivores, and omnivores, as well as between dinosaurs, insects, and reptiles. This hilarious and fact-filled graphic novel brings the age of the dinosaurs to life and shows the important effects this era had on our world today.

Want more adventures in prehistoric Earth? Check out the other books in the Earth Before Us series: Ocean Renegades! and Mammal Takeover!

**STARRED REVIEW**
"An information-dense but fast-moving exploration of how scientists have come to understand life in that period (dinosaurs, as well as mammals, insects, and sea life), clearly and amusingly explained through the duo’s dialogue."
Publishers Weekly —

"It’s an effective way of putting the vast history of the world before humans in perspective; dinosaur nuts (and there are many) will eat it up."

"The graphic panels teem with (labeled) prehistoric life including, along with dozens of dinos, many early mammals and other contemporaries. Howard depicts nearly all of this fauna with snub noses and such friendly expressions..."
Kirkus —

Abby Howard is the creator of the comic website Junior Scientist Power Hour. Before becoming a full-time artist, Howard studied evolutionary biology at McGill University, where her deep interest in dinosaurs was born.