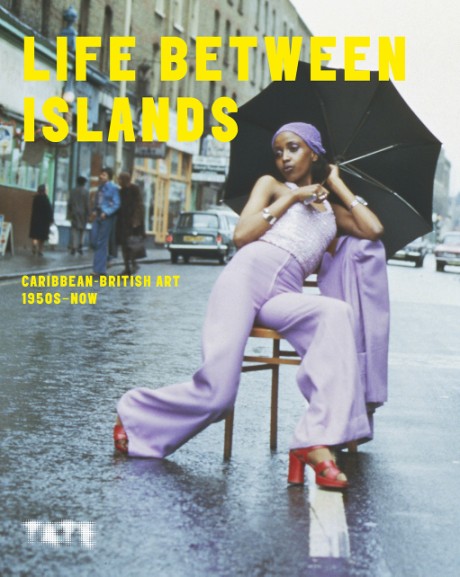 By Alex Farquharson and David A. Bailey, MBE

This fascinating book traces the connection between Britain and the Caribbean in the visual arts from the 1950s to today, a social and cultural history more often told through literature or popular music. With its multi-generational perspective, it reveals that the Caribbean connection in British art is one of the richest facets of art in Britain since the Second World War, and is a lens through which to understand the Caribbean diasporic experience in all its social, cultural, psychological, and political complexities across generations.
Features over 40 artists, including Aubrey Williams, Donald Locke, Horace Ové, Sonia Boyce, Claudette Johnson, Peter Doig, Hurvin Anderson, Grace Wales Bonner, and Alberta Whittle.

Alex Farquharson is the Director of Tate Britain and leads on conceiving and delivering the museum’s artistic program. David A. Bailey MBE is a photographer, writer, curator, lecturer, and cultural facilitator. He is the founding Director of ICF (International Curators Forum) and a Trustee of the Stuart Hall Foundation.