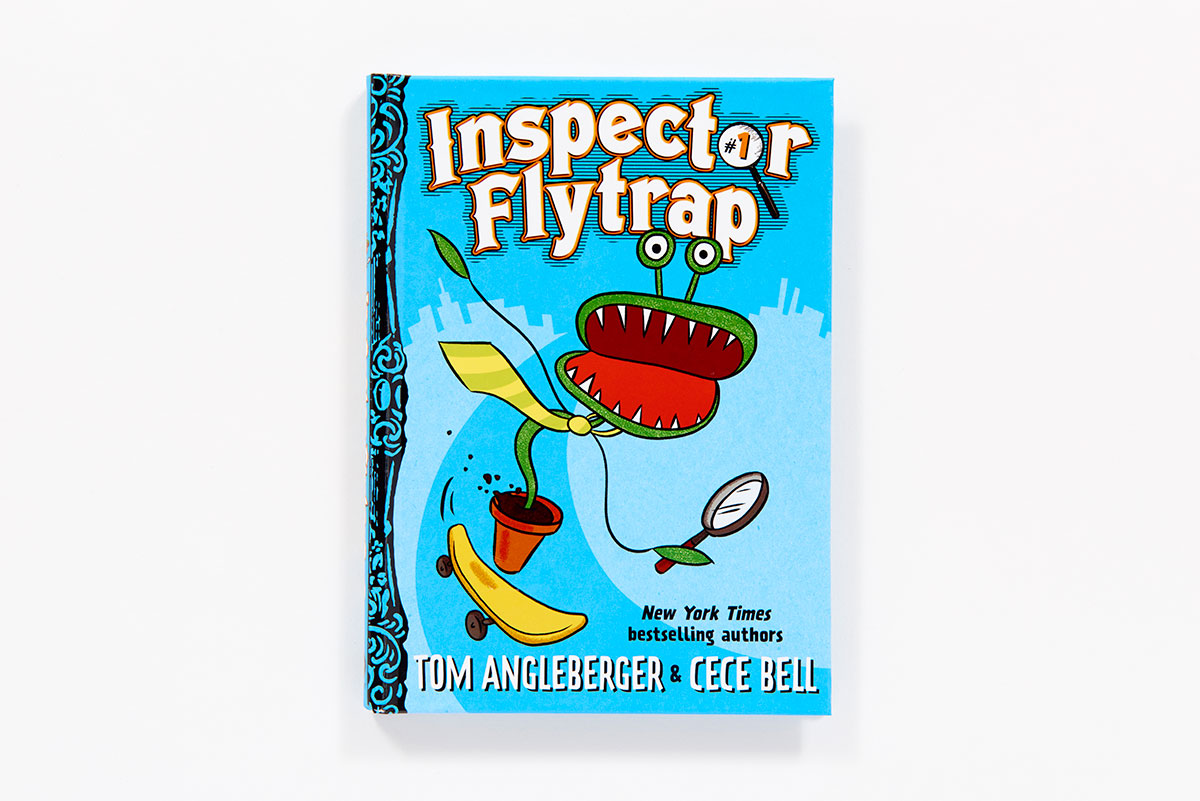 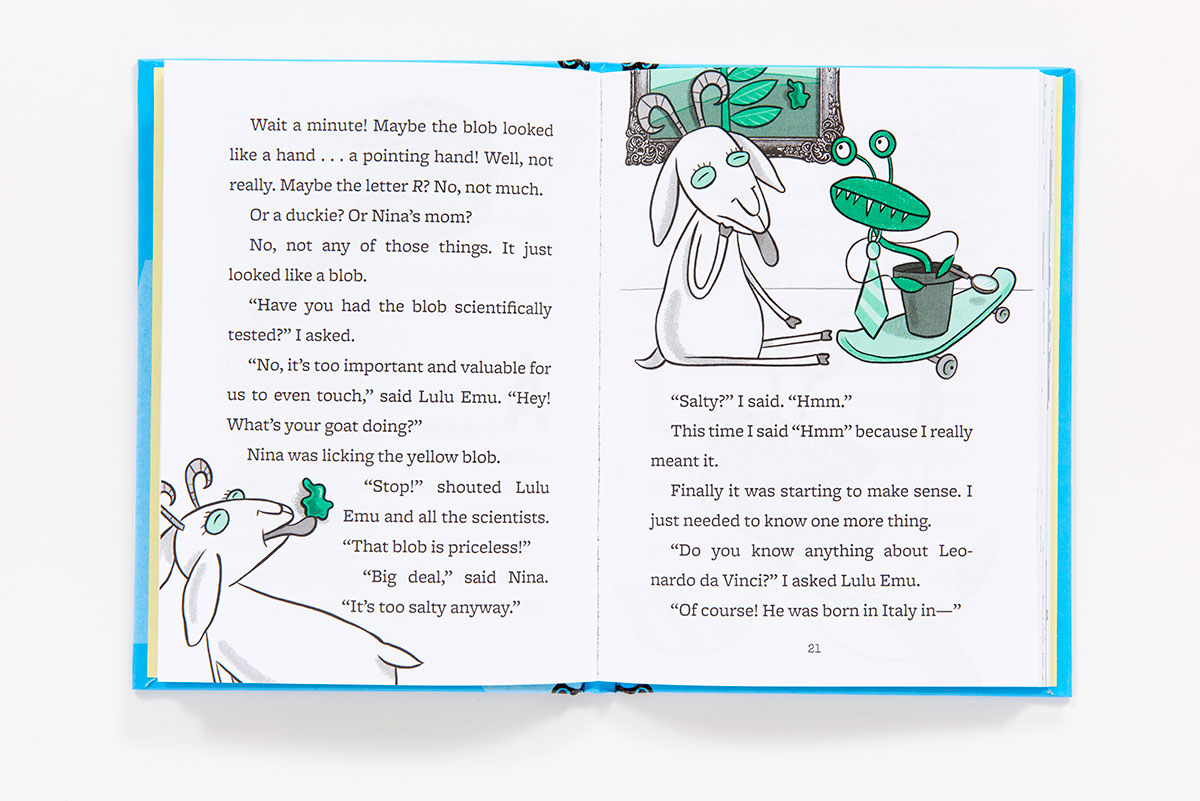 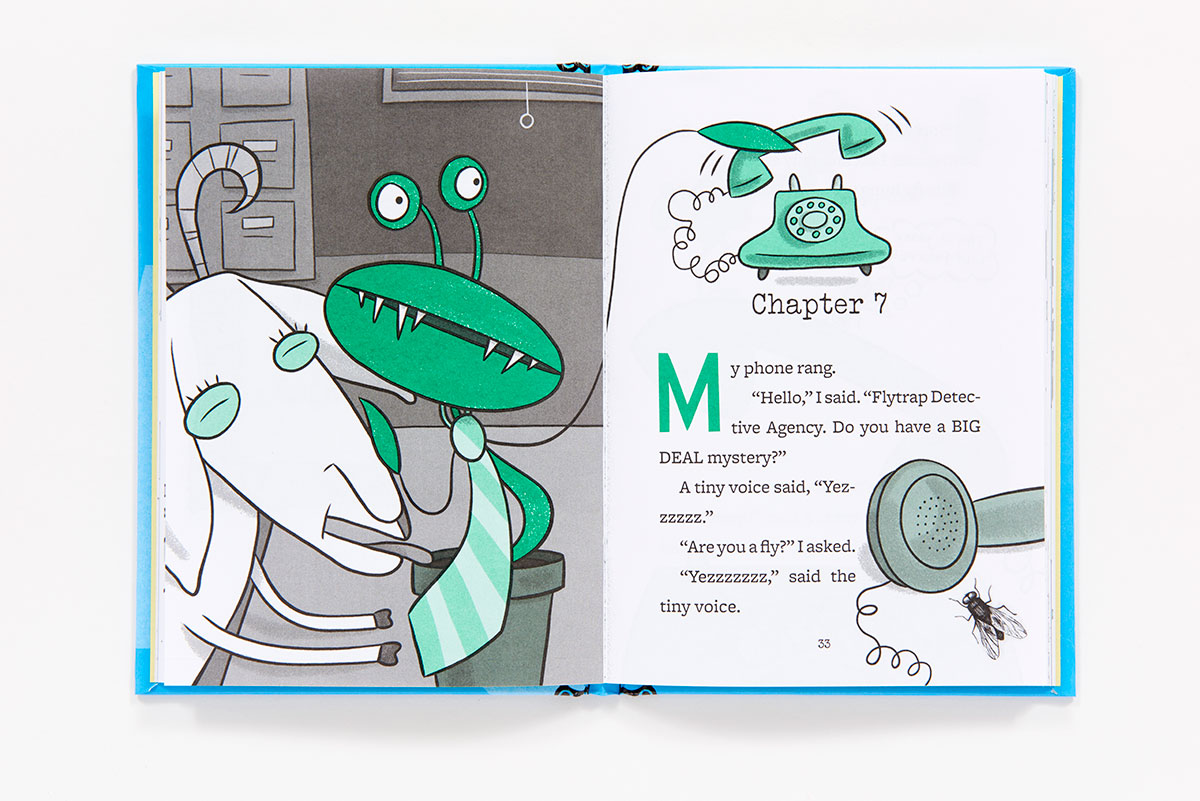 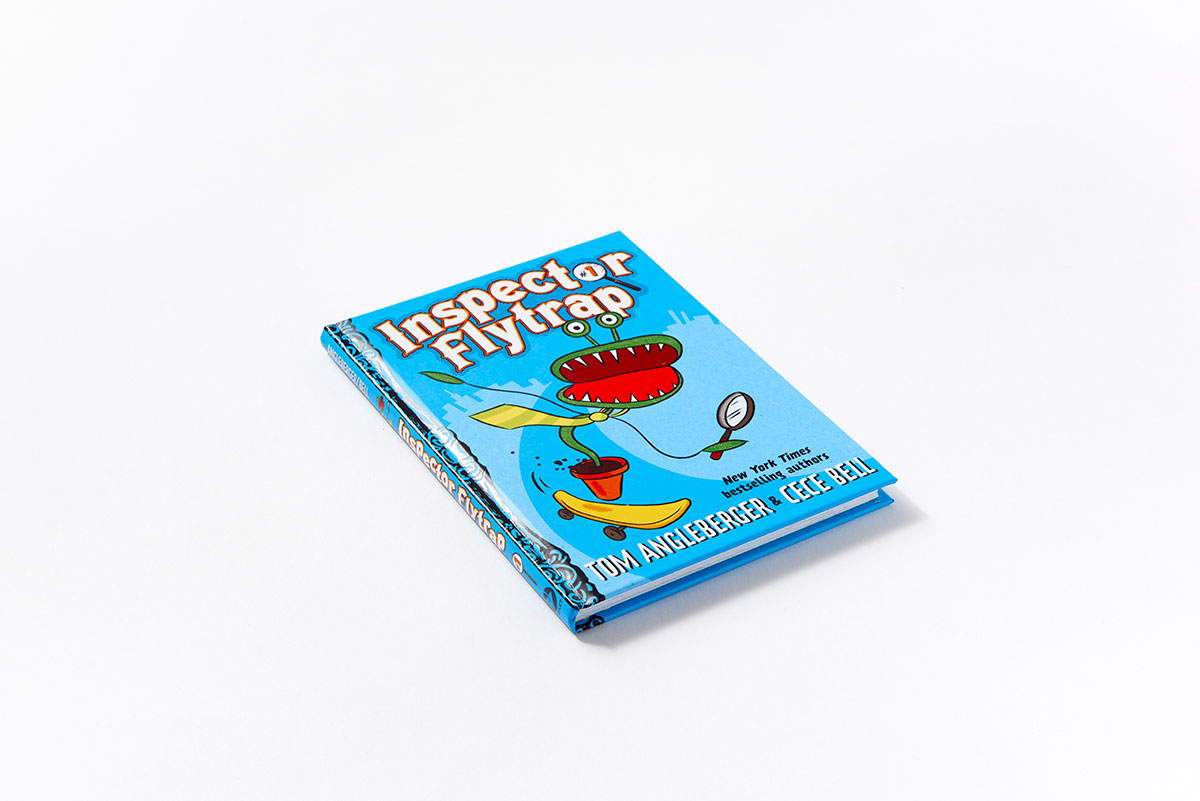 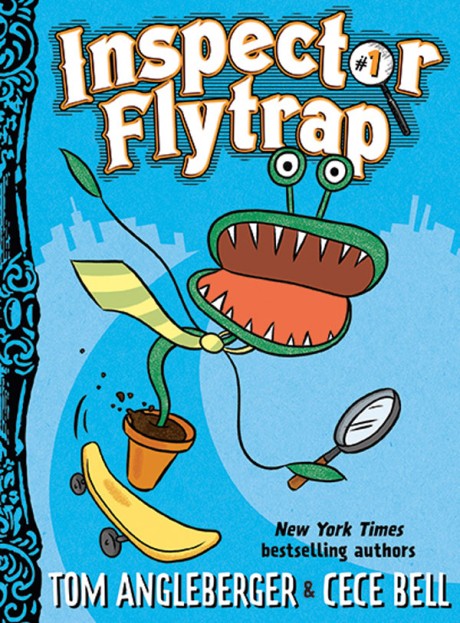 Meet Nina the Goat! She's a goat and Inspector Flytrap's trusty assistant—except when she eats the clues!

Together, they're a great mystery-solving duo! Follow along as they decode a secret message, investigate a stinky shoe, and figure out other big and tasty mysteries.

"Angleberger established his aptitude for finding kids’ funny bones with his Origami Yoda series, and he doesn’t hold back in this wacky new series for elementary schoolers... Running gags and gross-out humor will keep readers in stitches, with Nina acting as “straight goat” to the more animated detective—when she is not eating the evidence, that is. Bell’s cartoonish illustrations appear on almost every page, ramping up the laughs."
Booklist —

“The direct storytelling makes the episodic structure engaging but accessible, and the repetition both in the narration and the dialogue (“Big deal” is a common utterance, especially by Nina) gives multiple opportunities to practice decoding skills. Black and white illustrations can be found on nearly every spread, helpfully giving context clues to readers while moving the story along. This will snare transitioning readers like Flytrap snags his lunch.”
BCCB —

"Generous illustrations spilling across the pages humorously set the mean-streets, noirish scene, complete with beat-up office and Bakelite phone, and Bell manages the challenge of giving a potted plant both personality and verve."
The Horn Book —