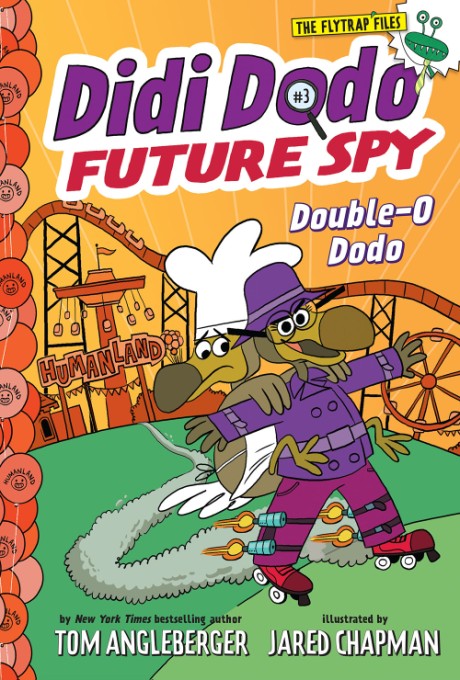 Don’t miss the thrilling final adventure of Didi and Koko Dodo in this next chapter book in the Flytrap Files universe, from New York Times bestselling author Tom Angleberger

Meet Didi Dodo. She's a spy who's ready to skate to the rescue.

Meet the Queen. She's a duck and Koko's trusty assistant.

When Koko Dodo comes into his Cookie Shop, he finds that the Queen has been kidnapped—or . . . ducknapped! Over a frantic phone call, she tells Koko that she's been taken by a human, which is preposterous. Everyone knows that humans aren't real!

Didi Dodo is on the case and has a plan: Go undercover at the Humanland amusement park to find the Queen and save the day!

Follett's Behind the Book Author Takeover with Tom Angleberger

Tom Angleberger is the New York Times bestselling author of the Origami Yoda series as well as many other books for kids. He lives with his family in Virginia. Jared Chapman is the author-illustrator of the bestselling Vegetables in Underwear, as well as Fruits in Suits and Pirate, Viking & Scientist. He lives in Texas.