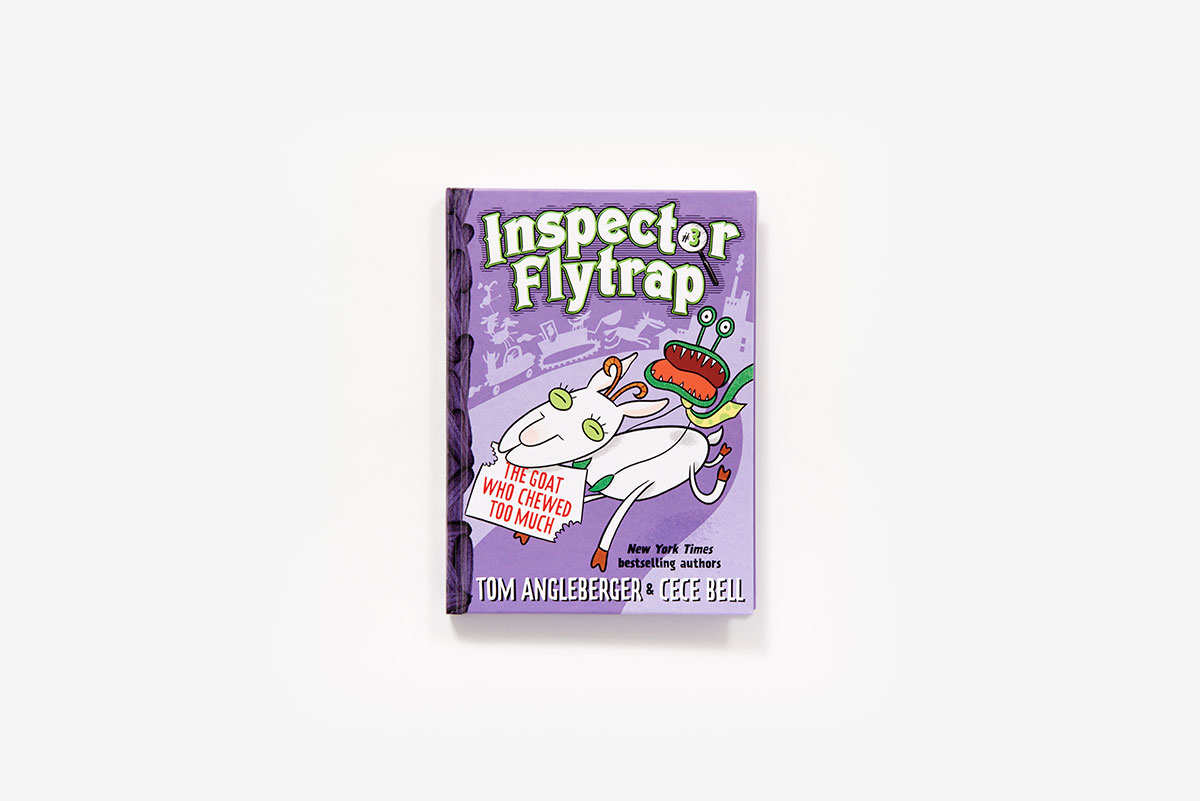 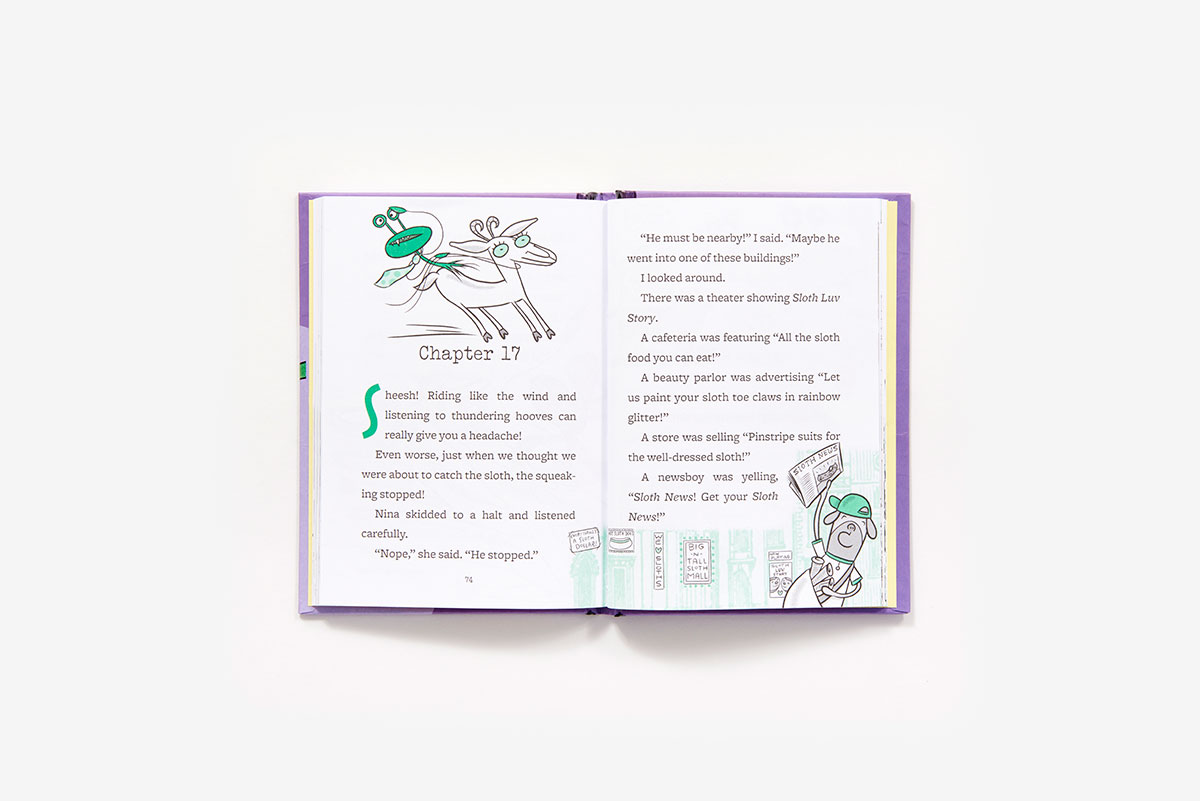 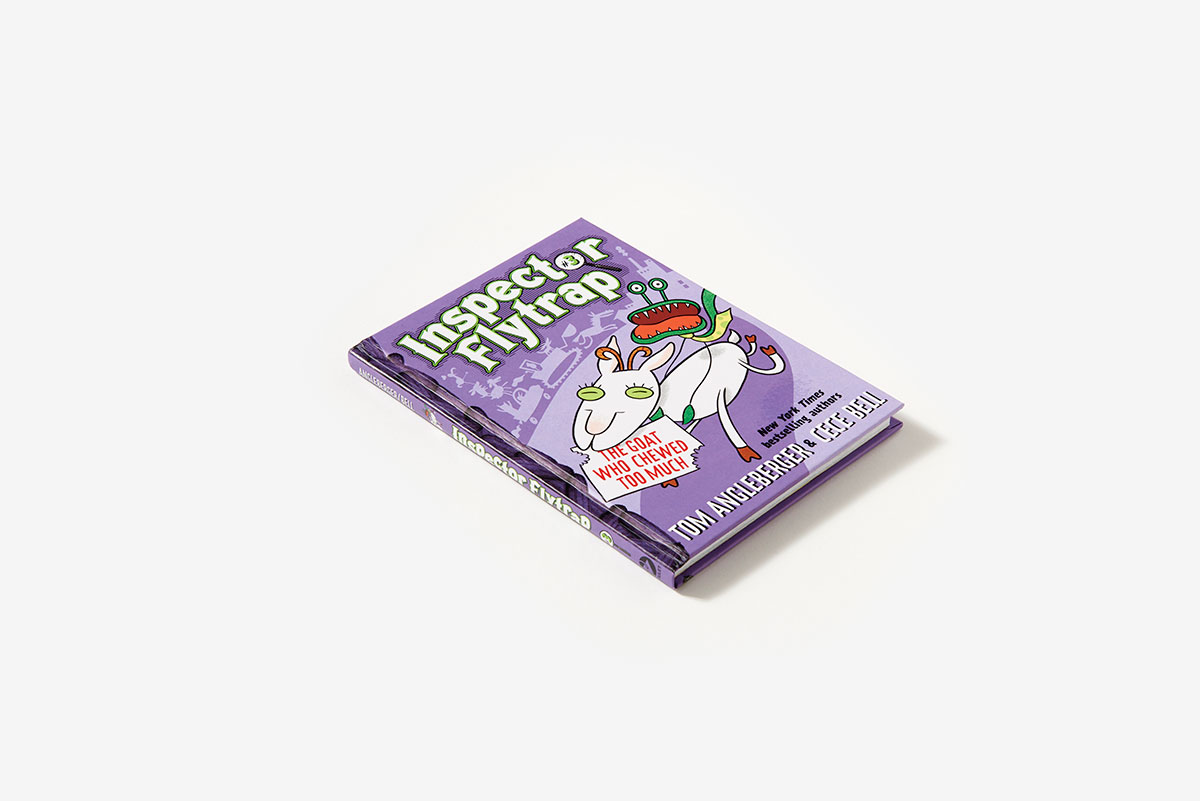 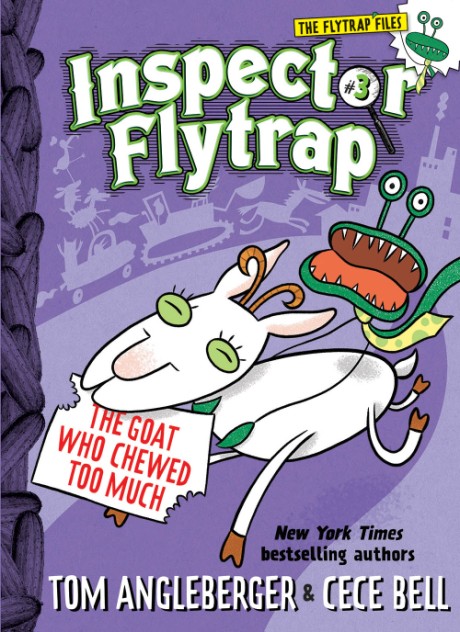 Meet Nina the Goat. She's a goat and Inspector Flytrap's trusty assistant—except when she eats the clues!

Follow along as they solve a train robbery, sneak into a dog show, and capture a master criminal!

**STARRED REVIEW**
"Bell’s mixed-media illustrations, done in gray and green, appear on every page and add humor to Angleberger’s already hilarious text, whether with simple line drawings, funny diagrams, or absurd collages. The relationship between the animated inspector and the deadpan, ever-nibbling Nina develops in touching ways, and many familiar characters return to enrich this witty, wacky romp of a mystery."
Booklist —

"Peppered with just the right amount of humor to keep readers laughing all the way through... This one is a perfect introduction to nonsense and humor, and it is also great for supplemental reading for emerging readers who are learning to tackle longer pieces."