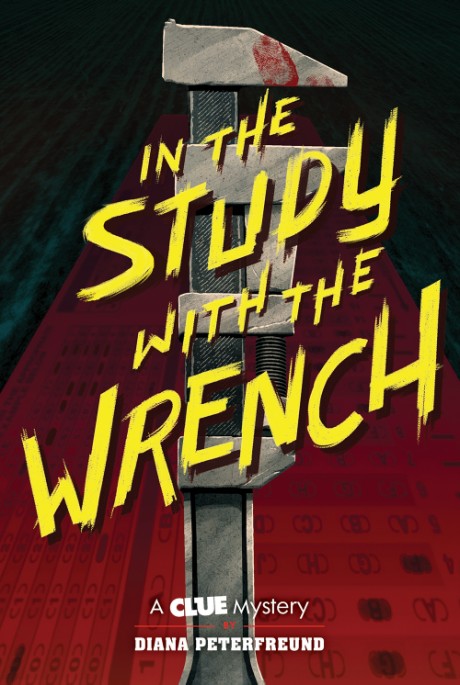 Pre-order
In the Study with the Wrench
A Clue Mystery, Book Two
By Diana Peterfreund

The thrilling sequel to the book that Kirkus Reviews called “ingeniously plotted and vastly entertaining,” inspired by the classic board game CLUE—now in paperback!

In the aftermath of their headmaster’s brutal murder, Blackbrook Academy has been thrown into chaos. Half the student body hasn’t bothered to return to campus—but those who have include Orchid McKee, Vaughn Green, Scarlett Mistry, Beth “Peacock” Picach, Phineas Plum, and Sam “Mustard” Maestor, now warily referred to by the other students as the Murder Crew.

When another staff member is found dead, each teen’s reasons for sticking around come to light. Orchid and Vaughn grow ever closer to having their secrets exposed, Peacock and Scarlett struggle to change their stripes, and Plum and Mustard question everything. As everything comes to a boiling point at Tudor House, nobody’s life will ever be the same.

Diana Peterfreund is the author of 13 books for adults, teens, and children, including the Secret Society Girl series, the Killer Unicorn series, For Darkness Shows the Stars, and Omega City. Her books have received starred reviews from Booklist, School Library Journal, and VOYA, and her books have been named in Amazon’s Best Books of the Year. She lives outside Washington, D.C., with her family.