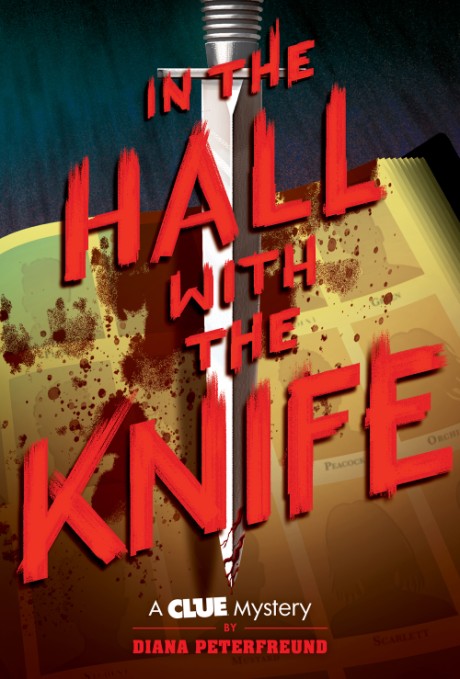 Buy
In the Hall with the Knife
A Clue Mystery, Book One
By Diana Peterfreund

A murderer could be around every corner in this thrilling YA trilogy based on the board game CLUE!

When a storm strikes at Blackbrook Academy, an elite prep school nestled in the woods of Maine, a motley crew of students—including Beth “Peacock” Picach, Orchid McKee, Vaughn Green, Sam “Mustard” Maestor, Finn Plum, and Scarlet Mistry—are left stranded on campus with their headmaster. Hours later, his body is found in the conservatory and it’s very clear his death was no accident. With this group of students who are all hiding something, nothing is as it seems, and everyone has a motive for murder. Fans of the CLUE board game and cult classic film will delight in Diana Peterfreund’s modern reimagining of the brand, its characters, and the dark, magnificent old mansion with secrets hidden within its walls.

"A smart new series . . . the plot capitalizes on the popularity of the game upon which it’s based, incorporating clever wordplay with tantalizingly distributed tidbits of information. The many remaining questions will help ramp up anticipation for the next installment."
— Publishers Weekly

Diana Peterfreund is the author of 13 books for adults, teens, and children, including the Secret Society Girl series, the Killer Unicorn series, For Darkness Shows the Stars, and Omega City. She has received starred reviews from Booklist, School Library Journal, and VOYA, and her books have been named in Amazon’s Best Books of the Year. She lives outside of Washington, DC, with her family.