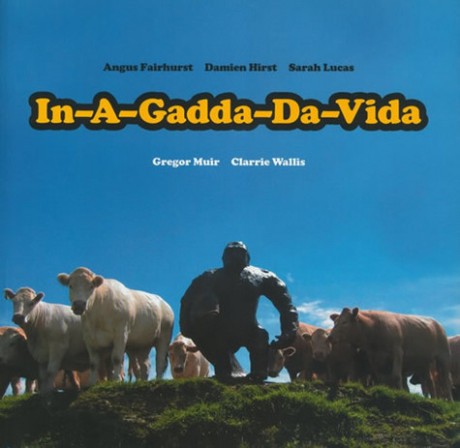 Three of the best-known figures in contemporary British art come together in this unique collaboration, which accompanies an important exhibition at Tate Britain, London. Angus Fairhurst, Damien Hirst, and Sarah Lucas first met while art students at Goldsmiths' College, London, in the 1980s and have remained close friends ever since. All three have subsequently gone on to be ranked among the most important artists of their generation. Now, nearly 20 years after they met, the artists have come together for an exhibition whose title is taken from the 1968 song by the psychedelic rock band Iron Butterfly. The exhibition and book mark both a point at which to take stock of their careers and a launching pad for new ideas and developments. New works made collaboratively for the exhibition are juxtaposed with older pieces, creating fresh perspectives on the work of each artist. The text includes the artists' manifesto of their ideas and copies of their emails to one another during the birth of the project. In-A-Gadda-Da-Vida is both a unique, documentary record of a one-time event and an insight into the creative process itself.

Gregor Muir is a curator of contemporary art at Tate. Clarrie Wallis is a curator at Tate Britain and a contributor to Days Like These.