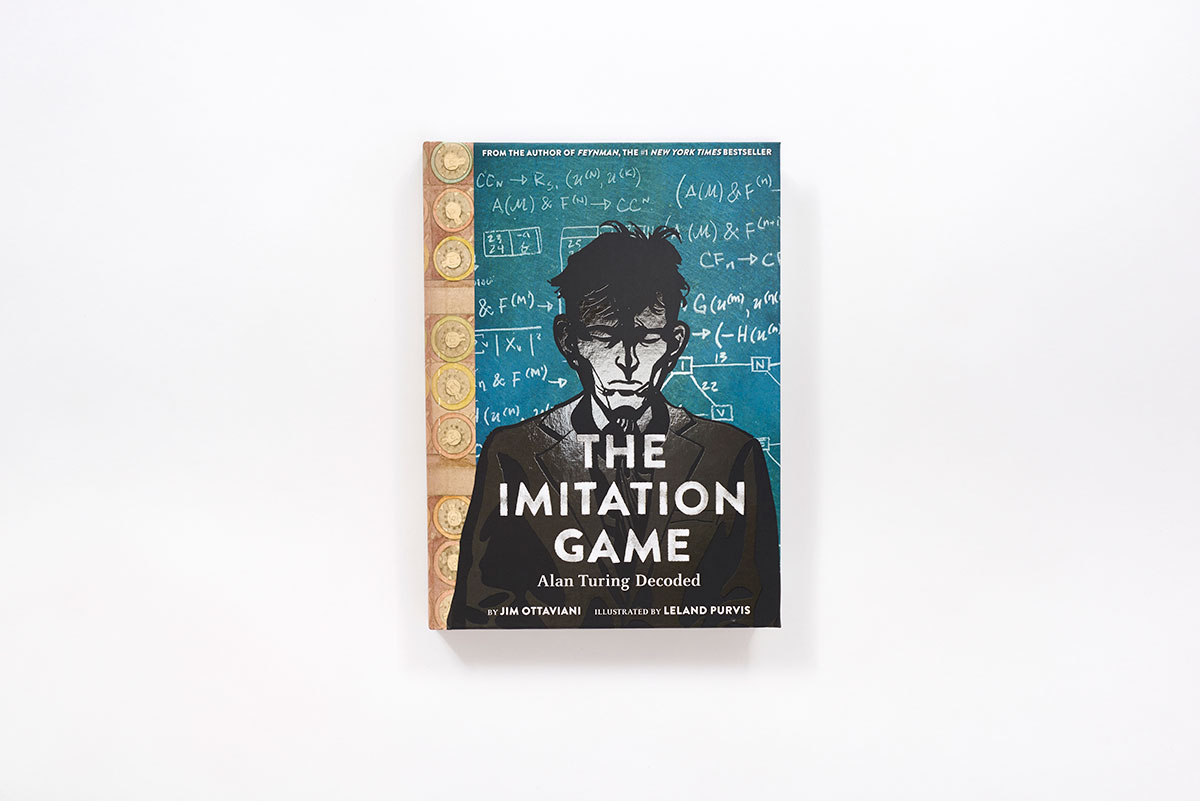 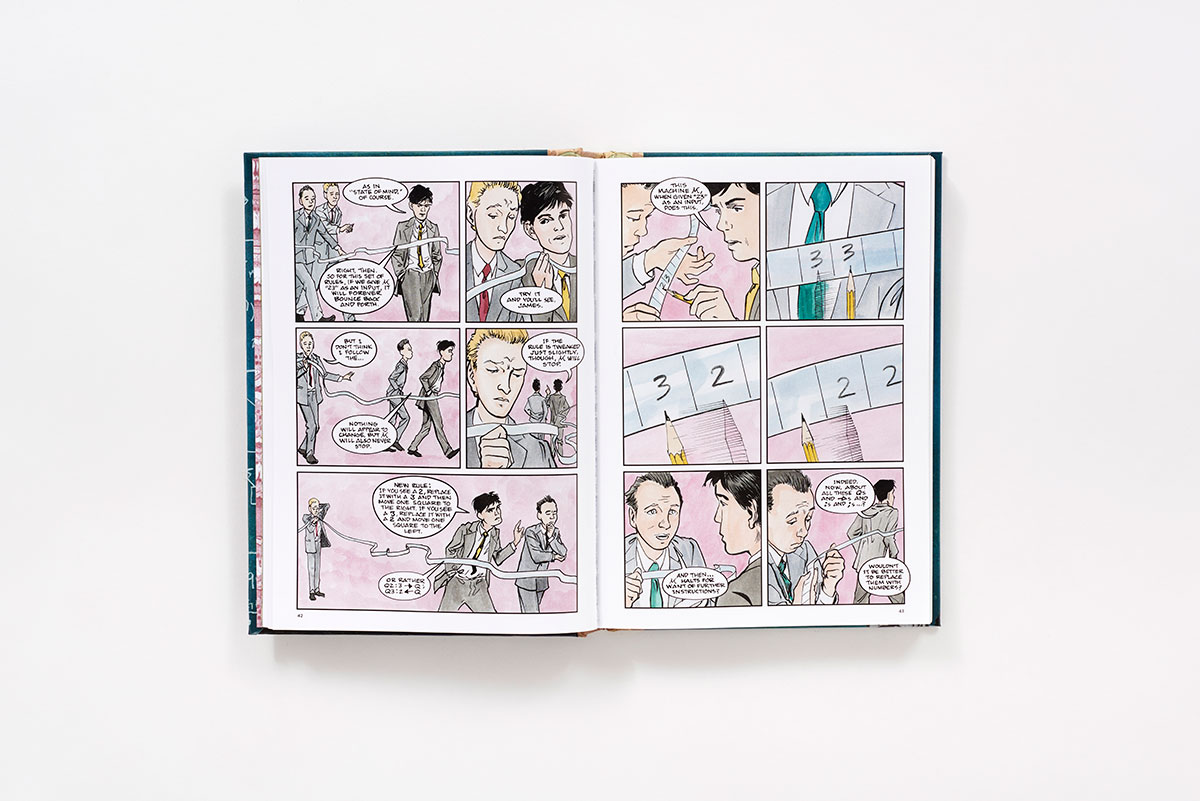 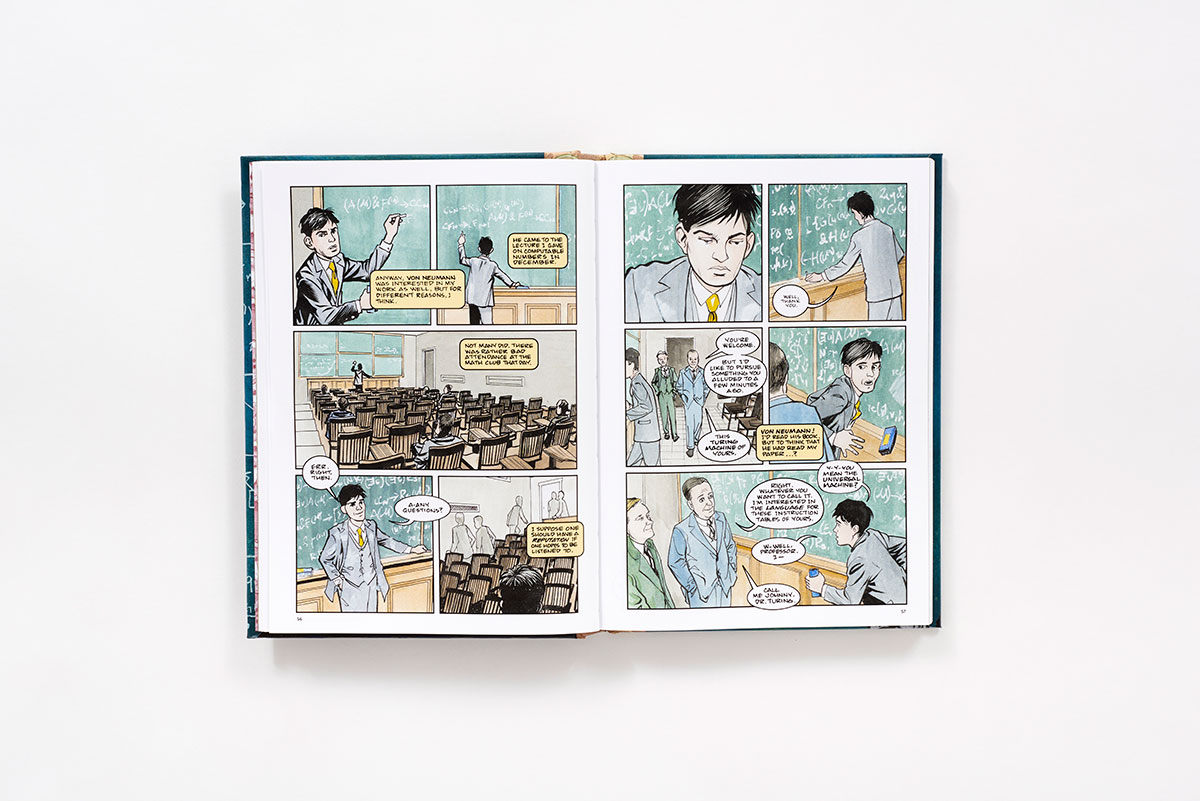 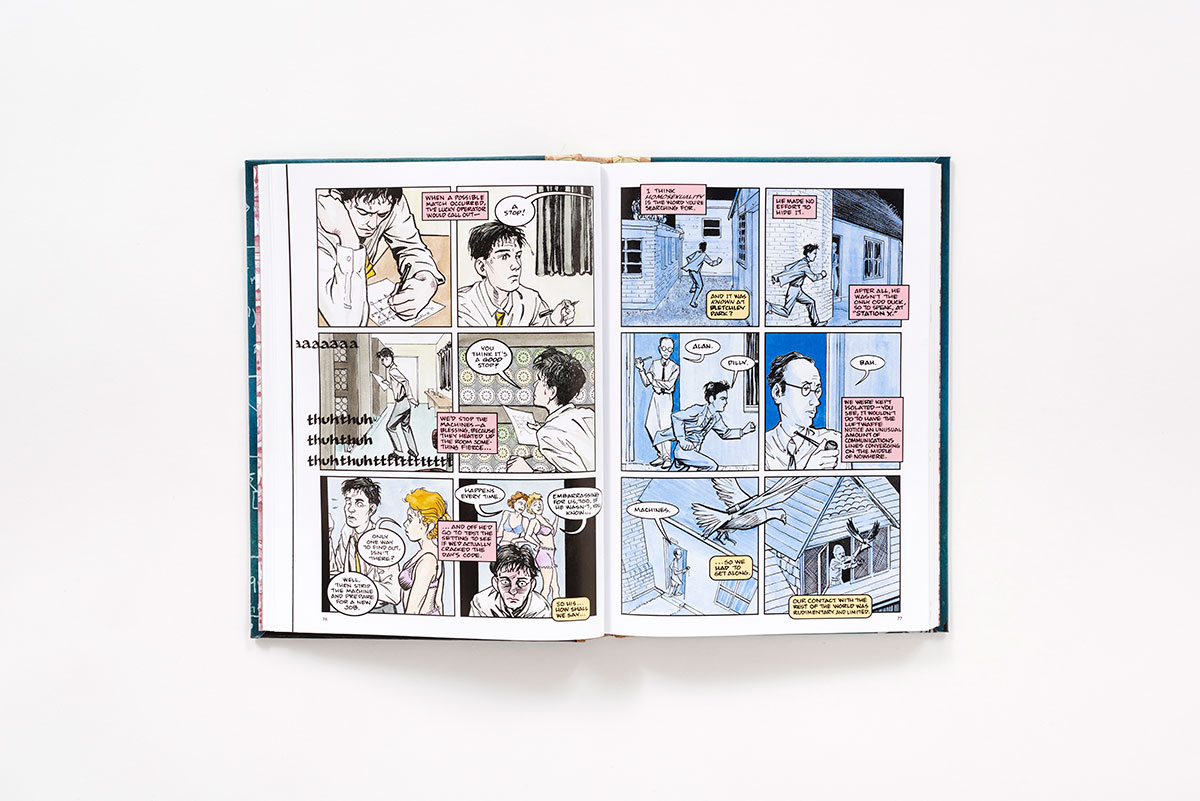 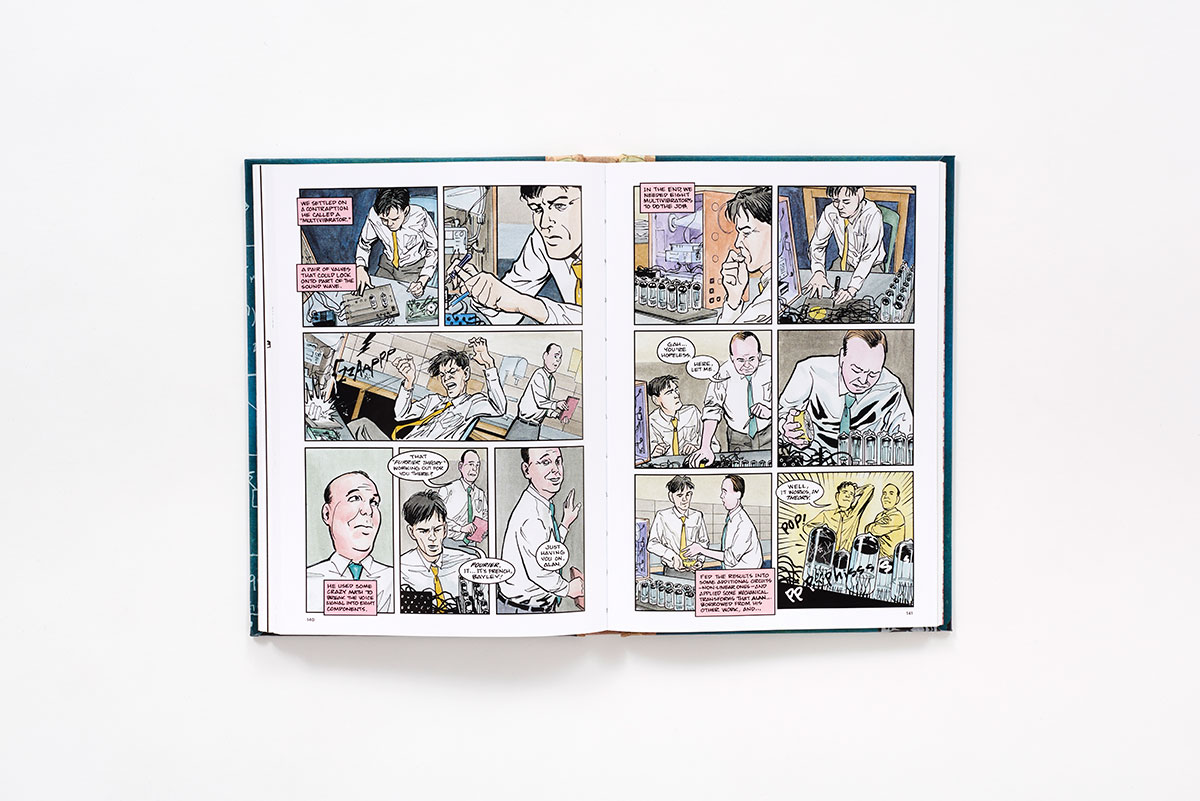 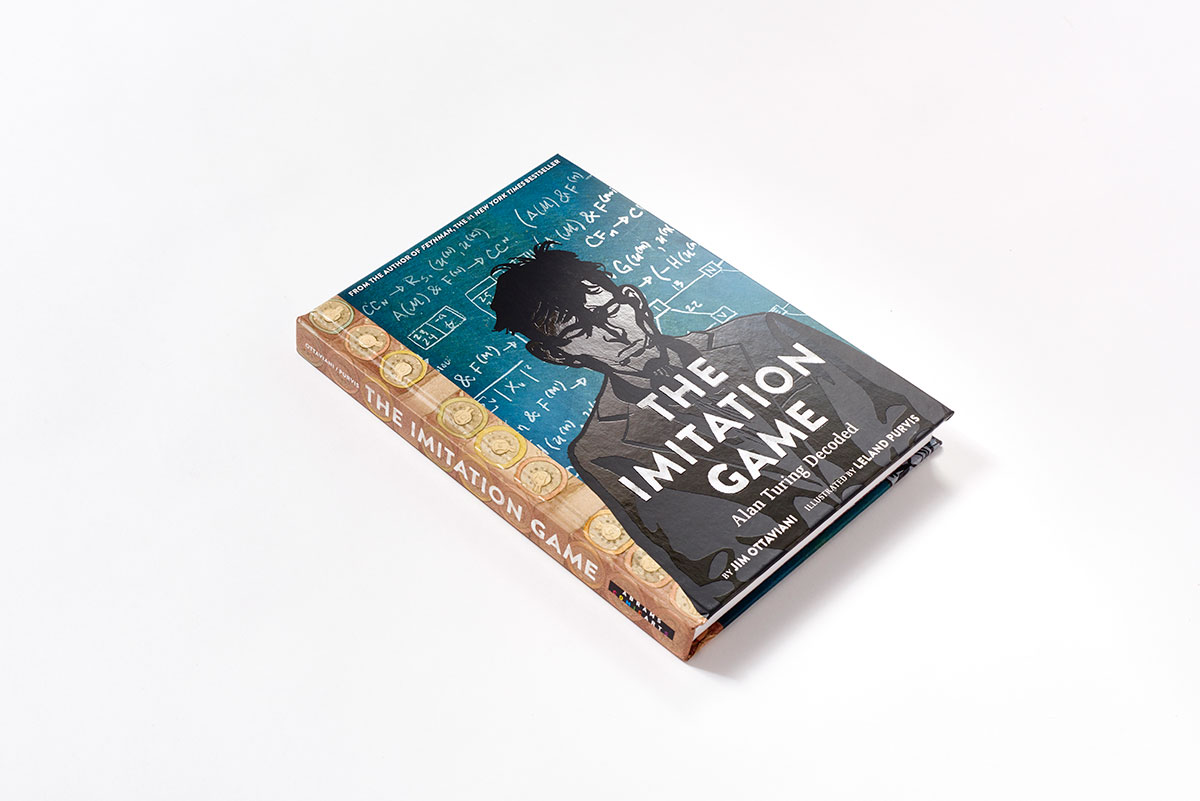 Alan Turing (1912–1954) was the mathematician credited with cracking the German Enigma code during World War II, enabling the Allies to defeat the Nazis. After the war, Turing went on to launch modern computer science through his creation of the universal Turing machine and the Imitation Game, an artificial-intelligence test that is still in use today. Turing kept his code-breaking work a secret in order to safeguard his native England, but failed to hide his sexual preferences, which led to his tragic death at the hands of the same country he worked so hard to protect. Jim Ottaviani and Leland Purvis show Turing to be an eccentric, persecuted genius and a groundbreaking theoretician whose seminal work still plays a role in the science and telecommunication systems that fuel our modern world.

“A powerful, sympathetic portrait of one of the twentieth century’s great minds.”
— Publishers Weekly

“Teens with math or computer science bent will enjoy this slice of history and will learn about logic and algorithms along the way. Those who are interested in social justice and LBGTQ rights will also be engaged.”
— School Library Journal

An excerpt of 'The Imitation Game' by Jim Ottaviani

Jim Ottaviani is the author of three New York Times bestsellers and the recipient of multiple Ignatz and Eisner Award nominations. He lives in Ann Arbor, Michigan. Leland Purvis is an Eisner and Ignatz Award nominee and an occasional reviewer for the Comics Journal. He lives in Portland, Oregon.