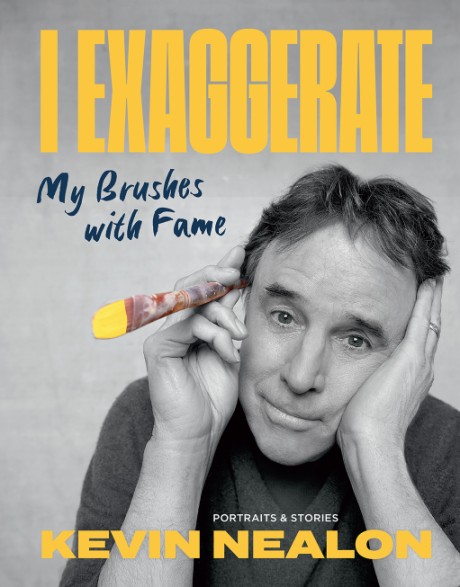 My Brushes with Fame

In I Exaggerate, famed comedian and actor Kevin Nealon pairs his artwork with sweet, funny, and endearing stories about the subjects he paints. From reminiscences about Saturday Night Live hosts to an excerpt from the eulogy he gave at his dear friend Garry Shandling’s funeral, the writing in this book is warm and nostalgic, and the list of subjects Kevin wants to cover is everyone you could hope for. In addition to Nealon’s paintings, the book includes doodles on SNL scripts, early artwork drafts, and insights into his relationship with art, which he likens to his relationship to comedy. This is a charming project from a comedy all-star.

Kevin Nealon is an American comedian and actor. He was a cast member on Saturday Night Live from 1986 to 1995, had roles in several of the Happy Madison films, played Doug Wilson on the Showtime series Weeds, and is currently a touring stand-up comedian. He lives in Los Angeles.