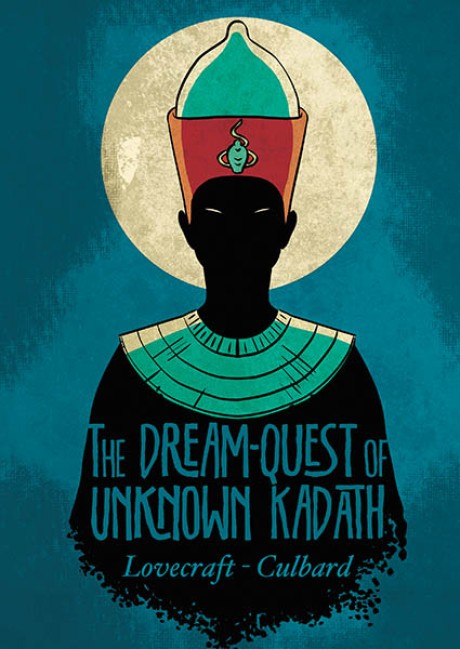 “Three times Randolph Carter dreamed of the marvelous city, and three times was he snatched away while still he paused on the high terrace above it.” Randolph Carter embarks on an epic quest across a world beyond the wall of sleep, in search of an opulent and mysterious sunset city. When he prays to the gods of dream to reveal the whereabouts of this magical city, they do not answer, and his dreams stop altogether. Undaunted, Carter resolves to go to Kadath, where the gods live, and beseech them in person. However, no one has ever been to Kadath, and no one even knows how to get there—but that won’t stop Randolph Carter from trying.

H. P. Lovecraft (1890–1937) was one of the most influential horror writers of the 20th century. I. N. J. Culbard is an award-winning artist and has adapted several Lovecraft novels, including The Shadow Out of Time (SelfMadeHero, Fall 2013) and The Case of Charles Dexter Ward (SelfMadeHero, Spring 2013). He lives in Nottinghamshire, UK.