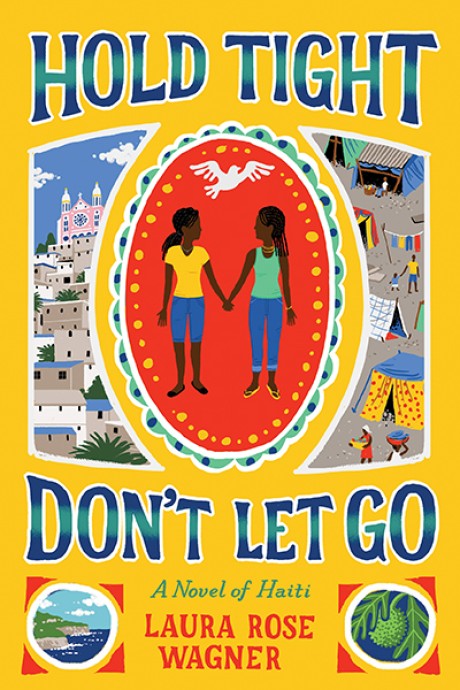 A Novel of Haiti

"Laura Wagner has managed to get a huge amount of Haiti into the pages of this book: the sun, the rain, the bottomless spiral of catastrophe, rage, despair and indomitable hope." —Madison Smartt Bell, author of All Souls' Rising: A Novel of Haiti

"In Haiti they say 'Kreyòl pale, Kreyòl konprann.' Speak plainly and honestly, and be understood. Laura Wagner does just that in this brave, beautiful book, bringing us the complex life of Magdalie, and a glimpse of a people's soul." —Jonathan M. Katz, author of The Big Truck That Went By: How the World Came to Save Haiti and Left Behind a Disaster

"Haiti, already one of the poorest countries in the world, was devastated by the earthquake in 2010. This is a story of everything that comes after: from a candid depiction of the international response to a young girl’s account of what a life of desperation can do to an individual and to a society. Magdalie’s journey shows the importance of connections, of family and friends, during difficult times and the anguish that comes when those bonds are broken. In her debut novel, Laura Rose Wagner has managed to capture the devastation of loss while providing determined hope for the individual and the nation. An important read for anyone who wishes to better understand the reality of life in Haiti after the earthquake." —Ophelia Dahl, executive director of Partners in Health

Hold Tight, Don’t Let Go follows the vivid story of two teenage cousins, raised as sisters, who survive the devastating 2010 earthquake in Haiti. After losing the woman who raised them in the tragedy, Magdalie and Nadine must fend for themselves in the aftermath of the quake. The girls are inseparable, making the best of their new circumstances in a refugee camp with an affectionate, lively camaraderie, until Nadine, whose father lives in Miami, sends for her but not Magdalie. As she leaves, Nadine makes a promise she cannot keep: to bring Magdalie to Miami, too. Resourceful Magdalie focuses her efforts on a reunion with Nadine until she realizes her life is in Haiti, and that she must embrace its possibilities for love, friendship, and a future.

STARRED REVIEW
"Wagner’s portrait of Haitian culture is particularly compelling, and her descriptions of the settings of the city and Tonton Élie’s country hometown are lush, despite the nation’s dire circumstances."
Publishers Weekly —

"[R]eaders will be buoyed by the hopeful future the author imagines for Magdalie and for Haiti."
Booklist, Amina Chaudhri —

“There have been literary works that highlight the devastation of the earthquake, but Hold Tight Don’t Let Go is unique in that it highlights the two years after—what international aid really looks like, how temporary situations become permanent, and the how profound losses affect those who are left.”
School Library Journal, Susannah Goldstein, Convent of the Sacred Heart, New York City —

"Wagner paints a convincing picture of post-earthquake survival...Treatment of Haitian cultural traditions is fascinating and respectful."
The Bulletin of the Center for Children's Books —

Laura Rose Wagner has a PhD in anthropology from the University of North Carolina, Chapel Hill. She lived in Port-au-Prince from 2009 to 2012, and survived the earthquake. She travels to Haiti often, and founded a creative writing group for young people there.