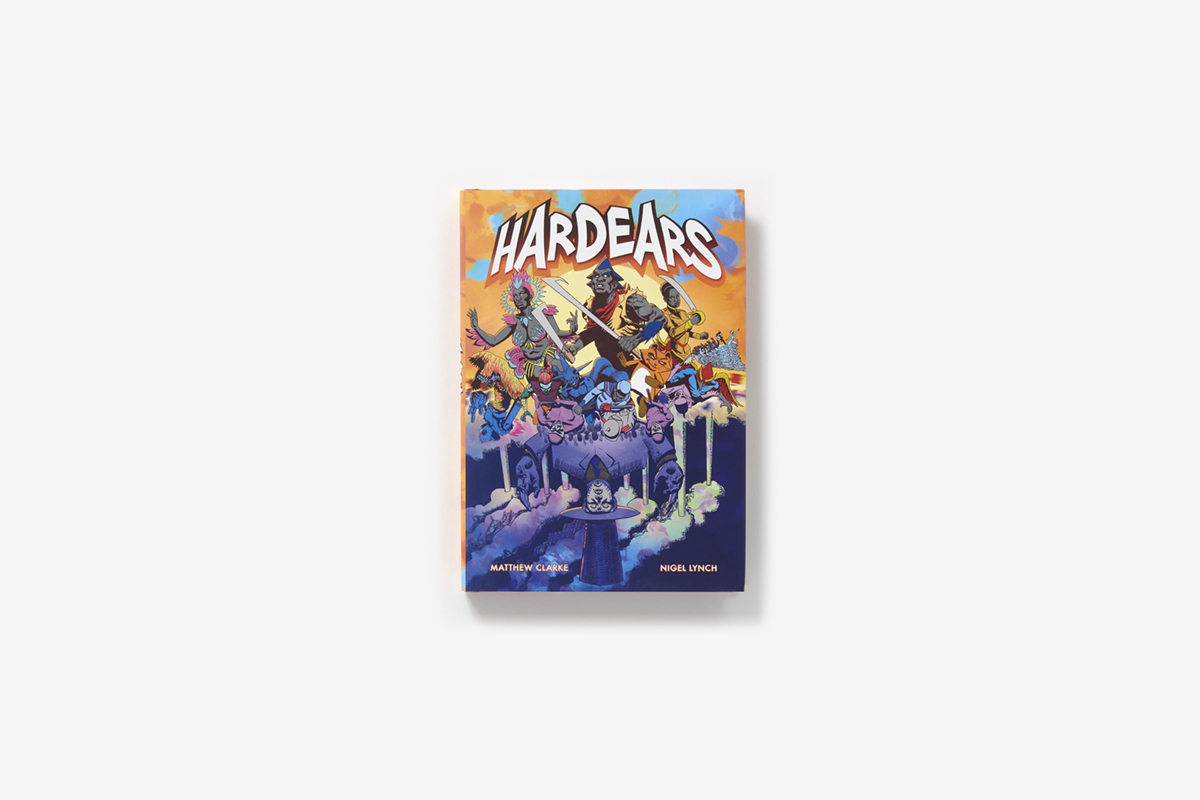 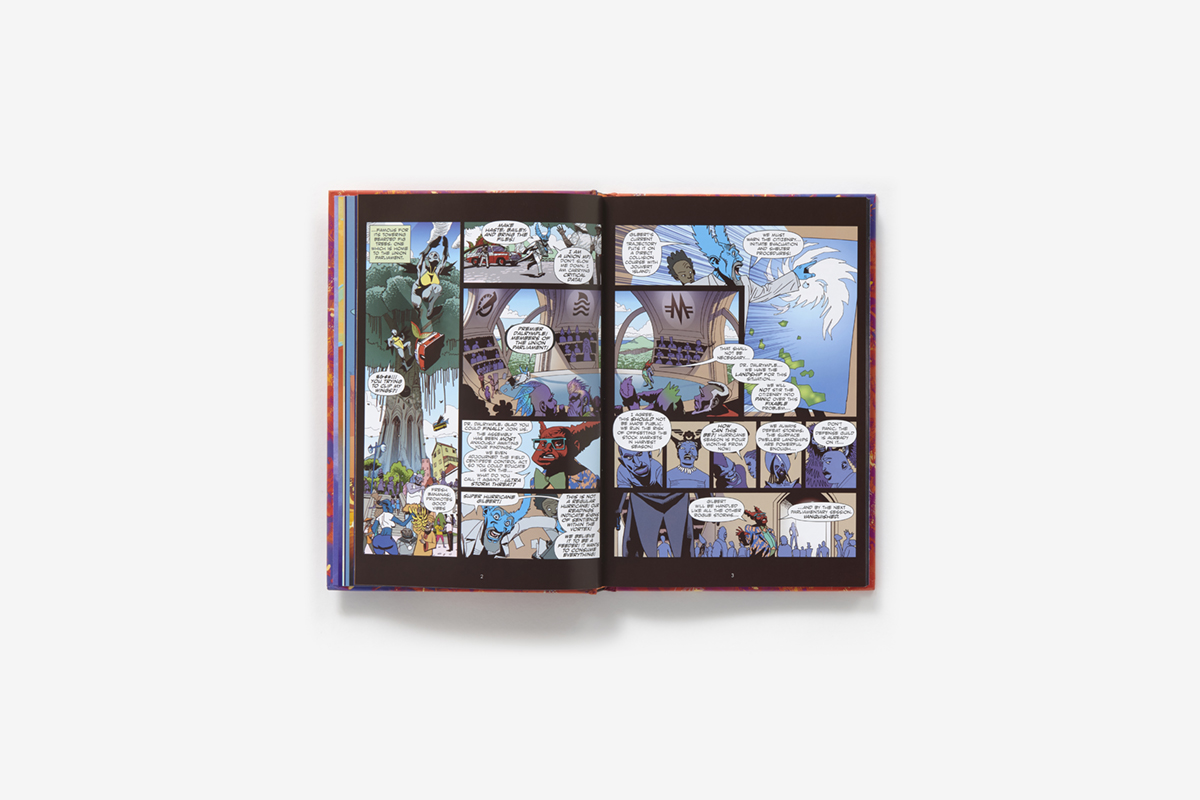 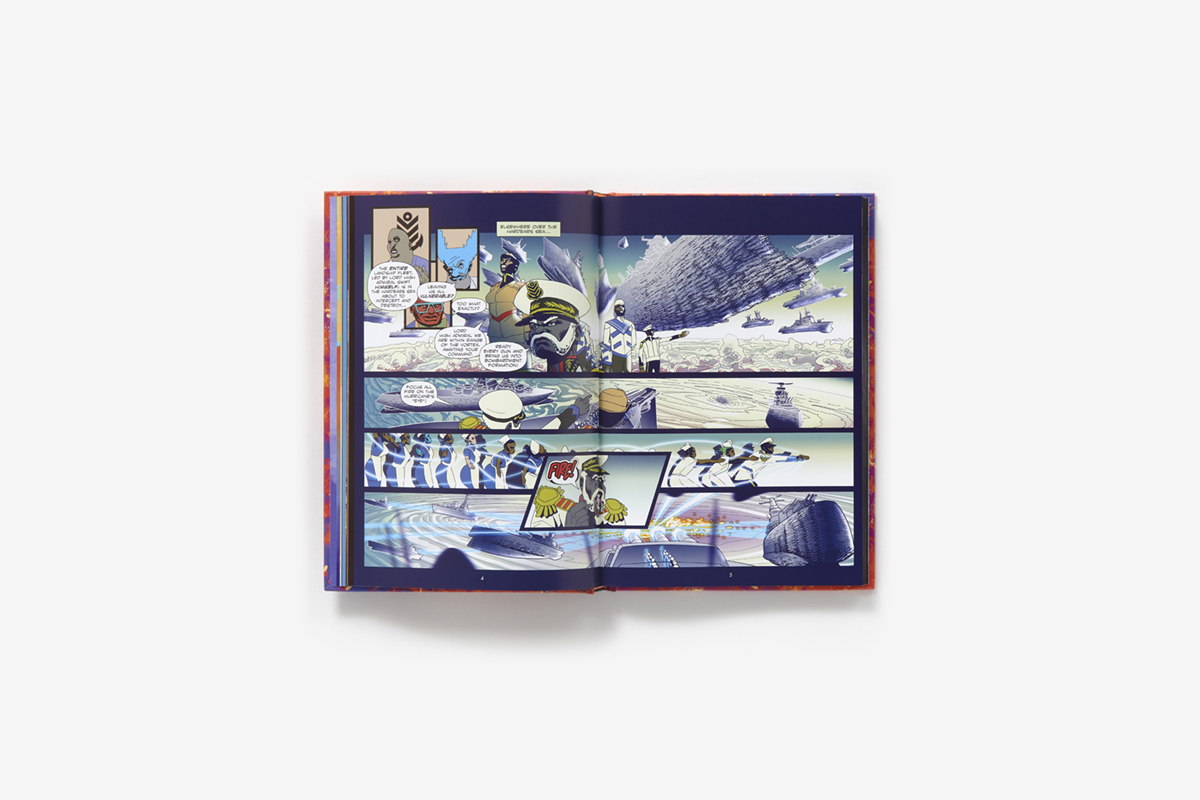 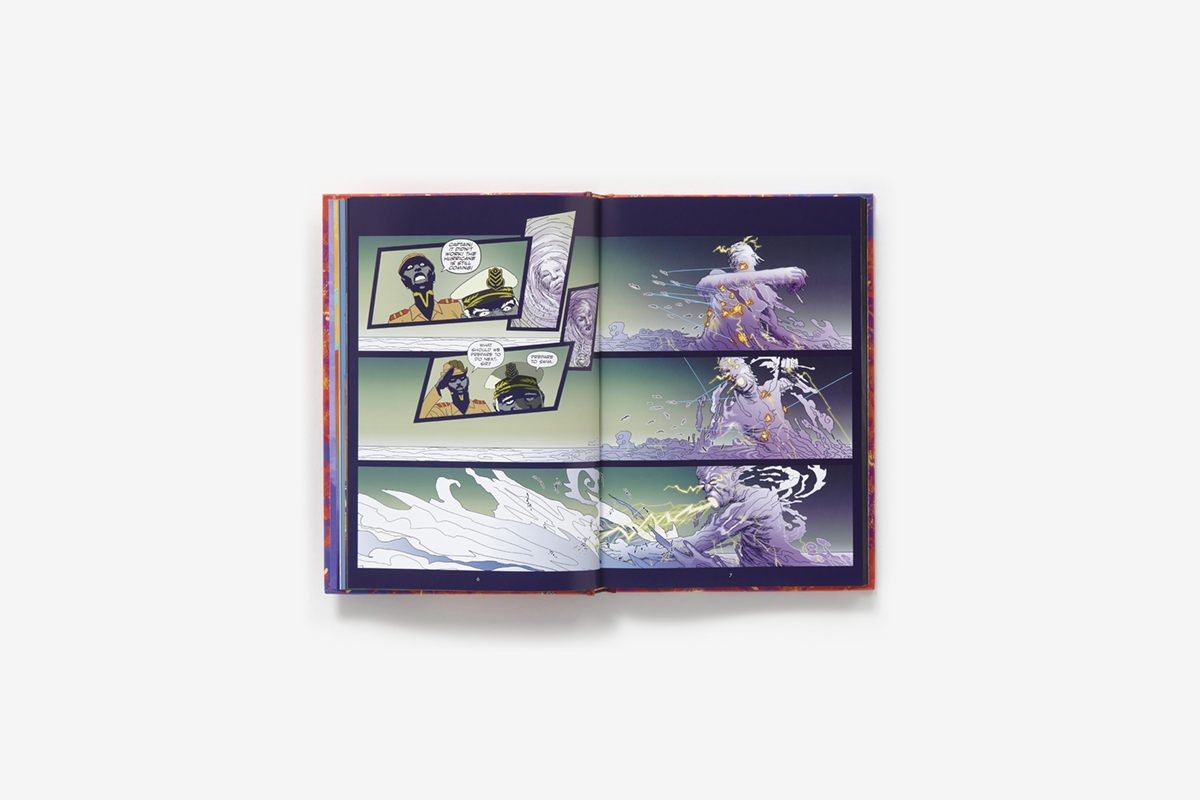 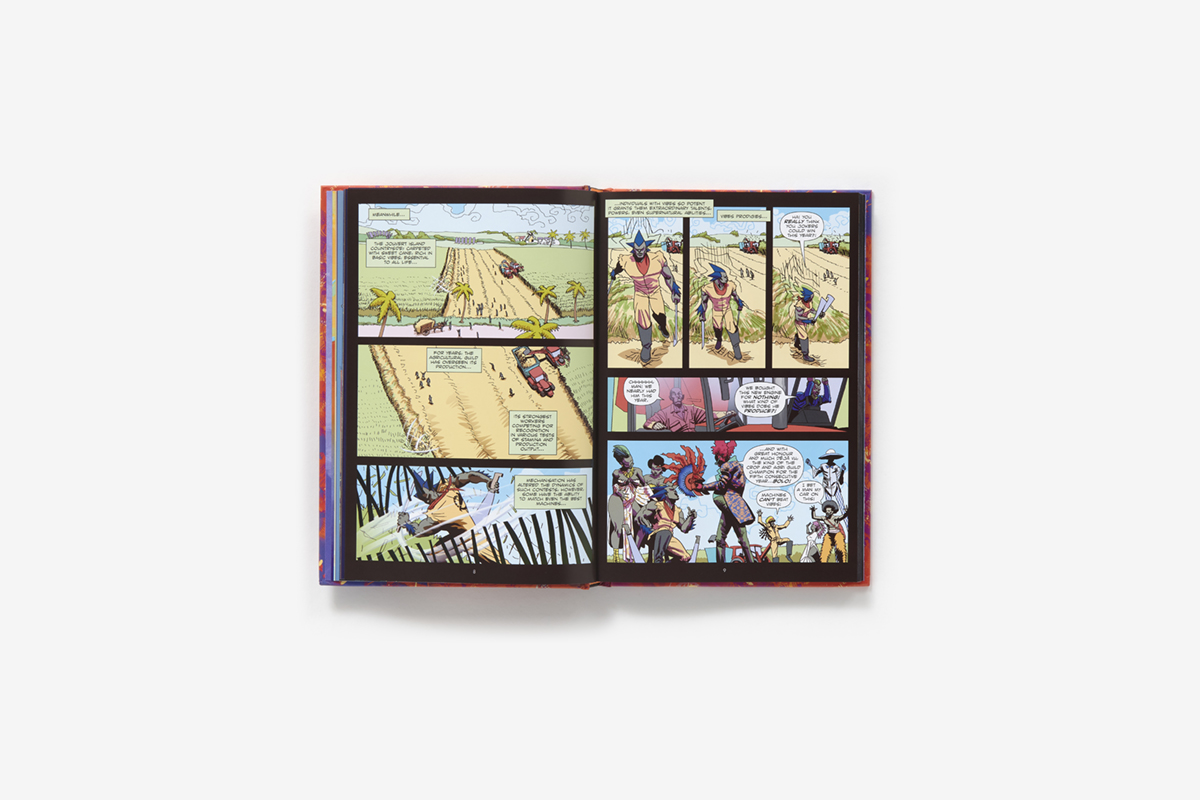 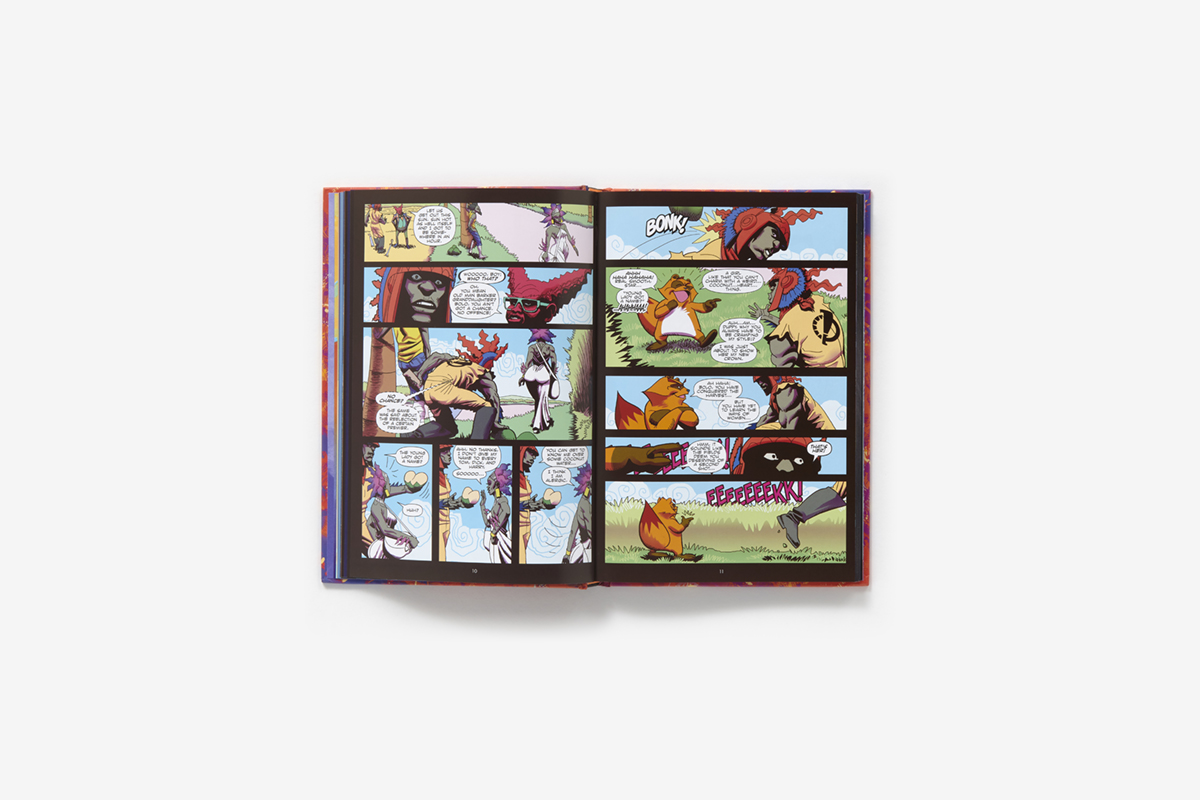 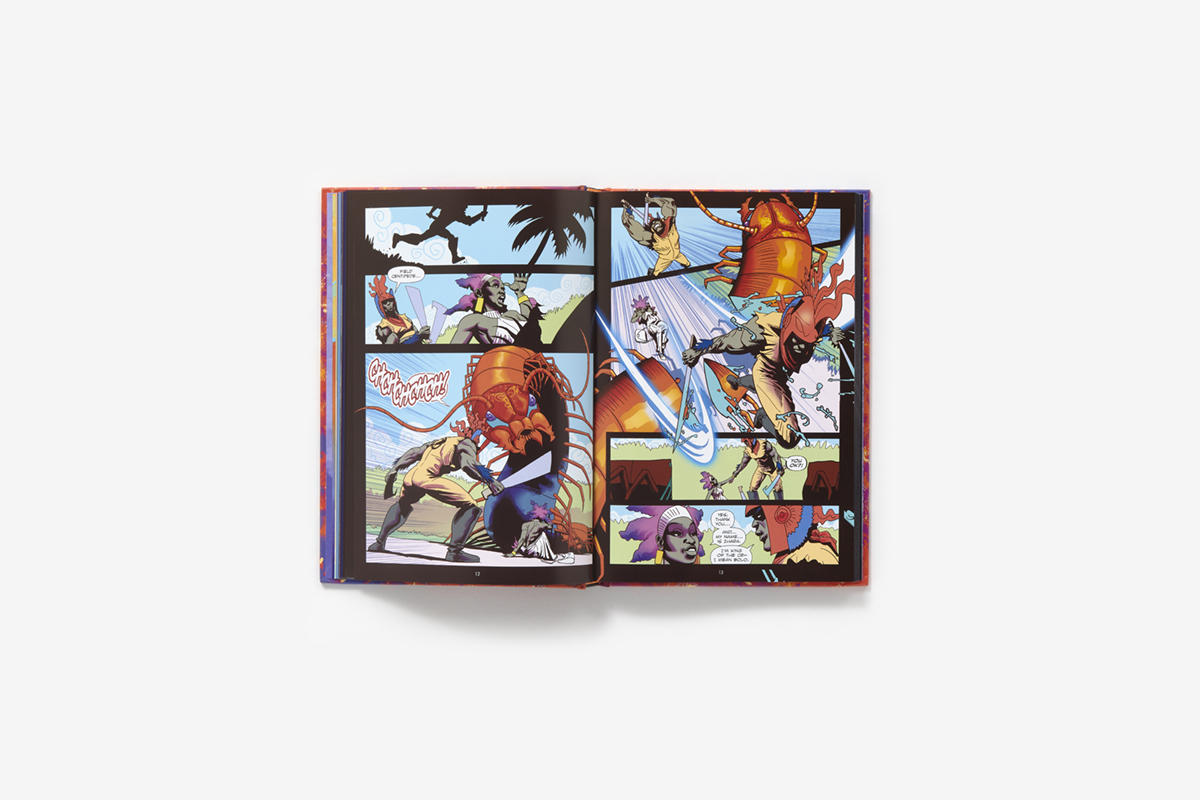 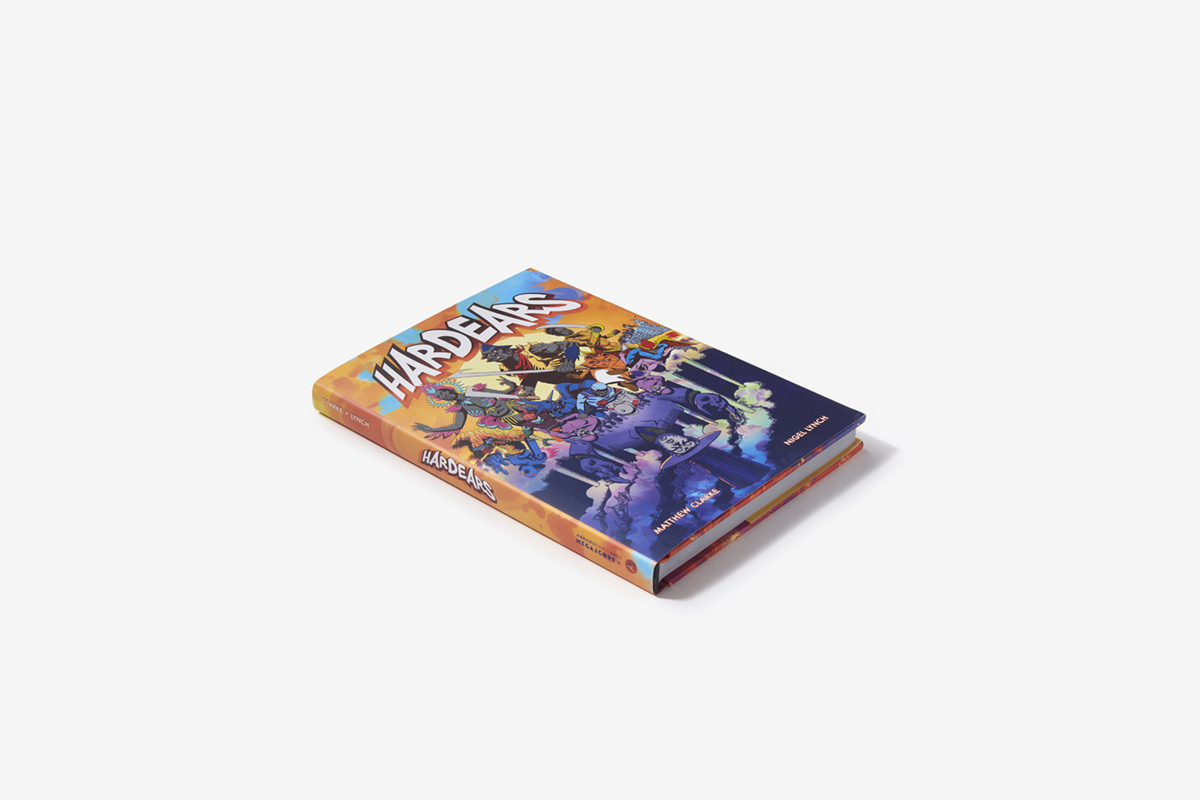 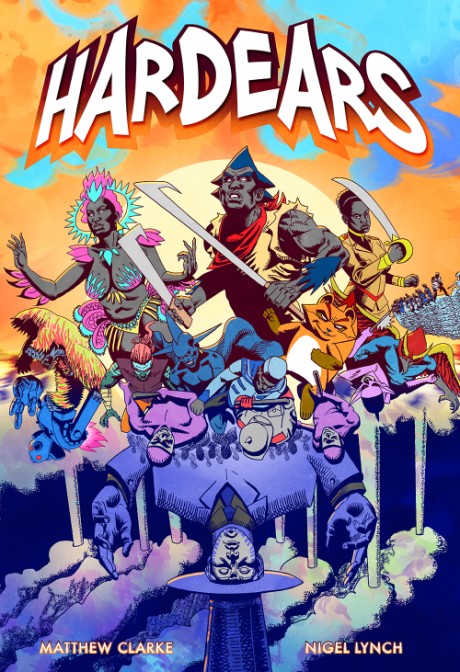 Hardears is an Afro-Caribbean fantasy-adventure graphic novel by Matthew Clarke and Nigel Lynch. The story takes place in an alternative world on Jouvert Island; a magical analog of the island of Barbados and begins when a superstorm of unprecedented strength obliterates the island, leaving it totally defenseless.
As the island reels from the devastation, Mr. Harding, the head of the Merchant Guild, charges in and promises to rebuild the economy of the island by creating jobs in his giant corporation. However, it’s soon discovered that Harding is a parasite and is capturing people from the island and using their life essence or vibes to feed his factories.
Bolo, a local hero, saves his love Zahrah from Hardin and cronies but the lovers are then framed as rebels against the state. The state has been compromised by the factories and the workers who know the truth about Harding must go into hiding. If Bolo, Zahrah, and their allies don’t take down Harding and the corrupt government, all will be lost. Together, they must find the strength of their island and ancestors to fight the evil forces that have taken over their homeland.

“The lore, magic, and history of Clarke and Lynch’s realm render it immersive, fanciful, complex, and deeply Caribbean… The spectacle carries the staying power of a bona fide folktale.”

“The illustrations are detailed, both for figures and setting, evoking superhero comics through the level of action conveyed, and the vibrant colors are perfect for the tropical setting…Fans of Star Wars or The Lord of the Rings may
eagerly embrace the politics and interactions between the various races of the Hardears Islands.”
Booklist —

Matthew Clarke is a creative director, illustrator, graphic designer, comics writer, and sequential artist based in Barbados. He has worked in the advertising industry in Barbados for a decade and has extensive experience in publication design, art direction, and brand identity. He is a primary creator and principal with the independent comics collective Beyond Publishing.

Nigel Lynch
is a Barbadian writer and one of the founding members of Beyond Publishing. For the past eight years, he has created numerous comics and graphic novels, including Shades of Grey: Life and Death in Paradise, and co-written many comics in the company’s canon. Throughout the years, Lynch has garnered awards for his work, including an ADDY and an American Advertising Award.