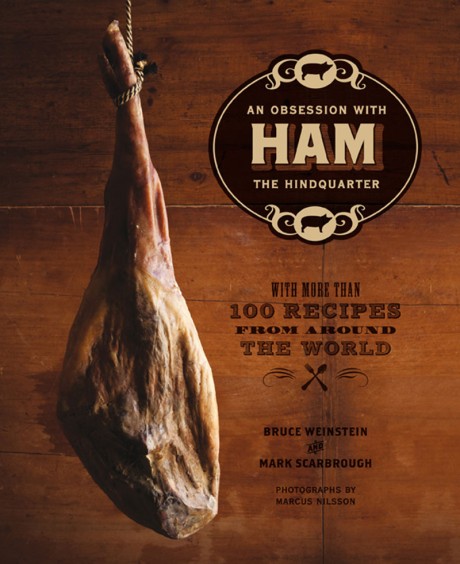 An Obsession with the Hindquarter

A ham is (let us not mince words) a pig's rear end. It's a hefty hunk of flesh and bone, weighing in somewhere between 12 and 30 pounds. Fresh or cured, ham can be prepared in innumerable ways. And (here's the clincher) ham is incredibly delicious—the kind of meat whose sheer scrumptiousness can entice even the most diehard vegan into having second thoughts.

In Ham: An Obsession with the Hindquarter, Bruce Weinstein and Mark Scarborough take readers on a globetrotting tour of the whole wide wonderful world of ham, from the Philippines to Spain, the Caribbean, the American South, and their own home corner of rural Connecticut (where they buy and help raise a hog of their own). Gifted raconteurs and talented cooks, the pair ham it up with a series of hilarious stories and pig out on a hundred mouth-watering recipes. Don't miss this feast.

Bruce Weinstein and Mark Scarbrough are the authors of the bestselling Ultimate cookbook series, fronted by The Ultimate Ice Cream Book. They have two titles out this year: Pizza: Grill It, Bake It, Love It and Cooking Know-How. They are contributing editors, columnists, or features writers in national publications, including Eating Well, Cooking Light, and the Washington Post. They live in Colebrook, Connecticut.