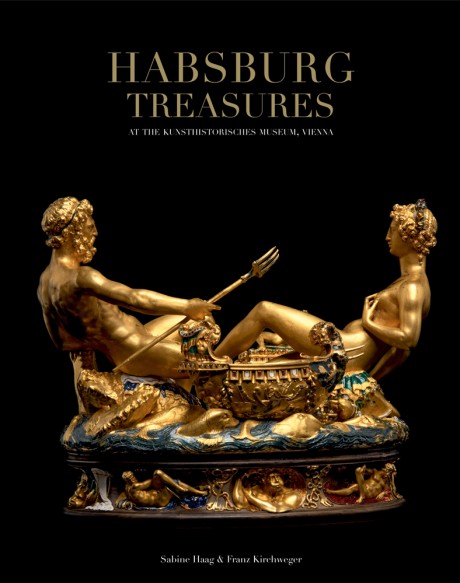 Ten years after the tragic theft of Benvenuto Cellini’s masterpiece, a gold and enamel saltcellar, Vienna’s Kunstkammer (Art Room) at the Kunsthistorisches Museum has reopened. Completely renovated, the gallery is once again showcasing the Habsburg dynasty’s exceptional collection of art and wonders. Here is a trove of sculptures and bronzes by such giants as Donatello and Giambologna, the world’s greatest collection of Baroque carved-ivory figures, and glorious Baroque silver goblets and vessels, as well as magically endowed natural wonders, such as ostrich eggs mounted in jewels, gold, and silver gilt. Pride of place is held by the Cellini saltcellar, which was found nearly 3 years after its disappearance in the woods 55 miles north of Vienna, as were the thieves. It had been buried underground and survived in perfect condition. With text by the museum’s director, Sabine Haag, and the curator of the Kunstkammer, Franz Kirchweger, alongside specially commissioned photography, this book celebrates a marvelous collection, at last reunited.