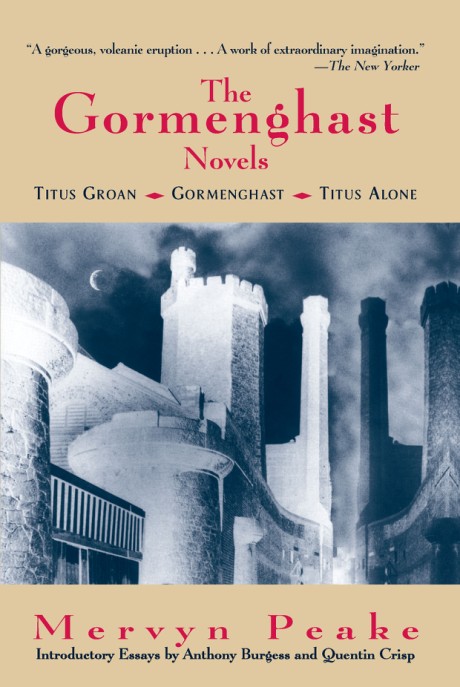 A doomed lord, an emergent hero, an array of bizarre creatures, and an ancient royal family plagued by madness and intrigue—these are the denizens of ancient, sprawling, tumbledown Gormenghast Castle. Within its vast halls and serpentine corridors, the members of the Groan dynasty and their master Lord Sepulchrave grow increasingly out of touch with a changing world as they pass their days in unending devotion to meaningless rituals and arcane traditions. Meanwhile, an ambitious kitchen boy named Steerpike rises by devious means to the post of Master of the Ritual while he maneuvers to bring down the Groans.In these extraordinary novels, Peake has created a world where all is like a dream: lush, fantastical, vivid; a symbol of dark struggle. Accompanying the text are Peake's own drawings, illustrating the whole assembly of strange creatures that inhibit Gormenghast.Breathtaking in its power and drenched in dark atmosphere, humor and intrigue, The Gormenghast Trilogy is a classic, one of the great works of 20th century British literature.