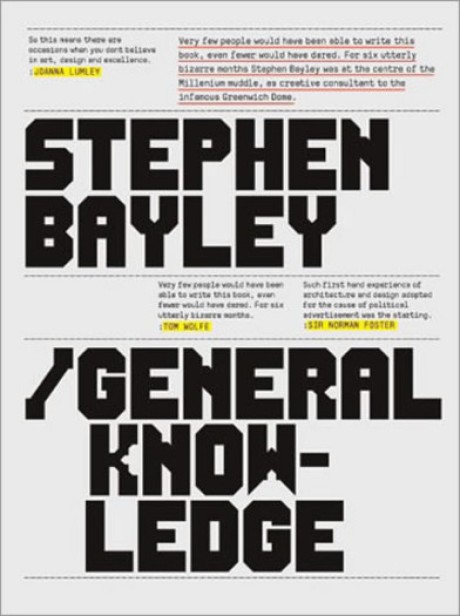 Stephen Bayley came to prominence as director of the Victoria & Albert Museum's Boilerhouse project in the 1980s with his famed design exhibitions on the Ford Sierra and the Coca-Cola bottle. Since then, Bayley has written countless articles and several books. General Knowledge brings together his collected writings, spanning his entire career. Covering a wide range of subjects such as art, taste, cars, design, commerce, food, culture, and the human condition, these witty pieces reveal the unpredictable and often polemical nature of Bayley's views. General Knowledge includes a lively and personal introduction by Bayley himself, where he reflects on these essays with a fresh contemporary perspective. Designed by Graphic Thought Facility. • Design guru Stephen Bayley has worked with Sir Terence Conran, directed London's Design Museum and advised the Labour Government • Bayley was one of the first people to define the cult object — this book should certainly become one of them "I don't know of anyone with more interesting observations about style, taste and contemporary design." —Tom Wolfe