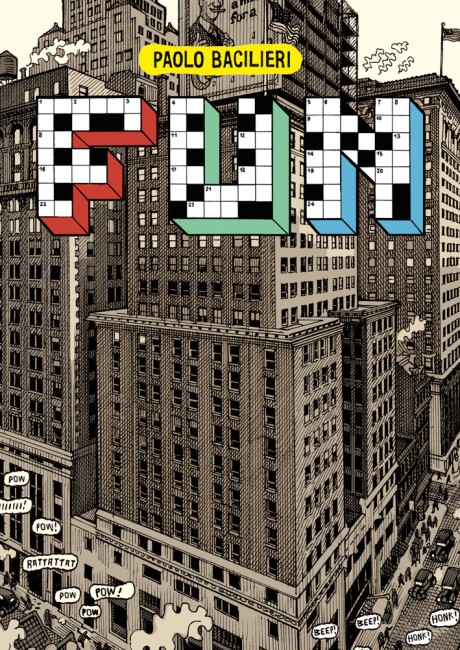 Spies, Puzzle Solvers, and a Century of Crosswords

In December 1913, the New York World newspaper published the first crossword in history. It appeared in their Sunday supplement, “Fun.” A century later, this absorbing puzzle continues to attract (and infuriate) millions of devotees every day. But the world’s most popular—and seemingly mundane—pastime has a surprising history, filled with intrigue and adventure.

Paolo Bacilieri’s FUN transports us from turn-of-the-century New York to present-day Milan, taking in stories of ingenious puzzle makers, ardent solvers, and intellectual luminaries. Part detective story, part docudrama, and interlaced with a fiction of Bacilieri’s own imagining, FUN questions the crossword’s “harmless” status. Sure, it’s fun—but could it also be a form of resistance, of cryptic communication, of espionage?

"For Bacilieri, playing a crossword is clearly a literary act. Fun will appeal to those who enjoy crossword puzzles and those who appreciate the history of games using word associations."
Library Journal —

"…it’s really the art here that will awe you, with luscious cityscapes and intricate renderings of New York City."
am New York —

“…a whimsical, enjoyable comic that lives up to its title.”
BookRiot —

“Italian artist Paolo Bacilieri delivers the fun, both narratively and visually. Also horizontally and vertically: forget strict linear structure, which is just ho-hum. This Fun is vigorous, spirited and assured in its graphic experimentation.”
Print Magazine —

Born in Verona in 1965, Paolo Bacilieri graduated from the Accademia di Belle Arti in Bologna. His comic book series include Napoleone and Jan Dix. He lives in Milan.