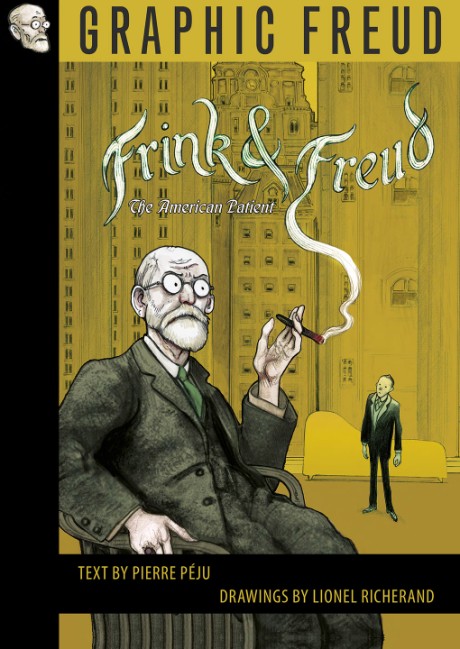 The fateful meeting of Freud and Horace Frink, and the ensuing scandal that nearly destroyed psychoanalysis

In 1909, while on a fundraising lecture tour in America, Sigmund Freud met Horace Frink, an early disciple of his theories of psychoanalysis, whose traumatic childhood and complicated personal life later cast a shadow over Freud’s professional career—and came close to destroying his reputation. This little-known and ultimately tragic true story of two divorces, three deaths, and a ménage à quatre, as well as the questionable motives behind Freud’s involvement in it, is the subject of a groundbreaking collaboration between artist and animator Lionel Richerand and the prizewinning philosopher, biographer, and novelist Pierre Péju.

French artist and animator Lionel Richerand studied at the École Nationale Supérieure des Arts Décoratifs, specializing in illustration and directing animated films. In 2007, he published Petit conte léguminesque, and later directed The Fear of the Wolf. He is currently preparing his own feature film and several comic book projects. Pierre Péju is a French philosopher, novelist, and essayist, whose best-known works are the prizewinning novels Le rire de l’ogre and The Girl from the Chartreuse.