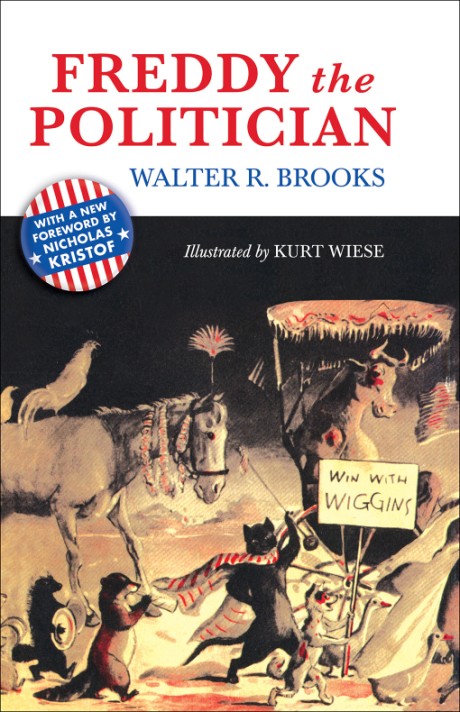 Freddy—the good-natured pig with a poetic soul—has played many a role. Now, in his general altruistic way, he is promoting a campaign to get Mrs. Wiggins, the cow, elected president of the First Animal Republic. As an officer in the First Animal Bank he has more than a modicum of influence—if he can just figure out how to use it.