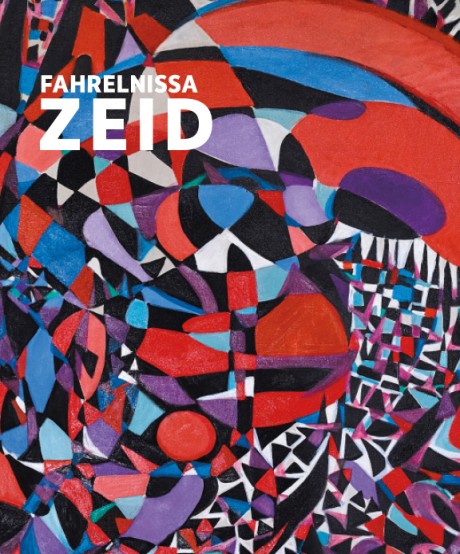 Influential Turkish artist Fahrelnissa Zeid (1901–1991) was, throughout her long career, best known for her large-scale abstract paintings. Marrying influences from Islamic, Byzantine, and Eastern art with the bold color of the Fauvists, the geometrical dissonance of the Cubists, and the precise lines of Mondrian, Zeid developed an abstract vocabulary that was a synthesis of East and West and uniquely her own.

Zeid’s career began in the 1920s in Paris and took her back to her native Istanbul, then to Berlin and Budapest before a return to Paris in 1946. In the mid-1970s Zeid moved to Amman, Jordan, where she worked and taught for the rest of her life. This new book, published to accompany a major traveling exhibition, seeks to restore interest in Zeid’s long, illustrious career, and to examine the pivotal role she played in the international cross-pollination of artistic ideas in the 20th century. Featuring more than 100 reproductions of Zeid’s bold and colorful paintings, from her earlier geometric, calligraphic style to later, more expressive portraits, along with documentary photographs, this book reveals an astonishing body of work.