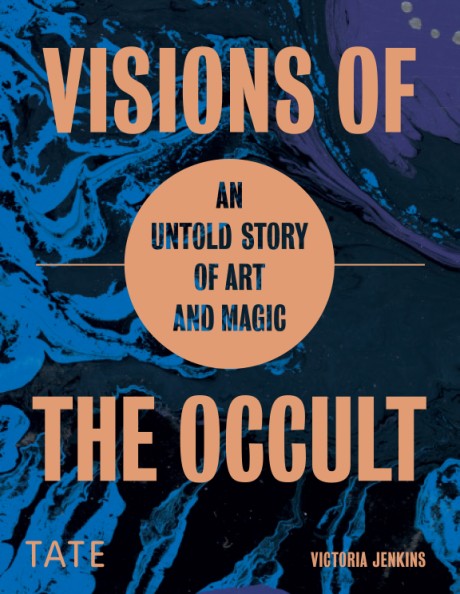 Visions of the Occult

An Untold Story of Art & Magic


“The word ‘occult’ comes from the latin occulus, meaning ‘hidden.’ The underlying assumption is that there is another, unseen world beyond that of the day-to-day existence—with magic offering the possibility of connecting these two worlds.” —Christopher Dell, The Occult, Witchcraft & Magic, 2016

This lavishly illustrated magical volume acts a potent talisman connecting the two worlds of Tate—the seen public collection and the unseen secrets lurking in the archive. The pages of this book explore the hidden artworks and ephemera left behind by artists for the first time and will shed new light on our understanding of the art historical canon. Expect to find the unexpected with artists such as Ithell Colquhoun, John Nash, Barbara Hepworth, David Mayor, Max Armfield, Cecil Collins, Jill Smith and Bruce Lacey, Francis Bacon, Alan Davie, Joe Tilson, Henry Moore, William Blake, Leonora Carrington, and Hamish Fulton. For the first time, the clandestine, magical works of the Tate archive are revealed with archivist Victoria Jenkins acting as the depositary of its secrets. This book explores the symbiotic relationship between art and the occult and how both can act as a form of resistance to challenging environments. This book will change perceptions forever and illuminate the surprising breadth and extraordinary ways in which artists interpret not just the physical world around them but also the supernatural, and in doing so, make the unseen, seen. If you think you know Tate artists, it’s time to think again.

Victoria Jenkins is a London-based artist and author and is an archivist at Tate. Her work concerns the coalescence of occultism, science, and philosophy, and she is interested in the occult in art through to surrealism and mysticism.