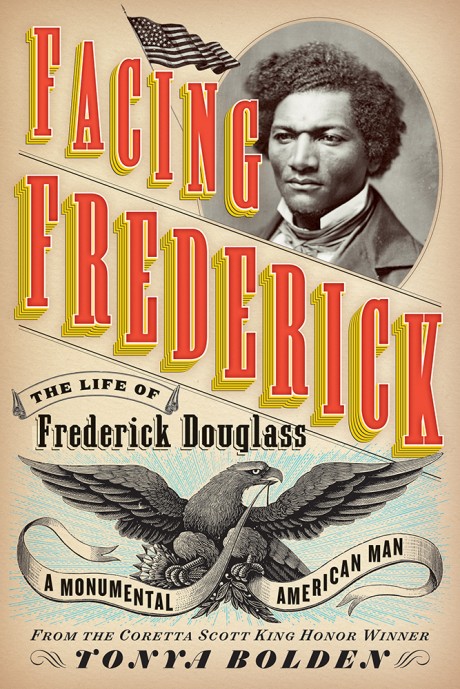 The Life of Frederick Douglass, a Monumental American Man

Teacher. Self-emancipator. Orator. Author. Man. Frederick Douglass (1818–1895) is one of the most important African American figures in US history, best known, perhaps, for his own emancipation. But there is much more to Douglass’s story than his time spent in slavery and his famous autobiography. Delving into his family life and travel abroad, this book captures the whole complicated, and at times perplexing, person that he was. As a statesman, suffragist, writer, newspaperman, and lover of the arts, Douglass the man, rather than the historical icon, is the focus in Facing Frederick.

Tonya Bolden has written numerous bestselling books for children and adults, and her work has garnered many awards, including the Coretta Scott King Honor, James Madison Book Award, School Library Journal Best Book of the Year, and YALSA Best Book of the Year. She lives in New York City. Visit tonyaboldenbooks.com.