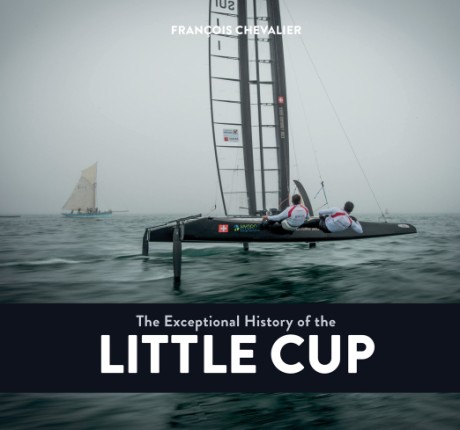 The Exceptional History of the Little Cup

The first Little America’s Cup, held in 1961 in Long Island, came about when the United States challenged Great Britain in a technical and sporting event, with the winner receiving a trophy engraved “The International Catamaran Challenge Trophy.” Today, the Little Cup is officially called the International C-Class World Championship, and more than just a competition, it has become an applied-technology lab for small racing catamarans. Handsomely illustrated with over 100 photographs and diagrams, designs, and maps made by François Chevalier, the book describes, via the 26 championships held since 1961, not only the regattas themselves but also the sailors, the history of cutting-edge technological discoveries, as well as the architecture of the catamarans moving at the very fastest speeds.

François Chevalier is a naval architect and journalist. He is an author and illustrator of reference works on the history of French and international yachting and received the 1988 Salon du Livre Maritime prize, the 1994 Patrimoine Maritime award, and the Neptunia Prize in 1994.