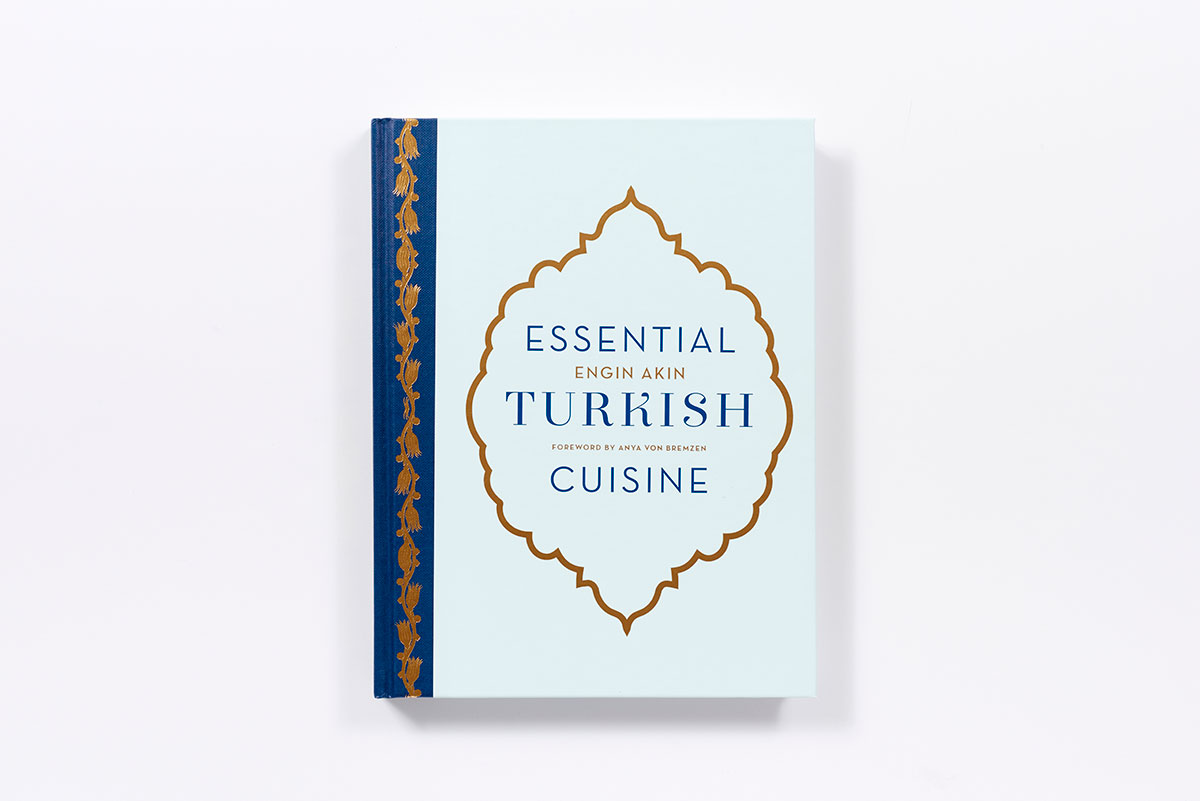 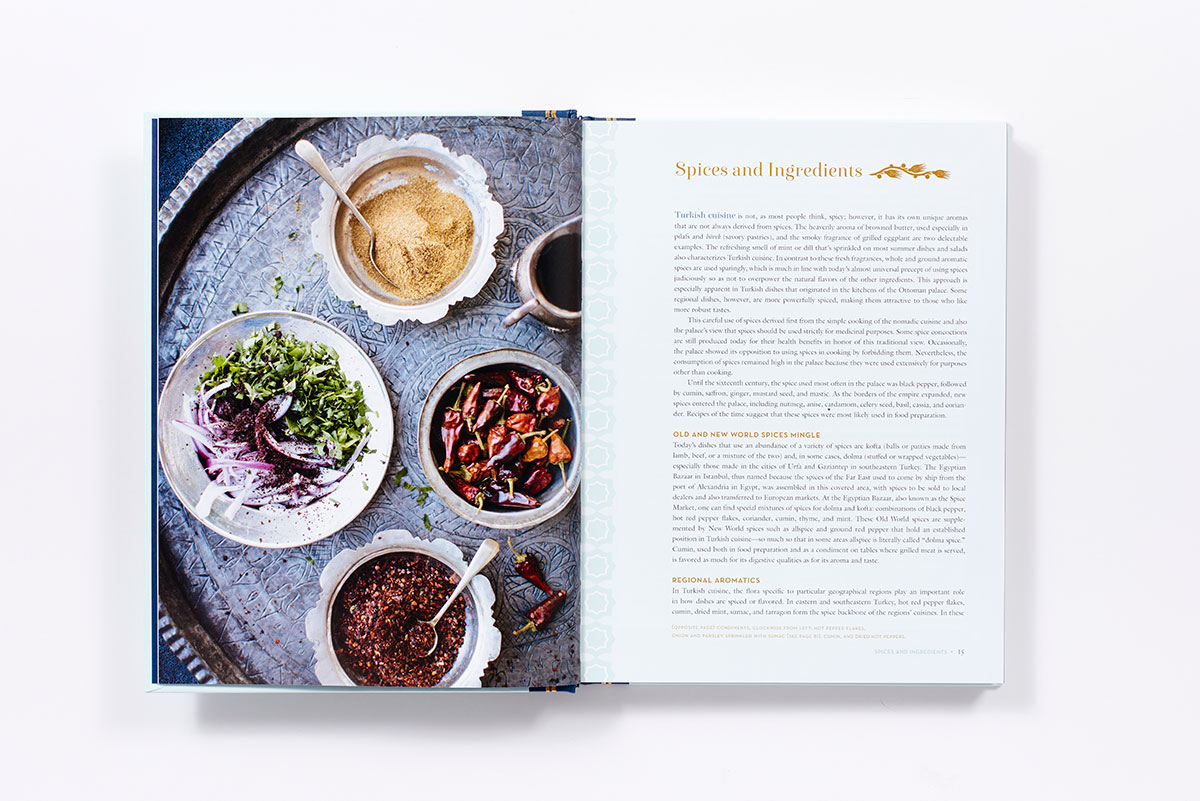 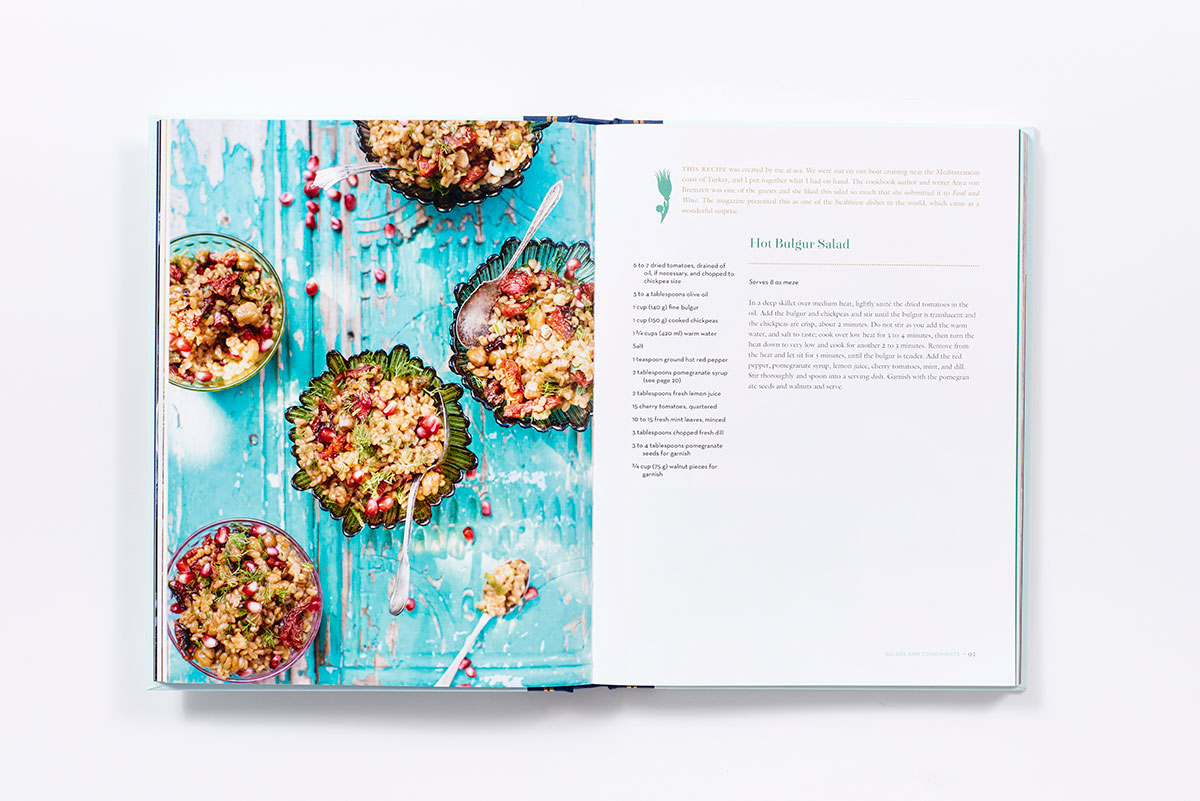 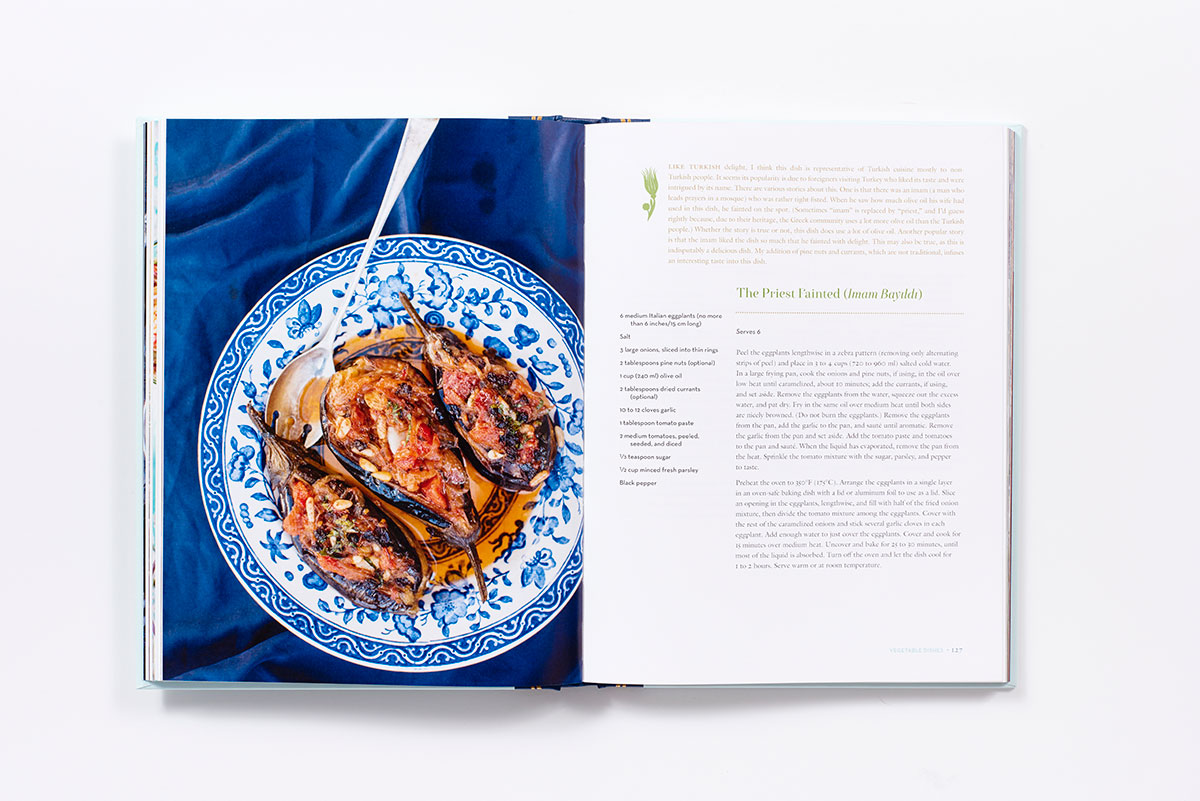 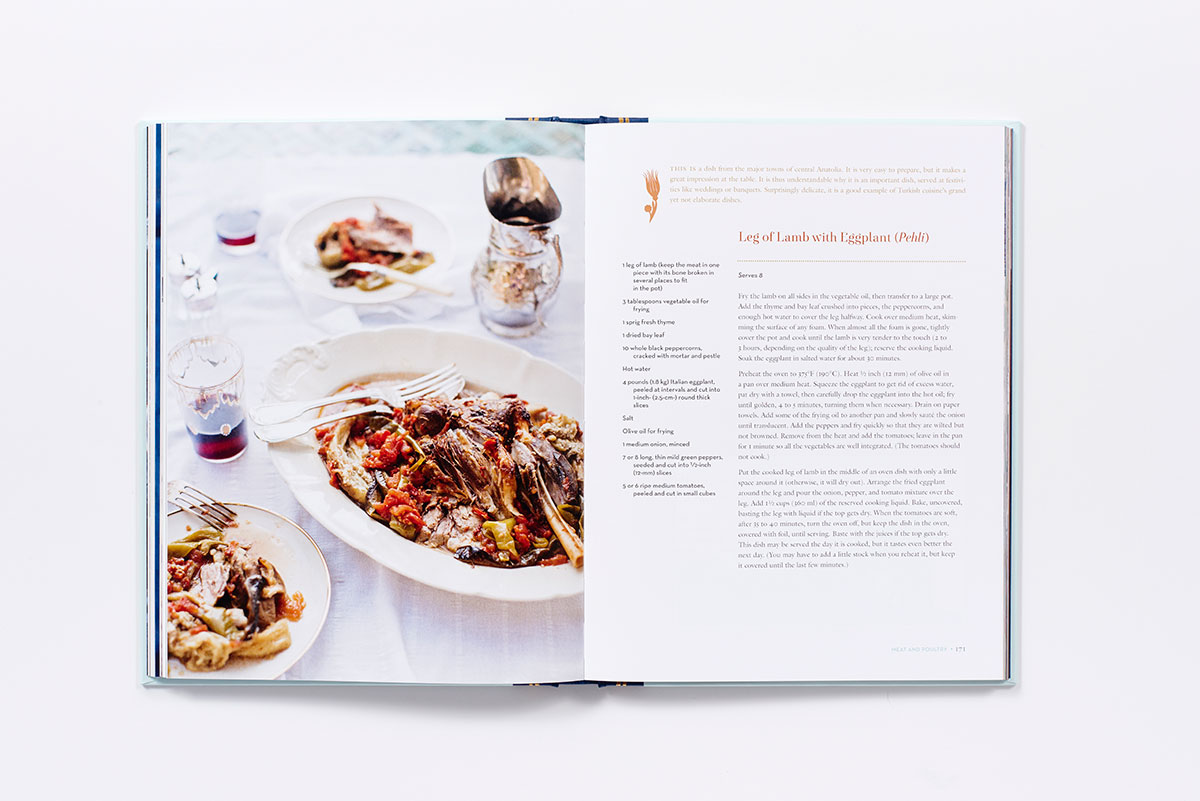 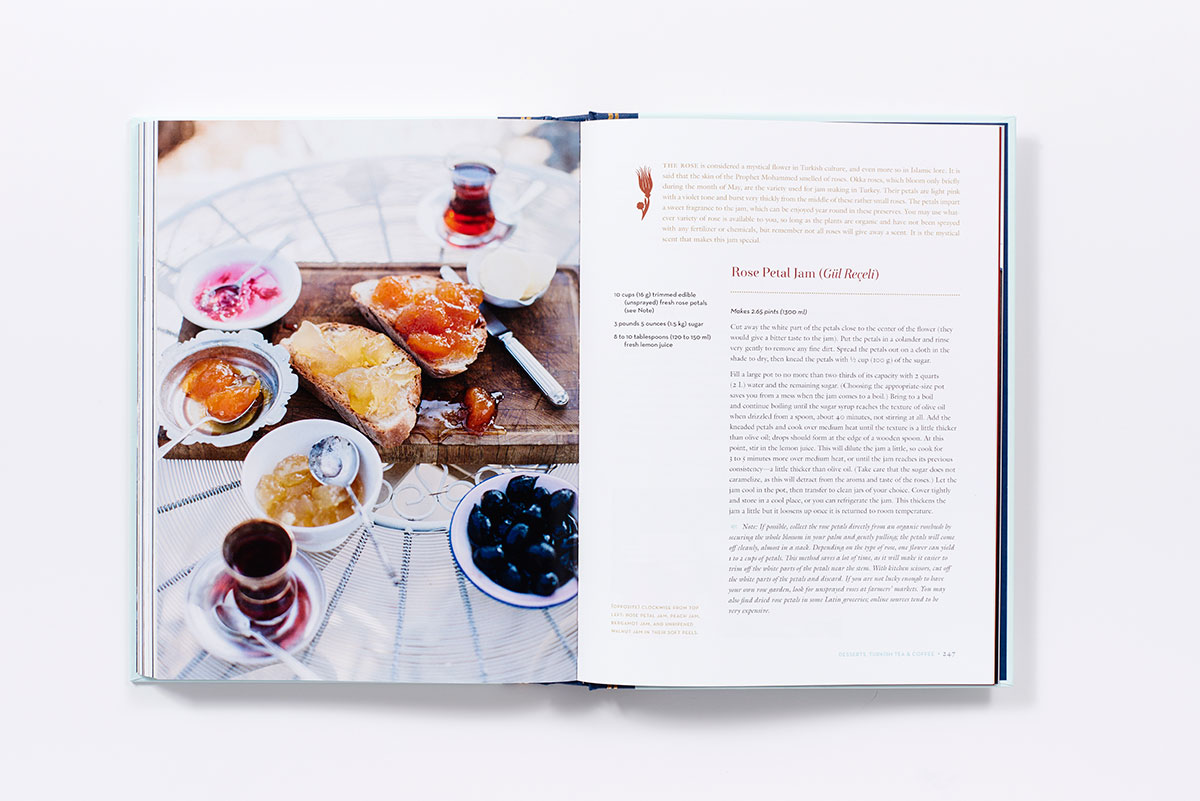 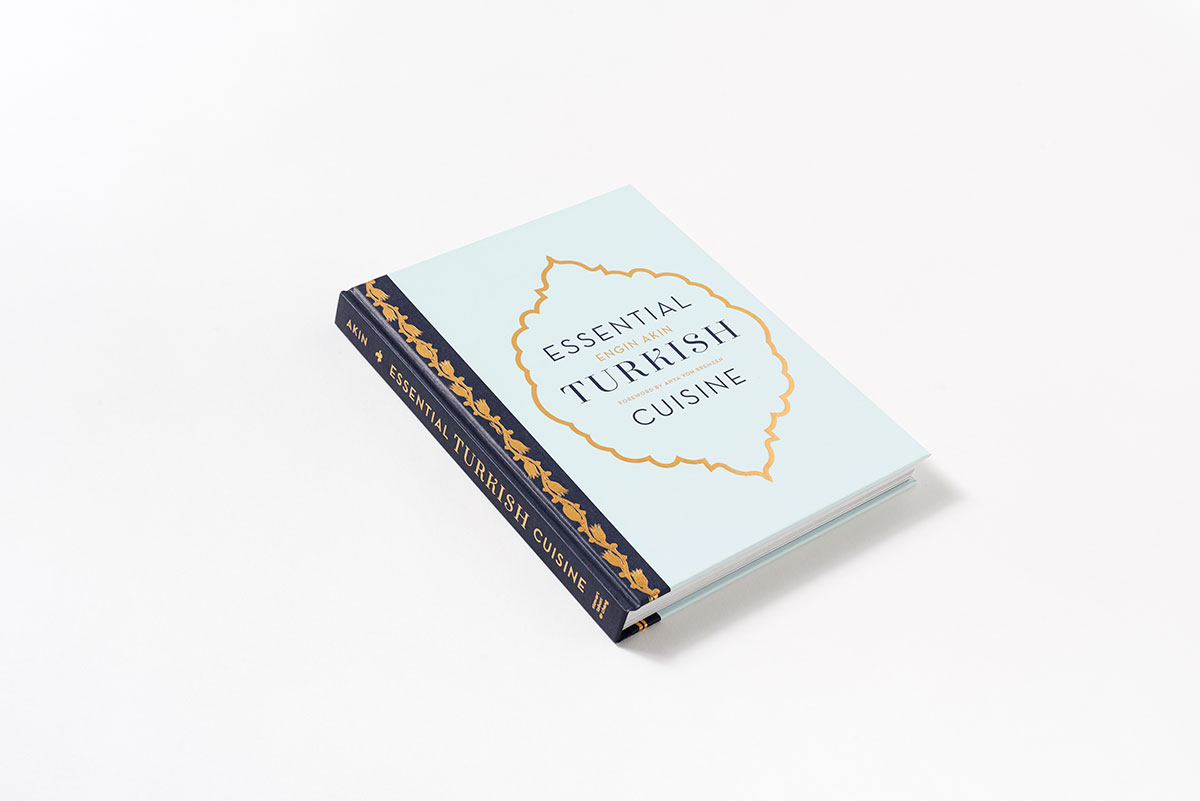 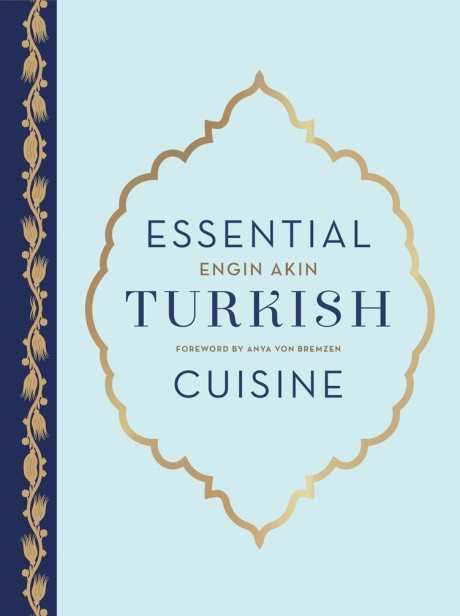 Engin Akin shares her culinary mastery and describes the evolution of Turkey’s diverse culture of food in Essential Turkish Cuisine. Complete with 200 recipes found across the country, including traditional dolmas, kebabs, halva, and more, this definitive book offers rare insight into the myriad influences on modern Turkish cooking.

Featuring a wide range of large and small plates—from Stuffed Peppers and Eggplant to Lamb with Quince, Fresh Sour Cherry Hosaf to Crepes with Tahini and Pekmez—Akin includes expert instruction for each dish. Through these recipes and the gorgeous photographs of Turkey—its bustling markets, its food, and its traditions—Akin shares the country’s rich heritage and brings the spirit of Turkey into your kitchen.

“Essential Turkish Cuisine is the long overdue tribute to the richly sensuous food of Turkey. Handsome, intriguing, and beautifully illustrated, these meticulous recipes are right in keeping with the current tastes for heady, exotic spicing of a variety of dishes.”

“Engin Akin has woven a rich tapestry of history and flavor that captures the essence of Turkey’s millennia-long cuisine. But her vivid recipes also bring us face to face with a born teacher, a gifted cook, and a hostess whose table might impress a sultan but who also knows the beauty of everyday cooking. Here is a lifetime of culinary wisdom shared with English-speaking cooks looking for a key to unlock one of the world’s most seductive cuisines.”
Maricel E. Presilla, Culinary historian and author of Gran Cocina Latina: The Food of Latin America —

“Not just an accomplished cook and teacher, Engin Akin is also a person with a deep cultural understanding of Turkish traditions, from the Black Sea to the Aegean to the Mediterranean and all of vast Anatolia in between. Here are the myriad dishes that make Turkey such an exciting destination, one still little known in the West but certain to move high on every culinary explorer’s catalog of where to go and what to cook next.”
Nancy Harmon Jenkins, Author of Virgin Territory: Exploring the World of Olive Oil —

“The sumptuous food of Turkey is no secret, but Engin reintroduces the world to beloved and authentic Turkish dishes in this ultimate reference. Her love for her native cuisine is evident and she transports readers to the markets, seaside villages, and vast country where it’s all happening.”
Ana Sortun, Chef, James Beard Award recipient, and partner of Oleana, Sofra Bakery, and Sarma Restau —

“A reference. A treasure. A culinary tour de force.”
Steven Raichlen, Author of the Barbecue Bible cookbook series and host of Primal Grill and Project S —

“There are so many cozy, spicy dishes, in fact, that Akin’s big, beautiful book of gorgeously shot cuisine shouldn’t be anything less than a must have.”
Departures —

Engin Akin is a world-renowned authority on Turkish gastronomy and author of three cookbooks published in Turkey. A former food columnist, radio personality, and celebrated cooking instructor, she has been featured in the New York Times, Saveur, and Bon Appétit, among other publications. Engin divides her time between Istanbul and Ula, where she runs a cooking school.