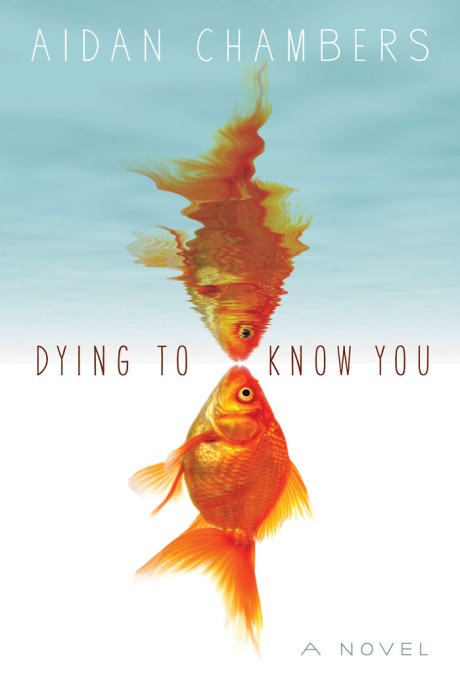 In Dying to Know You, award-winning author Aidan Chambers has created an indelible portrait of a young man discovering his own voice in the world, and has constructed a love story that is as much about the mind as it is the heart.
In this contemporary love story, a teenage boy named Karl enlists a famous writer to help him impress his girlfriend, Fiorella. She has asked him to write her a letter in which he reveals his true self. But Karl isn't convinced he's good enough with words, so he tracks down Fiorella's favorite author and begs him to take up the task. The writer reluctantly assents, on the condition that Karl agree to a series of interviews, so that the letter will be based on an authentic portrait of Karl. The letter, though effective, has unexpected consequences for Karl, Fiorella, and the writer.

Praise for Dying to Know You


"Deliberate in pace and carefully insightful in its investigation of character, Chamber's latest is a work of art that repays multiple readings."

"Chambers delivers yet another intellectually satisfying novel with equal parts philosophy and repartee, and this one may have broader teen appeal than his most recent efforts."
—The Horn Book, starred review

"Packed to the brim with challenging ideas, the latest from Chambers—winner of the Printz Award, Carnegie Medal, and Hans Christian Andersen Award, among others—is simultaneously an acutely observed (and surprising) love story; the chronicle of a young man coming into his own as an artist; and a slippery, twisting examination of the art of storytelling."
—Publishers Weekly, starred review

"This quietly understated performance captures the wistfulness of music in a minor key and is ultimately successful in its life-affirming message."
—Kirkus Reviews

"Readers are hooked with snappy dialogue and keen insights; Karl is a multifaceted and likable character who will keep them engaged and rooting for him to find his way in love and in life."
—School Library Journal

Aidan Chambers has received international acclaim and won every major young adult prize, including the Michael L. Printz Award and the Carnegie Medal. He lives in Gloucester, England, with his wife, Nancy. To learn more, visit him online at www.aidanchambers.co.uk.