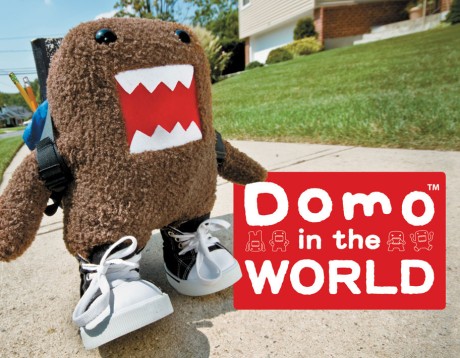 Domo in the World

Domo is the funny, square-ish, brown creature that began life as a mascot for a Japanese TV network, but who has blown up into a beloved international phenomenon. His fuzzy, grinning mug has appeared everywhere from plush toys to figurines, T-shirts to key-chains, as well as on more than one million fansites and on his official Facebook page, where he has made over 230,000 friends. But Domo has never had his own book . . . until now.
Featuring original photography and haiku, Domo in the World shows our plush hero making his way through the world, whether flying a kite (or is the kite flying him?), wooing a pillow that looks suspiciously familiar, or eating anything in sight. At last, there’s a witty and quirky love letter to the inimitable little guy who’s dug by fans of all ages around the globe.

Praise for Domo in the World:

“Entertaining silliness with a generous pinch of irony”
—Publishers Weekly


“Domo in the World is the perfect introduction to the Domo phenomenon—and a real treat for his large preexisting fan base as well!”
—MTV Geek