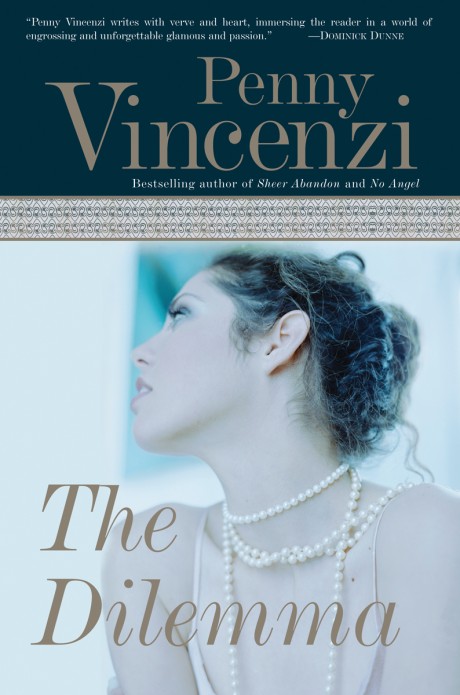 In The Dilemma, Vincenzi's first novel, all Francesca Channing has to do in order to keep her marriage alive, her children safe, her life intact, is to tell a lie. One simple, straightforward lie. But it isn't that simple or straightforward at all. Her husband is charismatic, powerful and rich—and he adores her. He's also manipulative and scheming, with a family as large and complex as his business—Francesca is his third wife, after all. But it was an emotional crisis of her own which finally put Francesca's dilemma into perspective, that made her wonder if she loved him enough to lie for him, that made her wonder how far she could go.

Penny Vincenzi has written seventeen bestselling novels, including No Angel, Something Dangerous, Into Temptation, Wicked Pleasures, Another Woman, Forbidden Places, Windfall, An Outrageous Affair, The Dilemma, Almost a Crime, and A Perfect Heritage. Before becoming a novelist, she worked at such magazines as Vogue, Tatler, and Cosmopolitan. She has four daughters, and divides her time between London and Gower, South Wales. Over seven million copies of her books have been sold worldwide.