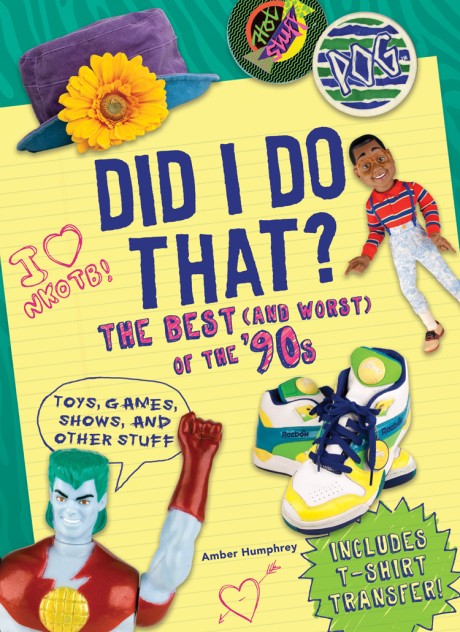 Did I Do That?

Did I Do That? The Best (and Worst) of the ‘90s relives the decade that brought the Power Rangers, Saved by the Bell, and Beanie Babies to worldwide stardom. Celebrating the most sought-after, wacky, ubiquitous, and downright bizarre bits of ’90s pop culture, this chock-full-of-fun, tongue-in-cheek survey looks back at everything kids begged their parents for and comments on what made all that stuff so irresistible. Each of the top 40 pop-culture phenomena of the era—from toys and games to television and film to books and music—gets its own short chapter discussing its rise and fall, spinoffs, favorite moments, and more, along with running commentary on what was hot at the moment and what was suddenly “so five minutes ago.”
For anyone who quoted Urkel, saved up her (or his!) allowance for a Spice Girls doll, or traded pogs with friends in study hall, Did I Do That? brings back favorite ’90s toys, fads, and memories from childhood in a fully illustrated, shamelessly nostalgic collection.