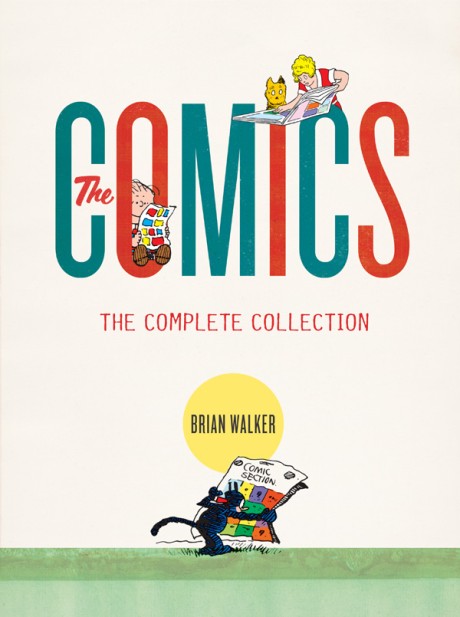 Brian Walker’s two comprehensive guides to American comics, The Comics Before 1945 and The Comics Since 1945, are combined here in one beautifully designed omnibus edition, The Comics: The Complete Collection. Cartoon authority Brian Walker has amassed over a century of strips—more than 1,300 images—including rare examples provided by the artists themselves. Featured cartoonists include George Herriman (Krazy Kat), Walt Kelly (Pogo), Charles Schulz (Peanuts), Bill Watterson (Calvin and Hobbes), Scott Adams (Dilbert), Patrick McDonnell (Mutts), and many more. Organized by decade, with biographical profiles and analysis of the different genres, The Comics is a graphically stunning, and terrifically priced survey of American newspaper comics.

Praise for The Comics:

"The strips . . . are beautifully reproduced and carefully annotated."
-The New York Times

"As a detailed and informed one-volume history of the newspaper comics, Walker's The Comics is the best book we have."
-PW Comics Week

"[The Comics is] excellent at conjuring the feeling of feverish joy that comics can provide."
-The Washington Post

"This is a terrific collection both for novices in need of an overview and for aficionados looking for new discoveries."
-A.V. Club

“a bountiful treasury of an underrated 20th-century art form at its best, one bound to amuse and enlighten”
—The Palm Beach Post

"This is a book to be savored, enjoyed a page at a time, perhaps the perfect coffee-table tome."
-The Plain Dealer

Brian Walker has written and edited more than two dozen books and curated more than 70 cartoon exhibitions. Since 1984 he has been part of the creative team that produces the comic strips Beetle Bailey and Hi and Lois. He lives in Wilton, Connecticut.