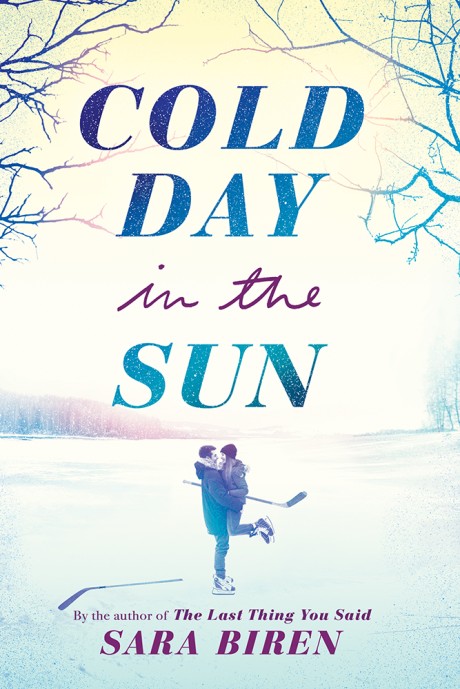 Cold Day in the Sun

From the author of The Last Thing You Said, a YA romance about a girl on a boys hockey team who happens to fall for the team captain.

Holland Delviss wants to be known for her talent as a hockey player, not a hockey player who happens to be a girl. But when her school team is selected to be one of the schools featured and televised as part of HockeyFest, her status as the only girl on the boys' team makes her the lead story. Not everyone is thrilled with Holland's new fame, but there's one person who fiercely supports her, and it's the last person she expects: her bossy (and very cute) team captain, Wes.

Sara Biren is the author of The Last Thing You Said. She earned an MFA in creative writing from Minnesota State University, Mankato, and has had several short stories published in literary journals. She lives in Wisconsin with her husband and two children. Visit her at sarabiren.com.