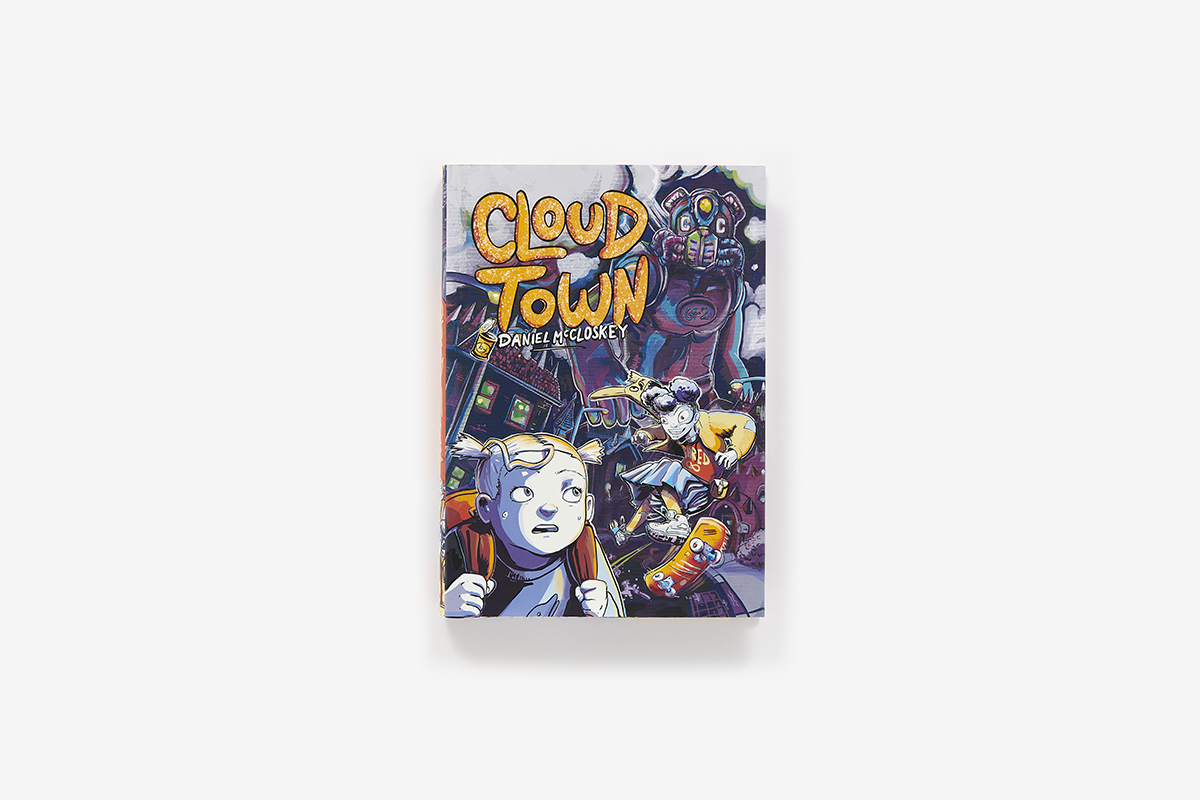 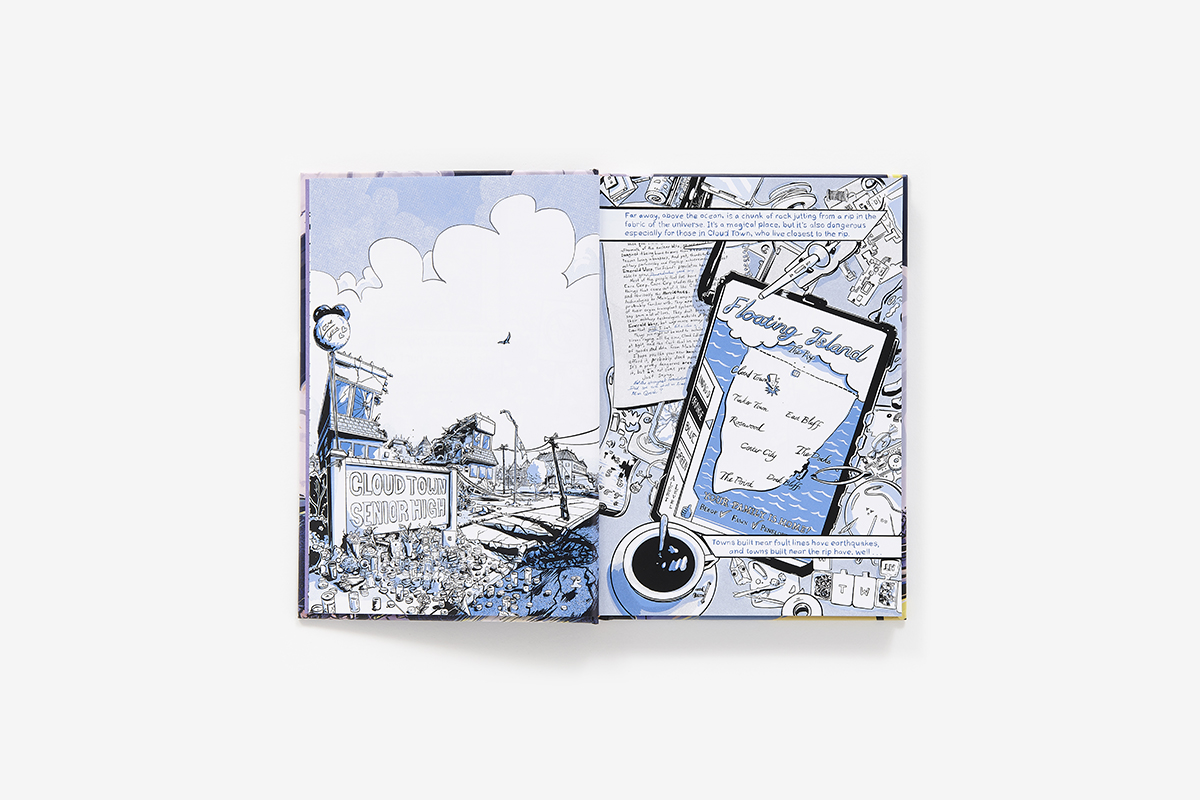 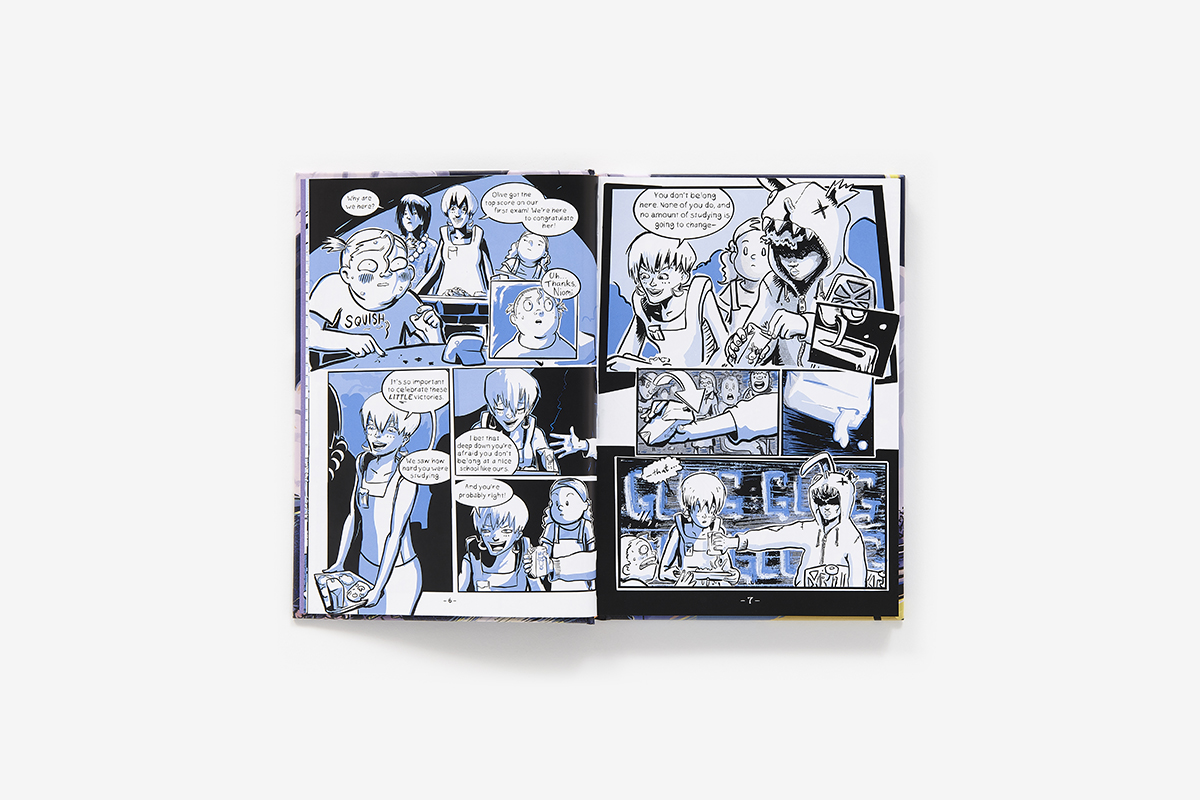 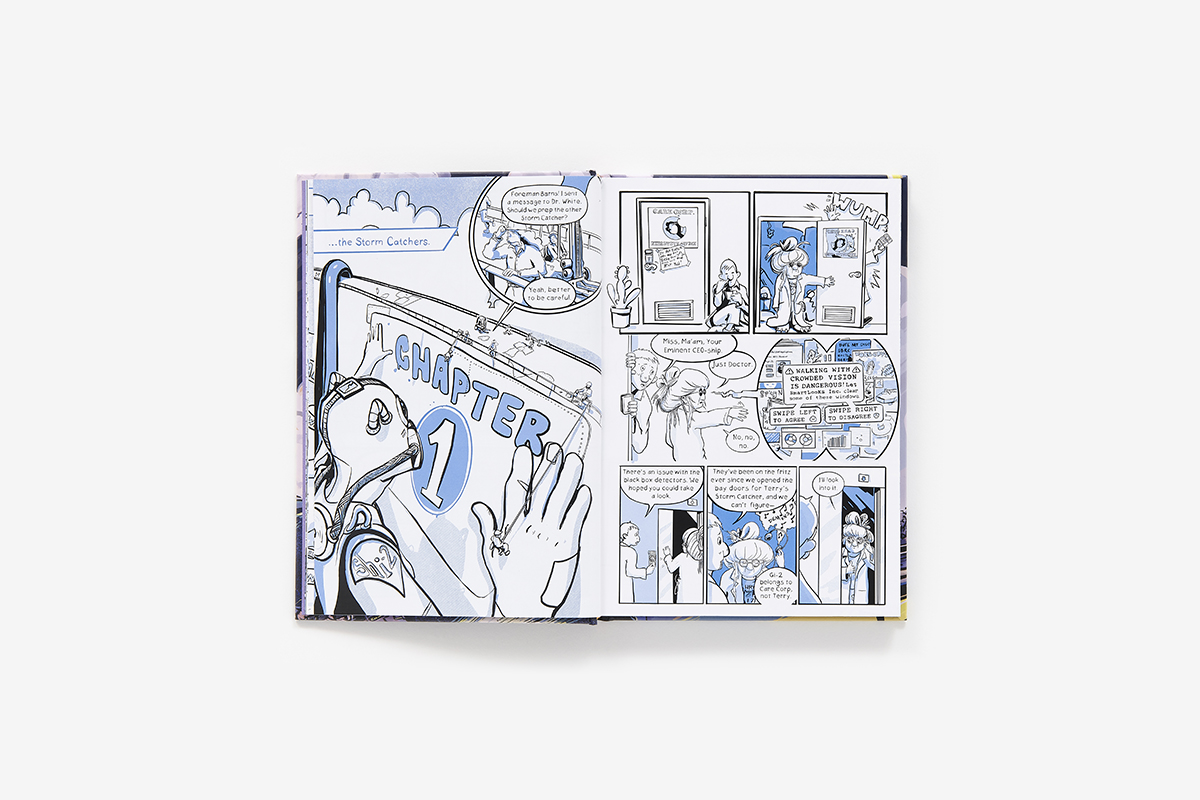 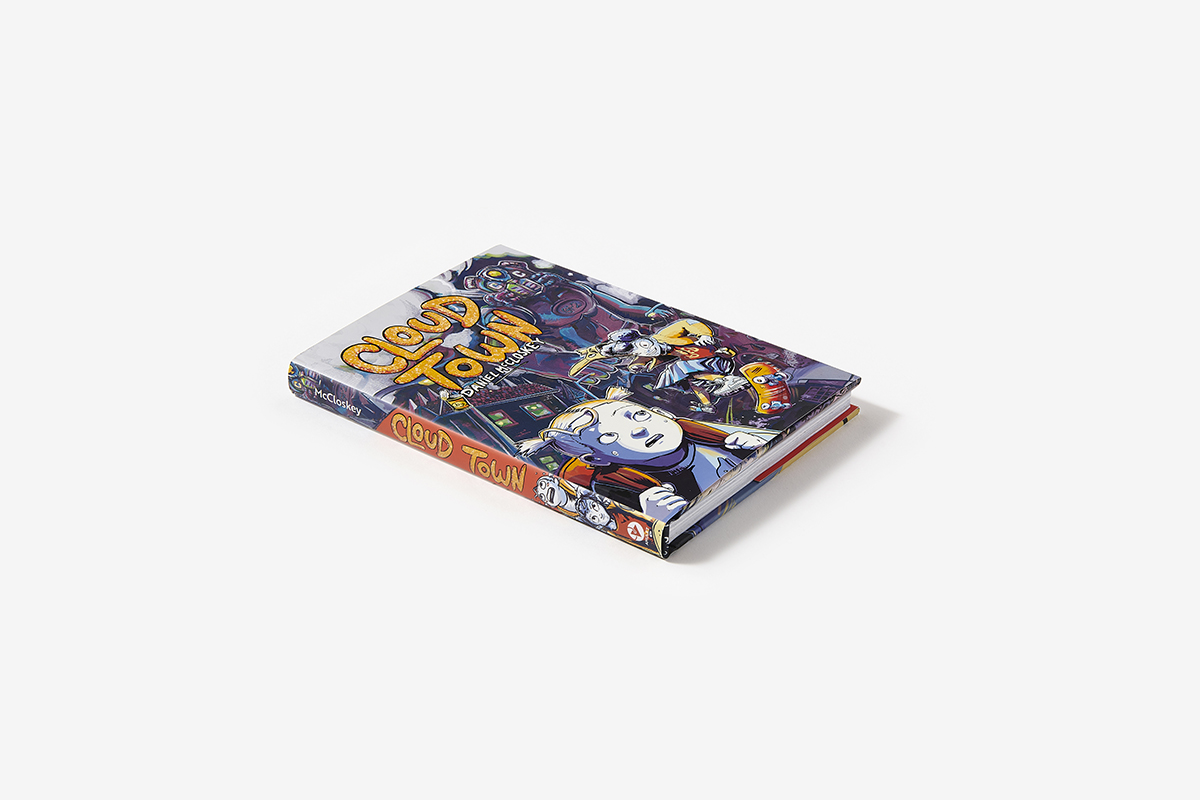 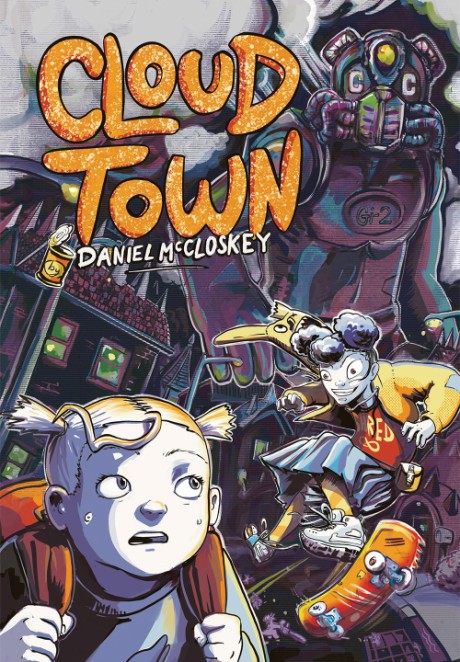 An exciting middle-grade graphic novel about best friends, giant robots, and monsters from another universe!

In Dan McCloskey’s debut graphic novel, best friends Pen and Olive live in Cloud Town, an impoverished community on Floating Island, a mysterious landmass that drifts above the earth and happens to sit dangerously close to the Rip—a tear in the fabric of the universe. No big deal or anything.

While Pen is brash and brave, Olive is quiet, kind, and also fearful of bullies at school. That is, at least until the day they are nearly squashed by a Care Corp Storm Catcher, a giant android built to protect Cloud Town and the rest of Floating Island from Hurricanes, monsters that travel across the Rip. It isn’t the event itself that changes the girls’ relationship. It isn’t the fear of death that drives them apart, or the questionable decision-making that leads Pen to drag Olive into the cab of the crashed robot. It’s the fact that Olive can move the 90-foot-tall machine and Pen can’t. Care Corp recruits Olive to train as a pilot, so that she can protect Floating Island when the next attack comes. It’s a role reversal, for which neither of the girls are prepared.

McCloskey’s original art style shines in this wild adventure—it sets the tone for a story that is not only filled with fantastic monsters and mad science, but also the journey of two friends growing up and growing apart in a border town on the edge of the possible.

"McCloskey’s debut graphic novel is a story of compatibility and divergence as two friends explore and adapt beyond the confines of their relationship and their own self-imposed limitations. . .Weirdly and unexpectedly wonderful."
Kirkus Reviews —

"McCloskey’s detailed art does a great job of emphasizing the emotional highs and lows of high school and mech combat. The gritty, textured look makes the characters and settings feel real and helps create a seamless transition between reality and the more fantastical elements of this adventure."
School Library Journal —

Dan McCloskey is a writer and graphic artist based in the San Francisco Bay Area. He is a recipient of the Creative Development Grant from The Heinz Endowments and The Pittsburgh Foundation. He also received the Small Arts Initiative Grant to promote reading as performance via the Cyberpunk Apocalypse Writers’ Project, which he founded in Pittsburgh, Pennsylvania. McCloskey’s a consummate zine maker and cartoonist. Cloud Town is his debut graphic novel.