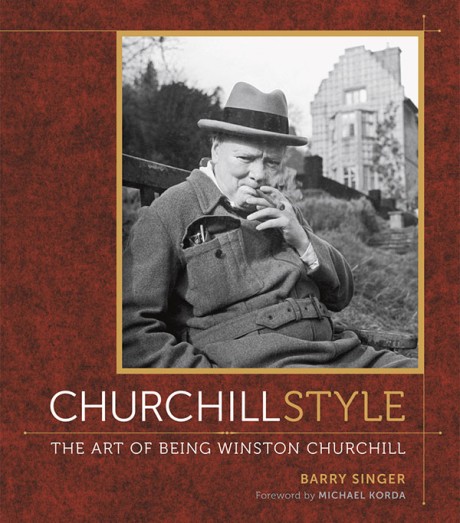 The Art of Being Winston Churchill

One of the most iconic and endlessly fascinating figures of the 20th century, Winston Churchill has been the subject of any number of books, but none of them have analyzed his lifestyle as a way to really understand the man. This book features a vivid and entertaining timeline of his public history, but also focuses on the more personal, nonwork aspects of his day-to-day life, covering topics such as autos, books, cigars, dining, fashion, home, libations, and pastimes. Churchill lived an extravagant life, but in reality did not have much money. His ability to live well beyond his means is a lesson that will intrigue many.

“Despite the hundreds of books written on the wartime leader, there has been surprisingly little compiled on his lifestyle. Barry Singer—a writer, self-described Churchill fanatic and proprietor of Manhattan's Chartwell Booksellers (which touts itself as "the world's only Winston Churchill bookshop")—has corrected the deficit." —Wall Street Journal

"There’s a good deal to like about this jaunty book . . . In brief, Churchill lived beyond his means and appears to have enjoyed every minute of it. Churchill Style puts on display his resourcefulness at doing it." —Buffalo News

“Hundreds of books have been written about Winston Churchill, most of which focus on his military service and his leadership during both World Wars, but none assess his personal style like Barry Singer does in Churchill Style: The Art of Being Winston Churchill.” —Cool Hunting.com

Barry Singer has been the proprietor of Chartwell Booksellers in New York City, the only bookshop devoted to the works of Churchill, for more than 25 years. Singer is also a New York Times notable author and a regular contributor to the New York Times Arts & Leisure section, among many others. Michael Korda is a writer, novelist, and former publishing executive.