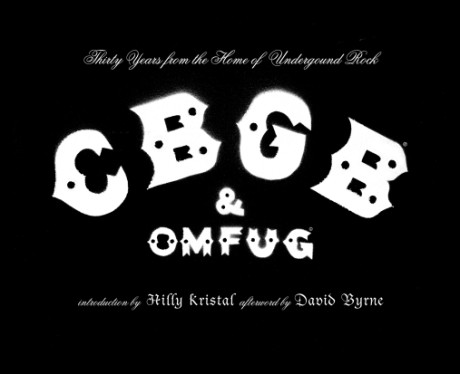 Thirty Years from the Home of Underground Rock

Hilly Kristal originally intended his club to showcase the type of music his venue's notorious letters stand for: Country, Bluegrass, Blues. Little did he know his club on the Bowery would be the birthplace of a new era of music in New York City: Punk. While CBGB ultimately didn't describe the music the club was known for, OMFUG (Other Music for Uplifting Gormandizers) still represents what the club provides for all voracious "eaters" of music.

CBGB & OMFUG is a musical and cultural landmark, recognized worldwide and visited by countless tourists and music lovers each year. In these luminous pages, CBGB's influence and legacy is honored with 200 photos of some of the most celebrated artists in music history. With an introduction by Hilly Kristal, an afterword by David Byrne, Rock and Roll Hall of Famer and cofounder of Talking Heads, and additional commentary by numerous performers and patrons, CBGB & OMFUG features unforgettable images by the many photographers who documented an American institution.

David Byrne is cofounder of the influential and innovative musical group Talking Heads. In addition to being a critically acclaimed musician, he is also a director, producer, documentarian, composer, photographer, and designer. He has published many books of his artwork, and has recently shown at Pace/MacGill Gallery, New York, and the Victoria and Albert Museum, London.