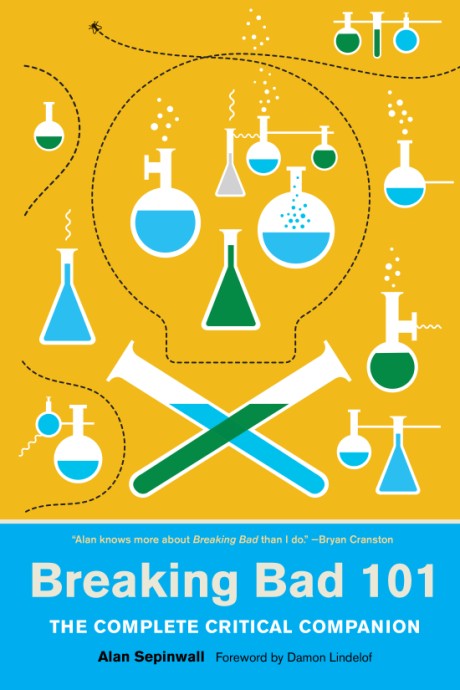 AMC’s Breaking Bad is among the most beloved, critically acclaimed American television series of our time. Created by Vince Gilligan, the series charts the transformation of high school science teacher Walter White (played by Bryan Cranston) into a cold, calculating meth kingpin. Breaking Bad 101 collects esteemed critic Alan Sepinwall’s (Uproxx) popular Breaking Bad recaps in book form, featuring new, exclusive essays and completely revised and updated commentary—as well as insights from and interviews with the creative masterminds behind Breaking Bad. The ultimate critical companion for one of the greatest television dramas of all time, Breaking Bad 101 offers fans Sepinwall’s smart, funny, and incisive analysis of the psychology and filmmaking craft behind each episode and celebrates the series’ unique place in pop-culture history.

Alan Sepinwall is the chief television critic for Rolling Stone. His thoughts on television have appeared in the New York Times, Time magazine, and Variety. Slate has said Sepinwall “changed the nature of television criticism” and called him the “acknowledged king of the form.” Sepinwall lives in New Jersey.