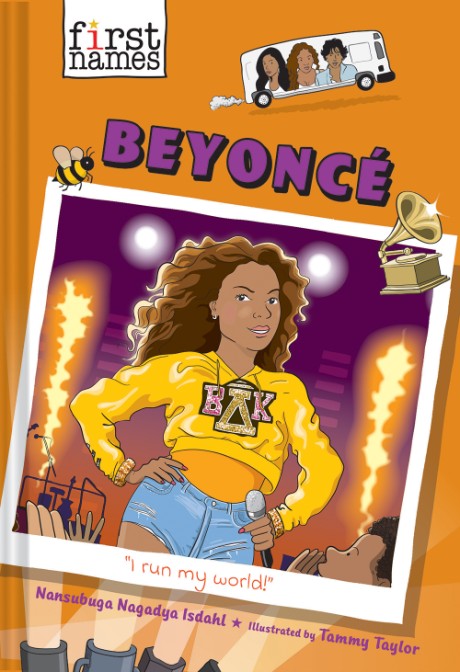 Meet the woman who changed music forever and showed that girls can run the world!


Before she was an international superstar and feminist icon, Beyoncé was a girl from Texas who loved to sing and dance. As a member of Destiny’s Child, she climbed the charts and became a member of one of the most famous musical groups in history. This launched Beyoncé into her solo career, and since then, she’s become an unstoppable force in music and pop culture. She has created countless hits, including “Crazy in Love,” “Single Ladies,” and “Formation.” Beyond music, she is a successful businesswoman and activist who helps bring issues of race and gender into the global conversation. Empowering and inspirational, Beyoncé tells the story of the woman who showed that girls can run the world. It includes a timeline, glossary, and index.

Nansubuga Nagadya Isdahl talks about the research behind the book

Nansubuga Nagadya Isdahl was born to Ugandan parents in Cambridge, Massachusetts. After receiving a master’s degree in diplomacy, she began working in international development in East and Southern Africa. She currently works as a technical writer and editor for international organizations as well as a children’s book author. She lives in Tanzania, with her husband and daughter. Tammy Taylor is an illustrator who enjoys drawing children’s books and manga-style comics. When she isn’t drawing, she teaches others about comics and makes games. She lives and works in London.