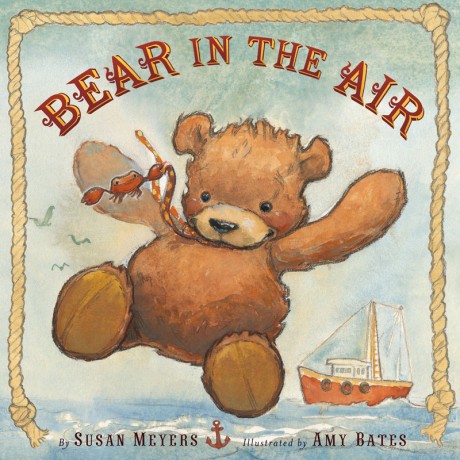 Bear in the Air

When a teddy bear is lost by the child who loves him, the bear begins an amazing journey to get back home again. From swimming in the ocean with the fish, to flying in the sky with the gulls, to being found by a sailor, and then being carried off by the wind, the bear meets new friends and travels to many places he never dreamed of.

Reminiscent of such classics as The Velveteen Rabbit and the award-winning Miraculous Journey of Edward Tulane, this tender picture book with beautiful seaside imagery will capture readers’ hearts with the bear’s summer adventure as he gets back home where he belongs.

[STAR] “The rhyme shows the simplicity Meyers employs in a text so well structured that almost any adult (or new reader) can prance through with natural, bouncy enthusiasm.” —Booklist, starred review

Praise for The Dog Who Belonged to No One

[STAR] “Careful parallel storytelling and beautifully paced page turns allow both text and illustrations to develop the characters, establishing both worth and loneliness.” —Kirkus, starred review