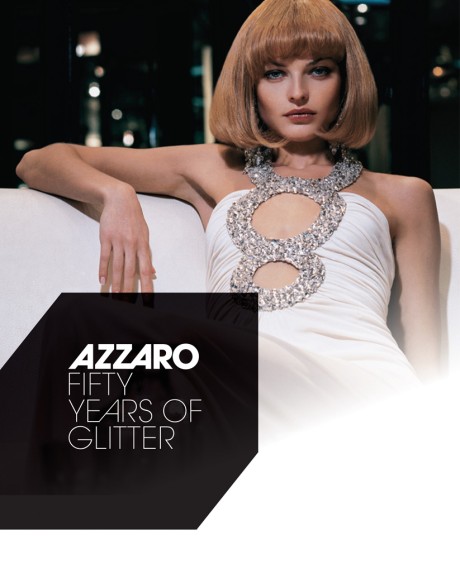 Fashion designer Loris Azzaro embodied an era. His fashion house, founded in Paris in 1967, was known for visionary silhouettes, slinky silk jerseys, daring cut-outs, and ornate beading and embroidery. Starting with his wife and muse Michelle, Azzaro (b. Tunisia, 1933; d. Paris, 2003) created clothes for beautiful women— among them Sophia Loren, Raquel Welch, Marisa Berenson, Isabelle Adjani, Kate Winslet, Marion Cotillard, and Nicole Kidman. His style was seductive and modern, imbued with audacity and Parisian elegance. He created both mens’ and womens’ collections, and became well known for his perfumes.

Filled with interviews with people who knew and worked with Azzaro, this sumptuous new book focuses on themes important to the designer: style, inspiration, contemporaneity, perfumes, and family. The stunning illustrations include photographs from the Azzaro archives by Helmut Newton, Guy Bourdin, and other well-known fashion photographers, as well as magazine covers from Vogue, Elle, and more.

Serge Gleizes is a journalist and the author of many books, including Pierre Frey: Inspiring Interiors, Paris by Ladurée, and The French Bistro Chair.