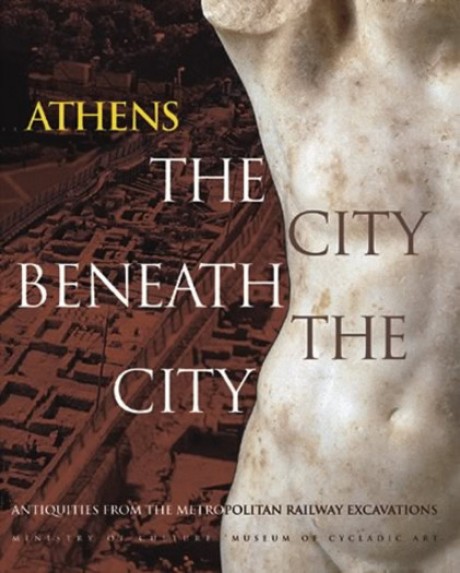 Athens: The City Beneath the City

Antiquities from the Metropolitan Railway Excavations

The extensive excavations required to build the new Athens Metro have unearthed archaeological finds of staggering importance. Under the modern city, untouched for thousands of years, lay a wealth of artifacts and the remains of homes, marketplaces, and temples from ancient Athens. This full-color book presents the astonishing discoveries from this city beneath the city - bringing the capital of the classical world to life once again. Working just steps ahead of the Metro construction, archaeologists labored to preserve the ancient city, removing entire foundations intact. What they found can be seen in an extraordinary exhibition at the Museum of Cycladic Art in Athens - and in this glorious book. Spanning Athenian life from the Mycenaean to the Byzantine eras, the 500 objects featured range from statues, pottery, and jewelry to tools, toys, a dog collar, and a large stone slab listing the dead from three battles of the Peloponnesian War, mentioned by Thucydides. On every captivating page, Athens: The City Beneath the City resonates with new information about the dynamic culture of ancient Greece.

Liana Parlama is director of antiquities at the Greek Ministry of Culture. Nicholas Stampolidis, a professor at the University of Crete, is director of the Museum of Cycladic Art.