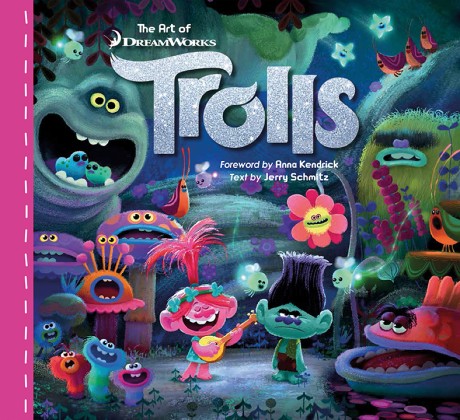 The Art of Trolls

Based on the popular Trolls dolls created by Thomas Dam, Trolls is a 3D computer-animated musical comedy from DreamWorks Animation directed by Mike Mitchell (Shrek Forever After) Princess Poppy (Anna Kendrick) is a relentlessly upbeat, if slightly naive, Troll who inherits her crown on the very day her people face the first challenge that can't be solved with a song or a hug. Accompanied by Branch (Justin Timberlake), she ventures "far beyond the only world they have ever known" in a quest that tests their strength and reveals their true colors. Full of playful designs created in the optimistic and fun-loving spirit of the Trolls, The Art of Trolls showcases hundreds of pieces of concept and production art to illustrate how DreamWorks's team of talented artists created an enchanting reinterpretation of the Trolls phenomenon that has gripped collectors and popular culture for decades.