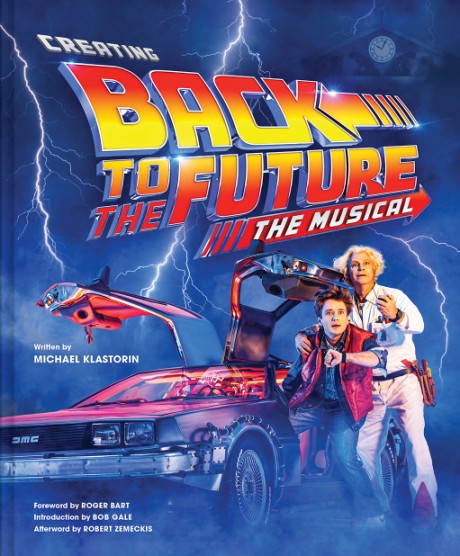 Creating Back to the Future The Musical

The official behind-the-scenes companion to the stage musical adaptation of Back to the Future; includes the complete lyrics to all original songs!

Welcome to Hill Valley! Creating Back to the Future The Musical offers fans of the film franchise and lovers of musical theater an engrossing and entertaining look at the birth of a new theatrical classic as the timeless 1985 film was adapted for the stage. With unprecedented access to cast and crew, author Michael Klastorin (Back to the Future: The Ultimate Visual History) shares exclusive, in-depth interviews and previously unpublished photography. His account reveals and details the yearslong process, and the creative ingenuity and technical innovation, that went into the show’s Manchester tryout and West End premiere. This essential companion to the stage show will bring back fond memories for those who’ve seen it and prepare new fans who haven’t for the greatest musical . . . of all . . . time. Great Scott!

Premiering at the Manchester Opera House in February 2020 to rave reviews—including a notice from the Guardian that the show set “a new standard of spectacle”—Back to the Future The Musical opened at the historic Adelphi Theatre on August 25, 2021, to critical acclaim and blockbuster ticket sales and will soon come to Broadway. Featuring music and lyrics by multi–Grammy winners Alan Silvestri (Avengers: Endgame) and Glen Ballard (Jagged Little Pill) and a book by Bob Gale (Back to the Future trilogy), adapted from the original screenplay by Gale and Robert Zemeckis (Forrest Gump), and directed by Tony Award winner John Rando (Urinetown), both the Manchester premiere and the West End debut introduced Tony Award winner Roger Bart as Doc Brown and Olly Dobson as Marty McFly.

"People are going to be talking about this for a long time."
—The Guardian