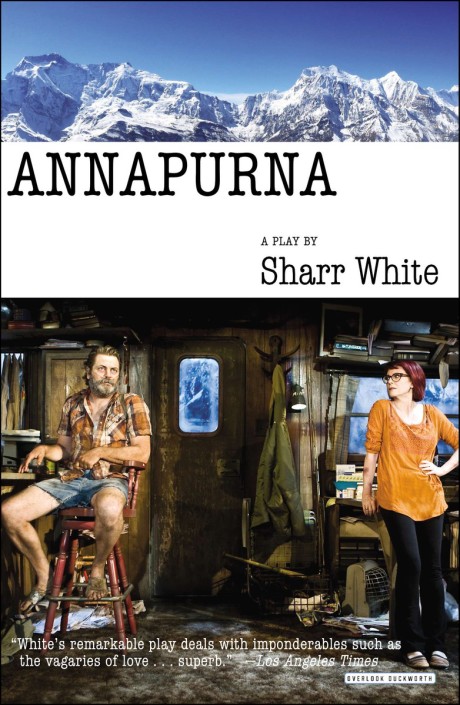 Now hearing he's in dire straits, she tracks him down in the wilds ofColorado to a filthy trailer, where he's hooked to an oxygen tank and cooking sausage in the buff. Their reunion, charged by rage and compassion, brings back the worst and best of their former bond.  Annapurna  received its world premiere at the Magic Theatre in San Francisco, its Los Angeles premiere at the Odyssey Theatre in 2013 and its NYC off-Broadway premiere in 2014, the latter two productions starring real-life couple Megan Mullally and Nick Offerman.