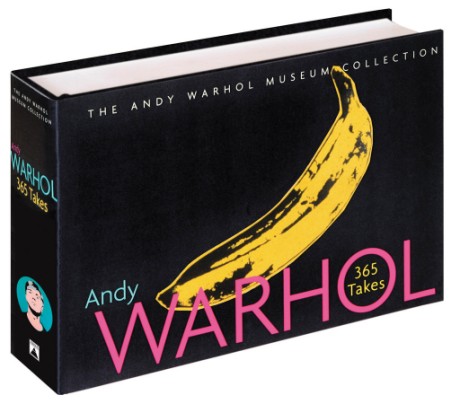 Andy Warhol was one of the most compelling figures of the 20th-century art world whose body of work transformed the landscape of contemporary art. He was also a notorious collector who saved practically everything that came his way. In 1994, seven years after the artist's death, The Andy Warhol Museum in Pittsburgh became the repository not only for a substantial body of his artwork and films, but also for the Time Capsules into which he obsessively deposited a lifetime's worth of ephemera and personal memorabilia. For this book—created in the same format as Abrams' best-selling Earth From Above: 365 Days—the museum has gathered highlights of its collection. Illustrated with almost 400 objects, from paintings to party invitations, the volume also features lively commentaries by the museum's staff as well as quotes from Warhol's own irreverent writings. Timed to coincide with the celebration of the museum's 10-year anniversary, this book will serve as both an introduction to and a handbook for the most extensive collection anywhere of this iconic artist's work.