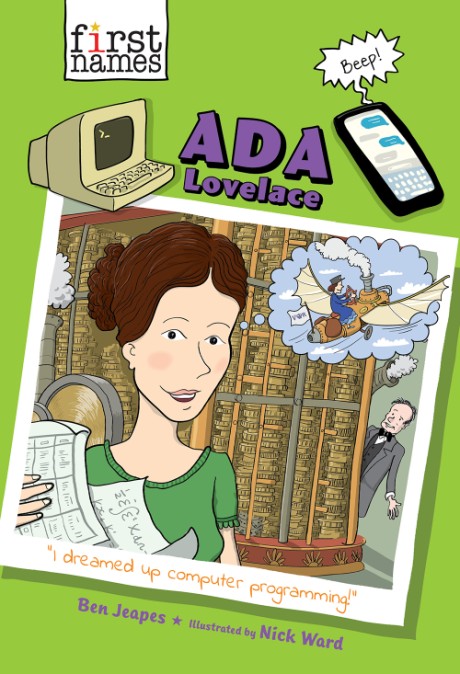 Now in paperback, meet the woman who made coding cool—and possible

Before she was a famous mathematician and the first computer programmer, Ada Lovelace was the daughter of the famous Lord Byron. Byron died when Ada was very young, and Ada’s mother encouraged her interest in mathematics in an attempt to prevent Ada from turning into a melancholy poet like her father. Ada grew up and married a count, and as a countess, she was given access to some of England’s greatest scientists and authors, including Charles Babbage, who was working to develop an analytical engine. Seeing the potential in computers, Ada partnered with Charles and used her mathematical skills to create an algorithm that could make such a machine possible. Fascinating and lively, Ada Lovelace tells the story of the woman who helped pioneer computing! It includes a timeline, a glossary, and an index. First Names is a highly illustrated nonfiction series that puts readers on a first-name basis with some of the most incredible people in history and of today!

Ben Jeapes is author of five novels and runs his own independent science-fiction publishing house, based in Abingdon-on-Thames, Oxfordshire. Nick Ward is the creator of several hugely popular picture books for children that have sold hundreds of thousands of copies and have been translated into numerous languages. He lives in England.