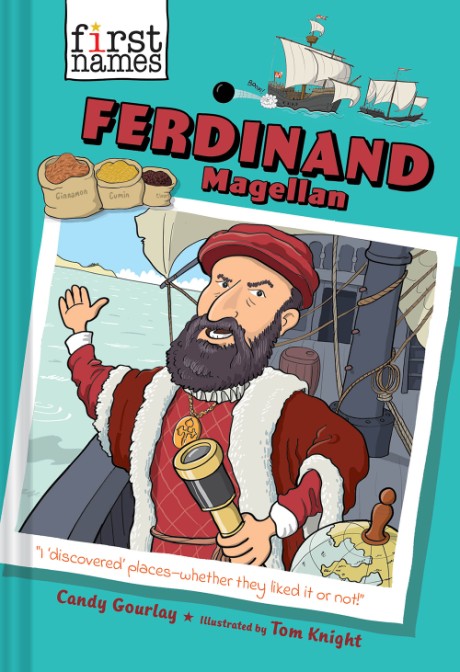 Meet the first explorer who went around the world

Before he led the first expedition to circumnavigate the Earth, Ferdinand Magellan (1480–1521) was a Portuguese sailor known for his incredible navigation skills. After years of sailing, he was chosen to lead a crew to circle the globe—a trip that no other ship had ever completed. Though Magellan died in combat in the Philippines before he could finish the voyage, his ship went on to complete the first circumnavigation of the world, and he is still known as one of the greatest explorers. However, as historians today note, many of the places that Magellan “discovered” already had people living there, and his fame is rooted in colonialism. Ferdinand Magellan tackles the legacy—both good and bad—of this famous explorer. First Names is a highly illustrated middle-grade biography series that puts readers on a first-name basis with the most extraordinary people in history and of today!

"A modern, engaging biography that is a strong buy for classes or libraries needing to support research projects or students interested in world history."
School Library Journal —

Candy Gourlay is an author and journalist who knew that she wanted to write ever since she was a little girl in the Philippines. She lives in London with her husband and her three children. Tom Knight is an illustrator and writer. He lives in England with his wife, Tabby, and his two sons, Archie and Seth.