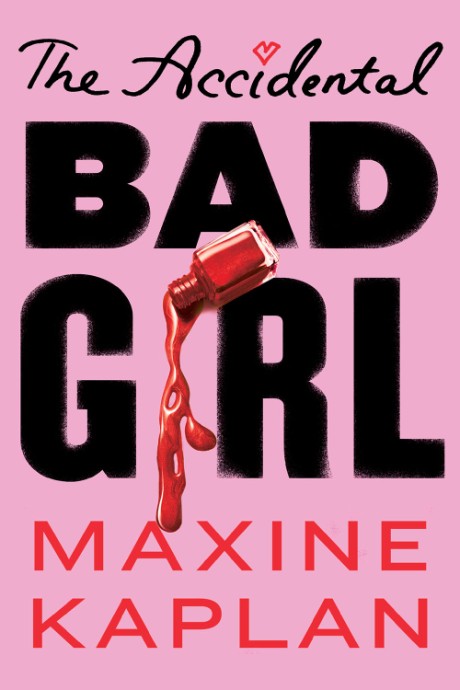 After getting caught hooking up with her best friend’s ex on the last day of junior year, Kendall starts senior year friendless and ostracized. She plans to keep her head down until she graduates. But after discovering her online identity has been hacked and she’s being framed for stealing from a dealer, Kendall is drawn into a tenuous partnership with the mastermind of a drug ring lurking in the shadows of her Brooklyn private school. If she wants to repair her tattered reputation and save her neck, she’ll have to decide who she really is—and own it. The longer she plays the role of “bad girl,” the more she becomes her new reputation. Friends and enemies, detectives and drug dealers—no one is who they appear to be. Least of all Kendall.

"Kaplan cleverly addresses sexuality, gender bias, identity, and rape culture in this page turner that is classic YA mystery with an undercurrent of sex-positive feminism."
— School Library Journal

"An intriguing look at feminism in American culture and the price we pay for our reputations."
— Booklist

**STARRED REVIEW**
"Kaplan’s sharply written, twisty thriller, narrated by the savvy Kendall, deftly explores the shades of gray between “good” and “bad” and the freedom of self-acceptance and shines a light on issues such as rape culture, bullying, and enduring sexual double standards."
— Publishers Weekly

"An exploration of double standards, rape, petty revenge, and even lax parenting as Kendall faces danger to bring down the despicable dealer who tries to convince her that she is just as amoral as he, simply because she doesn’t behave as girls are supposed to."
— The Bulletin of the Center for Children's Books

Maxine Kaplan studied English and political science at Oberlin College and held a variety of positions in the publishing world before landing her current job as a private investigator and author. She lives and writes in Brooklyn, where she caters to the whims of her dim-witted but soulful cat.