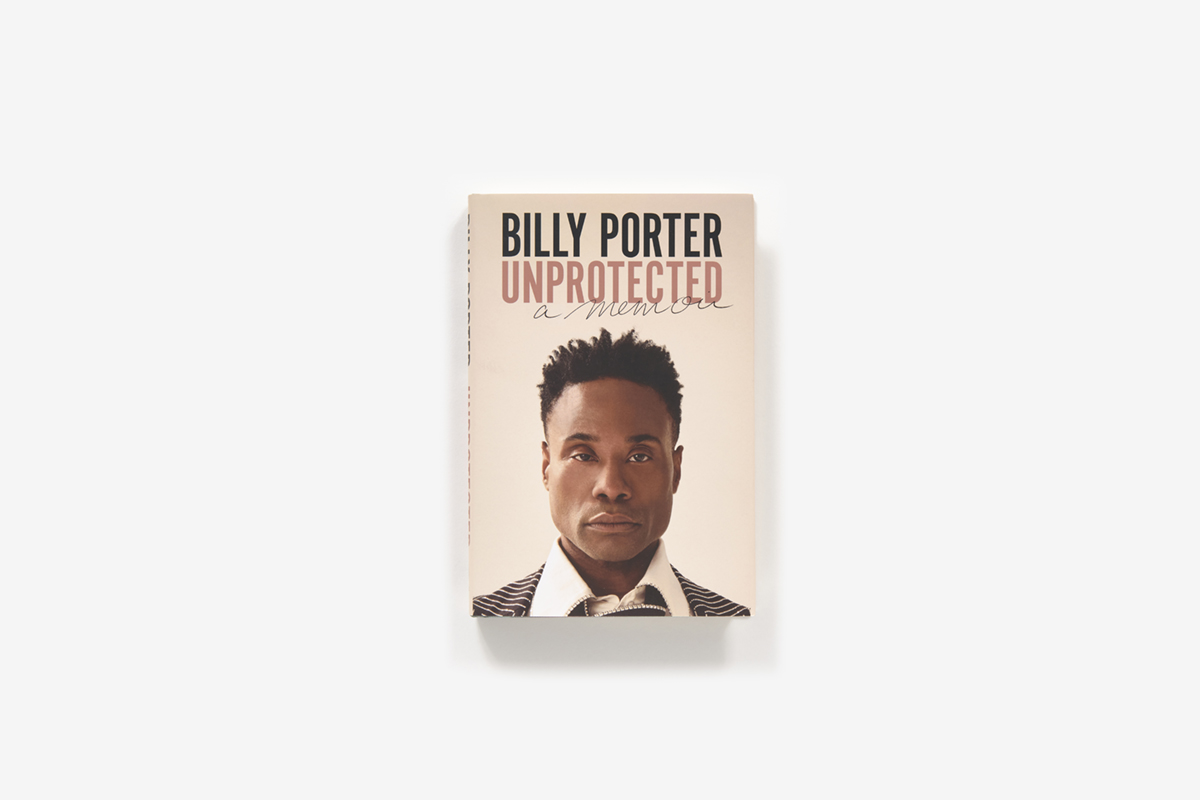 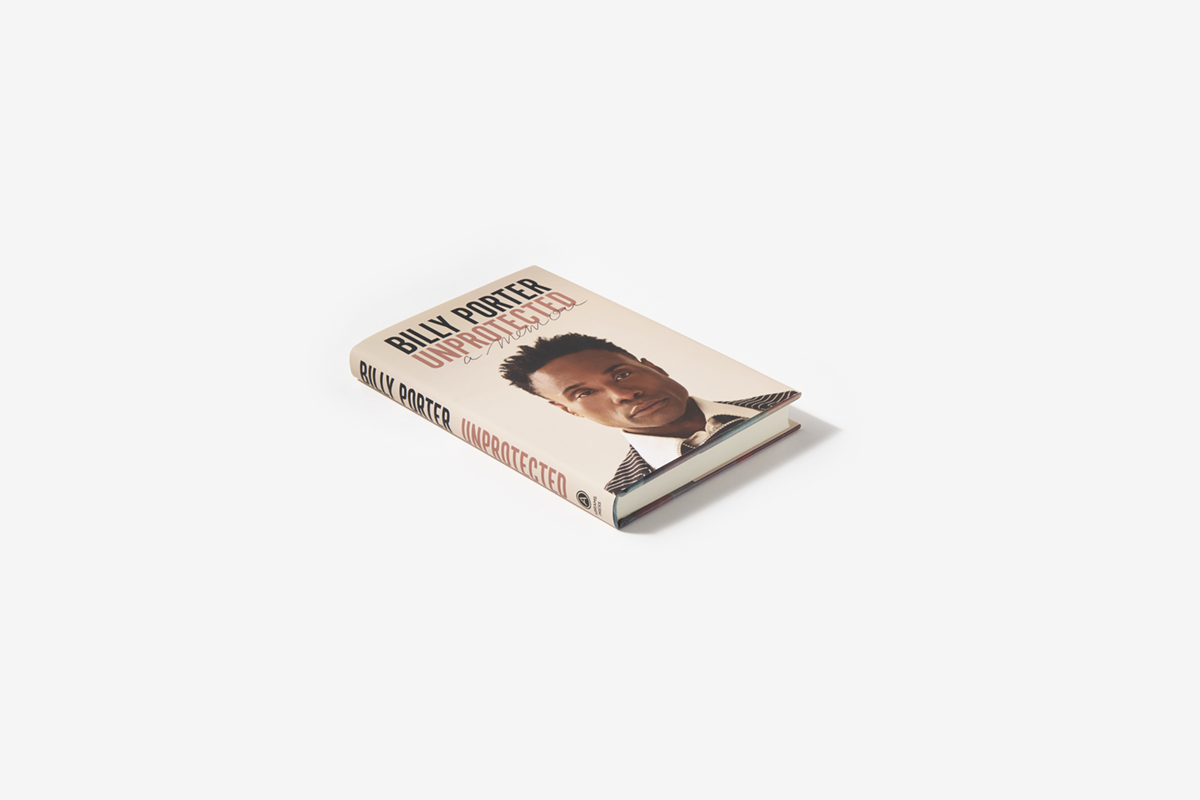 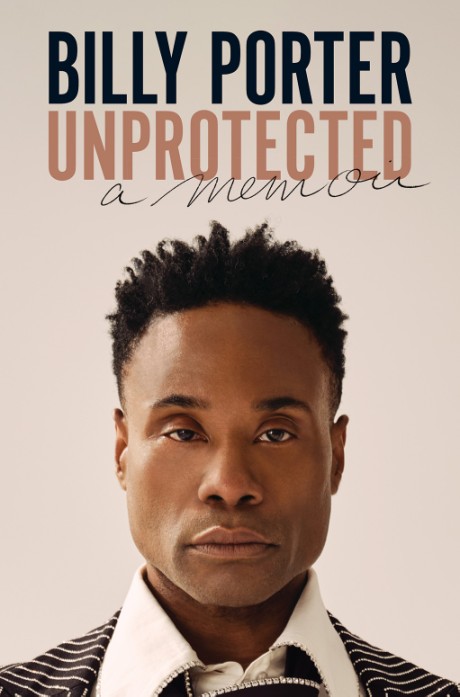 From the incomparable Emmy, Grammy, and Tony Award winner, a powerful and revealing autobiography about race, sexuality, art, and healing

It’s easy to be yourself when who and what you are is in vogue. But growing up Black and gay in America has never been easy. Before Billy Porter was slaying red carpets and giving an iconic Emmy-winning performance in the celebrated TV show Pose; before he was the groundbreaking Tony and Grammy Award-winning star of Broadway’s Kinky Boots; and before he was an acclaimed recording artist, actor, playwright, director, and all-around legend, Porter was a young boy in Pittsburgh who was seen as different, who didn’t fit in. At five years old, Porter was sent to therapy to “fix” his effeminacy. He was endlessly bullied at school, sexually abused by his stepfather, and criticized at his church. Porter came of age in a world where simply being himself was a constant struggle.

Billy Porter’s Unprotected is the life story of a singular artist and survivor in his own words. It is the story of a boy whose talent and courage opened doors for him, but only a crack. It is the story of a teenager discovering himself, learning his voice and his craft amidst deep trauma. And it is the story of a young man whose unbreakable determination led him through countless hard times to where he is now; a proud icon who refuses to back down or hide. Porter is a multitalented, multifaceted treasure at the top of his game, and Unprotected is a resonant, inspirational story of trauma and healing, shot through with his singular voice.

“There is only one Billy Porter. He is blazing a trail where none existed. Whether you noticed the brilliant blaze early (for me, it was his brilliant 2005 live album, At the Corner of Broadway and Soul) or his transcendent portrayal of Lola in Kinky Boots or the unforgettable Pray Tell on Pose, once you see the light, there’s no going back. And it turns out his voice rings just as true on the page as it does on the stage. How lucky we are to witness it in our time.”
Lin-Manuel Miranda —

“Angels show us the way through even the darkest tunnels. In this heartbreaking and hilarious tell-ALL, Billy lights a torch so bright he can save us all!”
Renée Elise Goldsberry —

“At once harrowing and triumphant, relevant and necessary, Unprotected takes us on a journey of using art to heal trauma. What a magical journey to behold, and one that cracks open the space for others to heal too.”
Ryan Murphy —

“I have had the honor of knowing Billy since I was eighteen and just arriving at our mutual alma mater, CMU, where he walked into our classroom and showed enough strength and charisma to fill ten Radio City Music Halls. Unprotected is an opportunity for everyone to feel the same inspiration, love, awe, and explosiveness that I felt.”
Josh Gad —

“Collaborating with Billy has been one of the greatest joys of my career. Billy embodies everything a true artist really is. His passion for being his authentic self is something most should aspire to. Just to experience his presence is an absolute honor. He is a real class act, and I’m lucky to be able to create for such an iconic and empowering person.”
Christian Siriano —

“Bold, hilarious, honest, and singular. Words once assigned to Billy as an entertainer will now be attributed to him as a writer. Unprotected is a record of survival, commitment to authenticity, and healing; a road map out of hell.”
Leslie Odom, Jr. —

“Haunting and inspirational, this is both a powerful indictment of the lasting harms of bigotry and an immensely moving account of moving forward.”
Publishers Weekly STARRED Review —

“In Unprotected, Porter’s voice on the page aptly matches his go-for-broke vocal instrument. He holds little back, never shying from raw emotionality, but avoiding histrionics… This is not just a memoir, saints; this is a testimony. He is telling a story and he is spilling the tea and he is working through deep wounds in pursuit of a clearer path to a full experience of personhood.”
New York Times Book Review —

"Stirring… not just a show business tell-all… though there’s a full helping of that… Porter delivers a searing indictment of how America treats race, sexuality and anyone outside the norm. Clear and piercing, his justified indignation is as defined as his singular singing voice and flashy fashion.”
The Washington Post —

“An unfiltered look at many of Porter’s highest and lowest moments… Much of Porter’s story has been out there for years, but never presented in such a raw and concentrated manner… Porter did what he does best with Unprotected: Slay.”
Pittsburgh Post-Gazette —

“as exceptional as Porter himself”
Library Journal (starred review) —

Billy Porter is an actor, singer, director, composer, and playwright from Pittsburgh, Pennsylvania. He is the winner of the 2019 Primetime Emmy Award for Outstanding Lead Actor in a Drama Series for his portrayal of Pray Tell in Pose—the first openly gay Black man to be nominated and win in any lead acting category. Porter is also the winner of the 2013 Tony, Grammy, Drama Desk, and Outer Critics Circle Awards for his groundbreaking performance as Lola in Kinky Boots. As a director, among other shows, Porter helmed the revival of Suzan-Lori Parks’s Topdog/Underdog at Boston’s Huntington Theatre, where he was awarded the Elliot Norton Award for Best Director.